ST. LOUIS, MO—Owner and publisher at St. Louis–based comics and graphic novel publisher The Lion Forge, LLC has formed a sister company, Syndicated Comics, LLC, that has acquired the widely recognized, authoritative voice of the comic book industry, The Beat, and announced a strategic partnership between Lion Forge and Syndicated Comics to support The Beat and its editor-in-chief, Heidi MacDonald.

“My personal mission is to see readers all of ages, ethnic backgrounds, sexual orientations, and gender identification reflected in the comics media,” says new publisher David Steward II. “Heidi MacDonald and The Beat have been THE authoritative voice of our industry, presenting insider knowledge in a format that is welcoming to a broad audience. Following the closing down of ComicsAlliance, we all need to work to preserve diverse and inclusive coverage of comics. This partnership furthers my personal desire to see the industry grow and continue to reach new readers.”

“The Beat has survived many ups and down in both the comics business and the journalism business, and joining Lion Forge is a natural evolution of our mission,” says founder and editor-in-chief, Heidi MacDonald. “The comics medium is more vital, diverse, and groundbreaking than ever, and with the resources we now have, we’ll be able to bring these developments to an ever-wider audience. I’m grateful to David Steward and the whole Lion Forge team for their vision in forging this partnership and incredibly excited about what the future holds.” 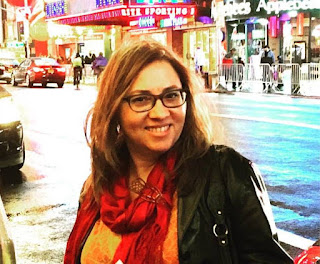 Heidi MacDonald is an award-winning editor and journalist who has been covering the comics industry for more than 20 years. As an editor at Disney and DC Comics, she edited such titles as The Lion King, Scooby Doo, Swamp Thing, and Y: The Last Man. She has spoken about comics and their culture around the world and cohosts Publishers Weekly’s graphic novel podcast More to Come.

Established in 2004, The Beat has been covering the world of comics, graphic novels, comic cons, and pop culture daily to an audience of both fans and industry influencers. It is a two-time nominee for the Will Eisner Award in the Best Comics-Related Periodical/Journalism category and the winner of the Shelf Dorf Award for Best Comics Blog. In 2017, The Beat was added to the Library of Congress’s historical archives.

Lion Forge Comics strives to publish comics that everyone—regardless of background or ethnicity—can identify with. The original graphic novel Andre the Giant: Closer to Heaven was nominated for three Glyph Awards, as well as the Dwayne McDuffie Award for Diversity. Lion Forge Comics also includes the Roar imprint for young adults and the CubHouse imprint for readers twelve and under. It is also home to the Magnetic Collection of premium and critically acclaimed comics and graphic novels, boasting multiple Eisner Award nominees. From licensed properties, including Dreamworks’s Voltron Legendary Defender, original work from top independent creators, and the original and all-inclusive Catalyst Prime superhero universe, there is something for every level of comic fan, young and old, across multiple imprints and formats.

Lion Forge Comics—Comics For Everyone. Visit www.lionforge.com for more information.