FOR BETTER OR FOR WORSE newspaper comic strip collected

By pghhead - October 31, 2017
Collect the Entire Run Chronologically Beginning with Volume One

San Diego, CA (October 31, 2017) – One of the most beloved comic strips of all time, this new collection of For Better or For Worse, produced with Lynn Johnston’s oversight, is the definitive edition, collecting each decade of the strip in hardcover volumes, the first of which is now available to purchase. During For Better or For Worse’s decades-long run, the world witnessed the Patterson family grow up in real time, garnering a devoted audience of more than 220 million along the way. This debut volume begins with the strip’s premiere in September 1979 and goes through the end of 1982, reprinting more than three years of the daily and Sunday comics, with all Sunday comics printed in color. The book will feature a new cover panel by Lynn Johnston, and occasional context notes and comments. 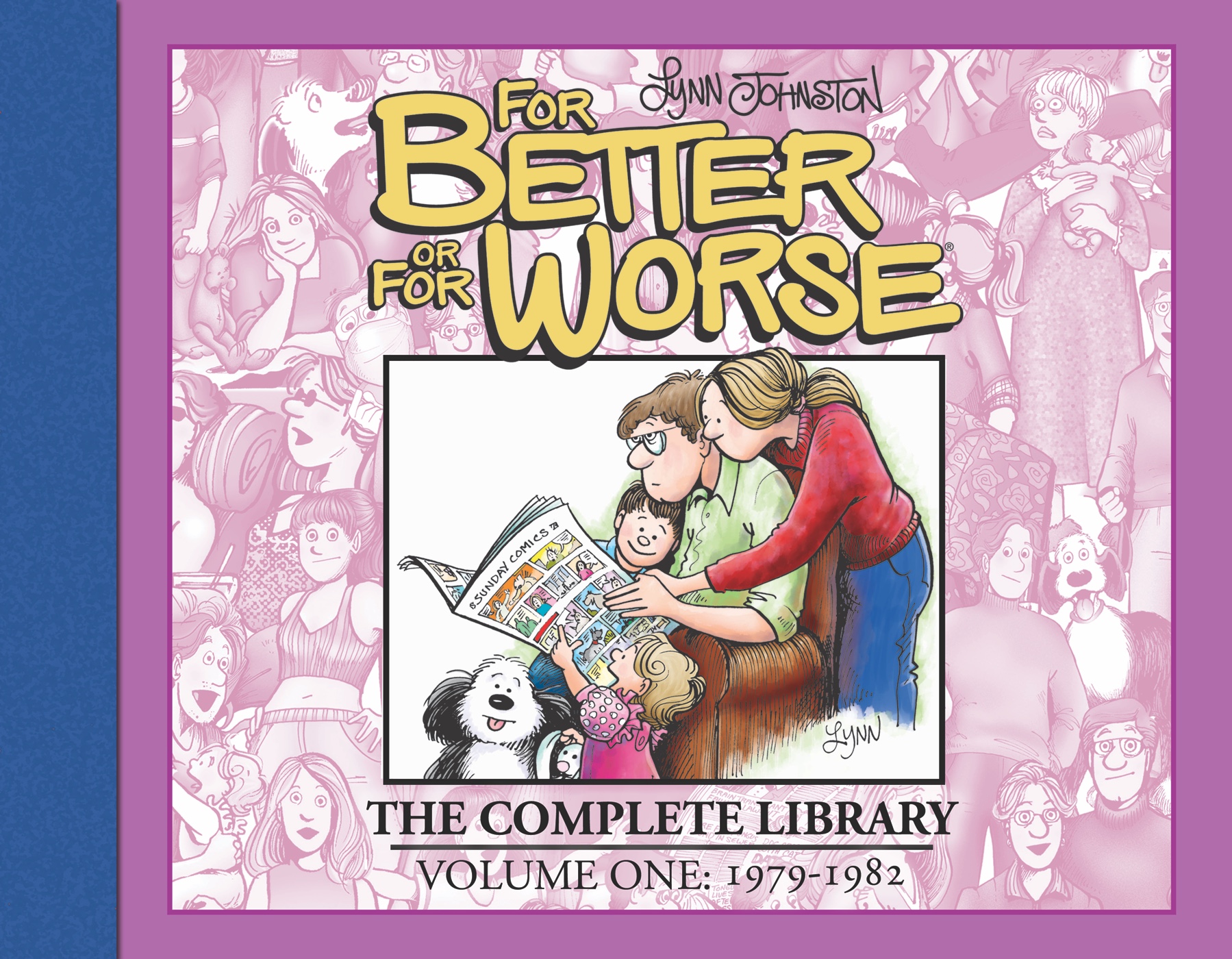 “I am absolutely thrilled to see my body of work put in a lasting format like this,” said Lynn Johnston. “It really hits home for me as you forget the things that you did all those years ago and it brings back so many memories. I am excited by IDW’s interest in my work as I never expected to see it in hardcover. It's a wonderful way to preserve the For Better or For Worse comic strip in its original form and I am honoured to be one of the artists whose work IDW and the Library of American Comics has chosen to publish. They have set me among some of the industry greats; something I will never take for granted!” Reunite with some old friends in the pages of this treasured comic strip or meet them for the first time. For better or worse, you’ll be glad you did. Lynn Johnston is available for interviews upon request to discuss the newly collected For Better or For Worse. Please inquire with the press contact above with your press credentials if interested. Check out a video of Lynn unboxing Volume 1 for the first time here. https://www.youtube.com/watch?time_continue=413&v=oEi-qALvVBU&utm_source=Marketing+-+Media+Lists&utm_campaign=7045018d49-EMAIL_CAMPAIGN_2017_10_30&utm_medium=email&utm_term=0_b0dc13b2d9-7045018d49-82868785&mc_cid=7045018d49&mc_eid=b1822bf1af Author bio: Lynn Johnston was born in Ontario, Canada. She is the first woman to receive the Reuben Award for Cartoonist of the Year from the National Cartoonists Society. Lynn began For Better or For Worse in 1979. She told the saga of the Pattersons for 29 years, until August of 2008, when she retired from the daily production of new strips and storylines.For Better or For Worse: The Complete Library, Volume 1: 1979-198211” x 8.5” landscape hardcover, 544 pp., $39.99October 2017