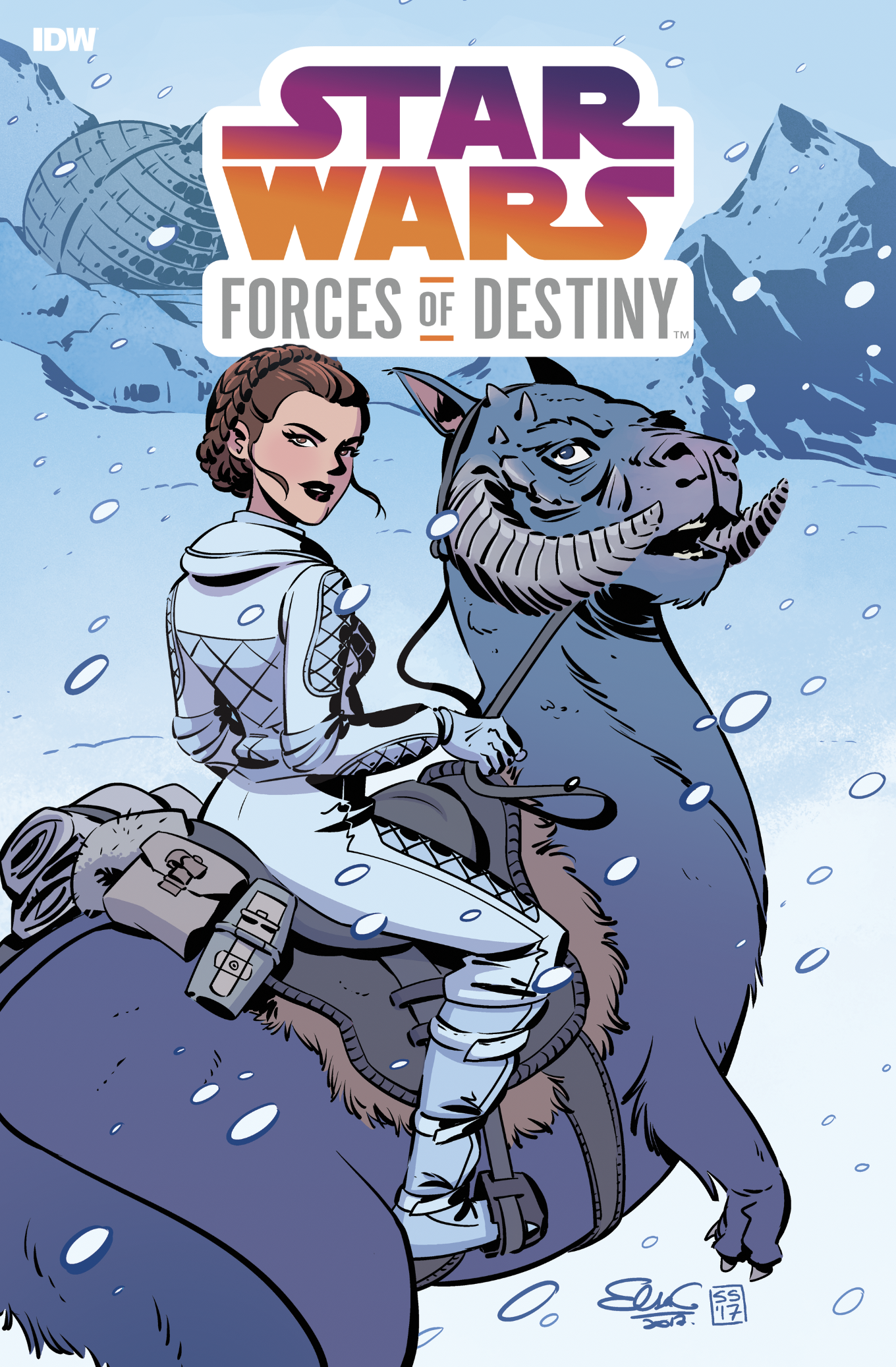 Just as exciting are the talented creators who will be bringing these beloved characters’ stories to life, including an impressive roster of female writers from across the galaxy: Delilah S. Dawson, Elsa Charretier, Beth Revis, Jody Houser, and Devin Grayson. Art and covers will be provided by Elsa Charretier, Arianna Florean, Eva Widermann, Valentina Pinto, andNicoletta Baldari. Charretier will also contribute five interconnected variant covers, which combine to create an iconic Forces of Destiny image. Collectible animation cell variant covers will be available from your retailer, as will a super-rare variant by Annie Wu.“The Forces of Destiny initiative has won over fans with its inspiring tales about these iconic heroes,” says Senior Editor Denton J. Tipton. “IDW Publishing couldn’t be more excited to be part of the celebration of these beloved characters.”May the Force(s) be with you this January when Star Wars Adventures: Forces of Destiny arrives weekly!