The Comic Shop Survey -- Do You Think They Care?

During the last week of April, I sent an email to various comic shops in the Pennyslvania, Delaware, and Maryland tri-state area inviting them to participate in a survey about top selling books at their stores.

Guess I picked the wrong week to send that out, since everybody was working hard to get ready for Free Comic Book Day.  I did hear back from one shop, but held off on posting the article in hopes that the other shops might answer me before the end of the month.

Maybe they are all still busy.  Or buried my invite under all the other junk mail they get.

Maybe there’s another reason.  They aren’t really interested in pulling this information together in order to answer me, although I can’t think of a reason why.  It’s still a topic of interest to me - - so I’m going ahead with what I have. 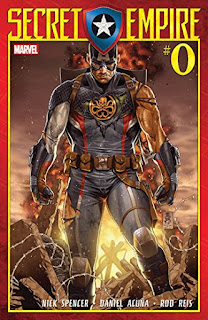 A big BC Refugees thank you to RANDY GRACE of THE MAROON HORNET comic store in Oxford, PA.  The store has only been open since October 2016, but they continue to add merchandise every week and are building a nice customer base. I expect big things from this shop.  Keep your eye on them!

WHAT WAS YOUR TOP SELLING BOOK FOR APRIL 2017?

It was a tie between DEADPOOL VS PUNISHER #1 and SECRET EMPIRE #0.

WHAT WERE THE OTHER BIG SELLERS IN APRIL?

WHAT WAS YOUR MOST PRE-ORDERED BOOK FOR APRIL (Not April orders for June books, but what book was pre-ordered back in February for release in April?) Did it match your biggest seller for the month, or was it a different book?

DID YOU SELL OUT OF ANY BOOKS DURING APRIL?  WHAT WERE THEY?

WHAT IS THE MOST ANTICIPATED BOOK AT YOUR STORE FOR MAY 2017 RELEASE?

EDITOR’S NOTE:  At least for now, Marvel rocks as far as the comics fan base in Oxford, PA is concerned.  Of course, Marvel and DC put out the most titles each month - - and comic shops wouldn’t dare not to have a good selection of both publishers available. So it’s no surprise that they dominate the rankings.  And they dominate the Diamond top seller list as well.  On the plus side, most of those other publishers are selling more than enough books to be profitable - - and hurray for that.  I love the current multitude of comics publishers with titles covering almost all genres of interest.

I was primarily interested in getting some feedback from local comic shops because all the news I can find about top sellers has to do with the pre-order model.  So, it’s easy to find out what sells out at the distribution level, before it even gets to comic store shelves. But, I’m interested in finding out what’s selling in each individual area.

I understand why there are no agencies making statistics available about the actual sales in comic shops. Since the publishers and distributors are making a living from the pre-orders - - they don’t have to worry about whether the books sell.  They have no reason to care about what happens after it gets to a store. They’ve already been paid.  It’s up to the local comic shops to make sure they sell through what they order.

I’m interested in learning how close those top sellers in the stores are to the top sellers at the pre-order level that Diamond and others report on.  Let’s look at April for example . . . . . 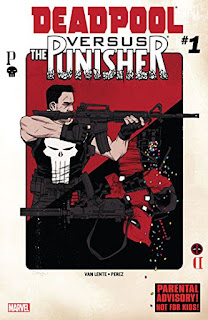 Very interesting.  I wonder how the other comic shops did in comparison?  Perhaps I’ll get some feedback now that the first survey has been posted.  Let me know what you think.