EDITOR’S NOTE:  Here is a list of upcoming books that I feel are worth your attention. Some readers may look this over and note the majority are IDW titles. That’s because they are publishing some of the most interesting debut books in this particular month. Most of the books on this list are titles that I expect to be under-ordered by local comic book shops - - so if you want a copy the best way to insure that is to pre-order now in May. . . . . . . . 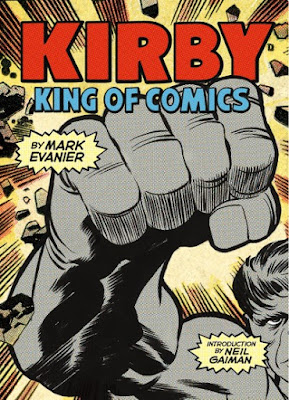 KIRBY: KING OF COMICS ANNIVERSARY EDITION Written by Mark Evanier.  $24.99 softcover.  If you missed picking up the 2009 hardcover, large-sized edition of this book, now is your chance to score a copy. It’s essential reading for anyone who wants to know more about the man with a skill set that went far behind illustration. He was also a dynamic pioneer of story-telling, and possessed an incredible creative imagination.  KIRBY: KING OF COMICS won the 2009 Eisner Award for Best Comics-Related Book.

UNHOLY GRAIL #1  Written by Cullen Bunn. Art by Mirko Colak.  A Lovecraft spin on the King Arthur legend. I love both of these mythos.  Should be an entertaining blend.

49TH KEY Trade Paperback. Written by Erika Lewis. Art by K. Woodward. This was a popular serial that ran through Heavy Metal issues, now collected in a 120-page volume at a reasonable price of $9.99. Based on the 16th century legend of Enochian magic, a secret language of angels.

DREAD GODS #1  Written by Ron Marz.  Art by Tom Raney & Bart Sears.  It’s the beginning of the Ominous Press line of books, crafted by the same creative team and featuring a blend of science-fiction and fantasy with epic heroes.  This was previewed at the 2016 Baltimore Comic-Con. The artwork on display was just incredible.

TIME & VINE #1  Written and illustrated by Thom Zahler.  Drink a glass of wine and travel back in time to the year it was bottled. A new work by a great creator of whimsical fantasy.

BEHIND YOU: ONE-SHOT HORROR STORIES  Written and illustrated by Brian Coldrick.  Hardcover. 152 pages. $15.99. This collects the popular webcomic that began in early 2015 and has amassed some high-profile fans from within the horror genre. Each story is composed of one illustration and one piece of text.

HAP AND LEONARD: SAVAGE SEASON  Written by Joe R. Lansdale. Art by Jussi Piironen. Trade paperback. 128 pages. $17.99  This is the first graphic novel of the popular crime series that takes place in back country, low income habitats of Texas. Adapted for comics by the series creator and writer, Joe R. Lansdale. If you’ve never read his works, you are in for a treat. I’ve read this novel twice, and watched the first season of the HAP AND LEONARD television series, which also adapts Savage Season- and still can’t get enough. Looking forward to this, even though I know the storyline and outcome very well.

KILL OR BE KILLED, VOLUME 2  Written by Ed Brubaker.  Art by Sean Phillips and Elizabeth Breitweiser.  Trade Paperback. 160 pages. $14.99. Brubaker's tale of an unlikely vigilante will get under your skin.  A skillful examination of the mental state of the main character. Plus plenty of Punisher-like action and drama.  You can start here, but after reading this you will be seeking out Volume 1 to learn of the beginnings of this conflicted and fascinating individual. 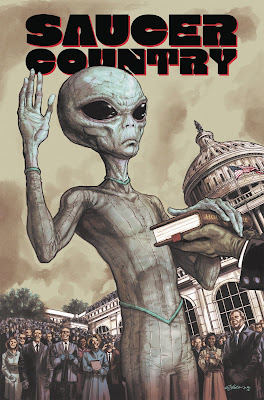