New Godzilla figure looks imposing- - so is the retail price 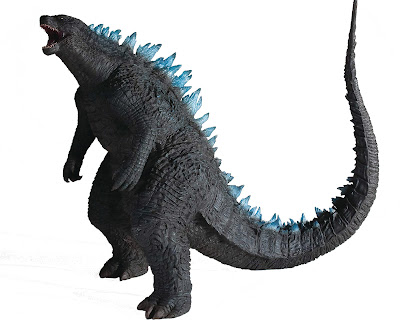 Citizens will have to protect themselves from the likes of Gigan and King Ghidorah with this Godzilla figure, based off 2014’s Godzilla. Godzilla rejoins the X-Plus figure line, with new features like the jagged blue spines going down his back. The antihero is also ready for battle with its roaring head sculpt.

This PREVIEWS Exclusive figure is featured in the May issue of Diamond’s PREVIEWS catalog. It will carry a suggested retail price of $180.00, and will be available in stores late October 2017.

Fans don’t have to travel to Monster Island to pre-order their own Godzilla Figure: they can just go to their local comic book specialty shop.