BC looks at DC Rebirth: THE FALL OF SUPERMAN

EDITOR’S NOTE:  We continue with our exploration of DC Rebirth with this second review, covering another key event that occurs before the introductory REBIRTH giant-sized issue.  Our first article, reviewing LOIS AND CLARK can be found at this link . . . . .  http://bcrefugees.blogspot.com/2017/03/bc-looks-at-dc-rebirth-part-1-where-to.html 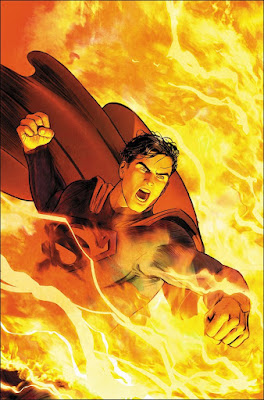 That’s what this eight-part storyline attempts to tell (and does a good job) across the four DC titles that feature the Superman of New 52.  Because he is the Superman who is dying, in order for a pre-Flashback version of Superman (complete with wife Lois and young son Jonathan) to become the dominant player in the DC Rebirth universe.

However, as we have learned post-Rebirth, things don’t become simpler in the Superman universe. Seems like there are as many versions of this character after Rebirth as there ever were. In addition, before the eight issue story of The Fall Of Superman concludes, yet another version is introduced and soon after is retired after serving as one more nail in New 52 Superman’s coffin.

Confused?  Reading it might help. But I can’t guarantee that. Although, I haven’t been following Superman on a regular basis, and was still able to understand the who, what, when, where, and why of this one. I picked up the individual issues based on the strength of the excellent LOIS AND CLARK mini-series that came before these events.

I hate to admit this next statement, since I really admire the skills of writer Peter Tomasi, especially the way he played up the complicated family dichotomy in BATMAN AND ROBIN, often tugging at readers’ heartstrings with some very emotional scenes. I think the storytelling of Dan Jurgens does him one better in LOIS AND CLARK, especially when comparing it to the emotional scenes of The Fall Of Superman. However, to be fair about it - - Tomasi is tasked with a lot more in this story, wrapping up the final days and tying everything together. Plus, there needs to be more action to carry the story forward, which sometimes pushes the emotional story to the background.

I don’t want to spoil the story by telling too much here. I recommend this crossover series to anyone who plans to read deeper into the new Rebirth titles.  It helps readers understand some of the later events that occur and sets the stage for many of them, especially the emergence of the Chinese version of a young Superman.  It also provides more detail surrounding that shocking panel in the introductory REBIRTH book that shows a fallen Superman.

Basically, it’s a combination of battle fatigue from three key events that leads to the downfall of the New 52 Superman, especially after he tackles the newest threat that arises.  He’s lost some of his strength and power, is slower and often tires out as the Kryptonite poisoning inside him eats away at his core like a cancer. In his final days he reaches out to family, friends and loved ones to say goodbye one last time. Before it ends, he meets the pre-Flashback Superman who will eventually take over his role as Earth’s protector. 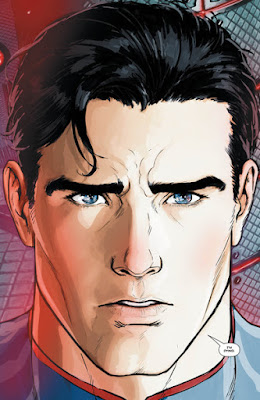 Some highlights for me:

If you’re interested in reading this, it’s not necessary to track down the individual issues - - unless you enjoy the thrill of the hunt.  The Fall Of Superman story has been collected in both hardcover and trade paperback editions.

STORY:  Very well done  It helps that Peter Tomasi is the one and only scripter on all the titles involved in the story.  He covers all the bases and throws in a few neat add-ons.  2.5 POINTS

COVER:  While the covers are good and indicate the story inside, I expected a little more impact considering the nature of the story. Only 2-3 of 8 covers really hit that mark.  1 POINT.

READ AGAIN?  Yes.   I’ve read this at least four times over the past year, and still find something to appreciate in each reading. 1 POINT.

RECOMMEND?  Yes. If you want to explore DC Rebirth, this series and LOIS AND CLARK are excellent, but not necessary, starting points. They will enhance your appreciation and understanding of the main event.   1 POINT.