EDITOR’S NOTE: Holy collectibles, Batman!  Diamond is bringing out so many cool action figures in the month of April - - what a tease!  No way could we afford to buy them all.  Also, no way a comic shop is going to be able to stock multiple figures of all of these. Which once again brings us to our point about Pre-Orders.  You like what you see? You want to buy it?  Do yourself and your local comic shop a favor and pre-order these items.  You don’t have to pay until you pick them up - - and they’ll be waiting for you and no one else.  The only way to make sure you can get one. (We haven’t even featured even one of the figures debuting in April. These are just the ones that really caught our eye!) 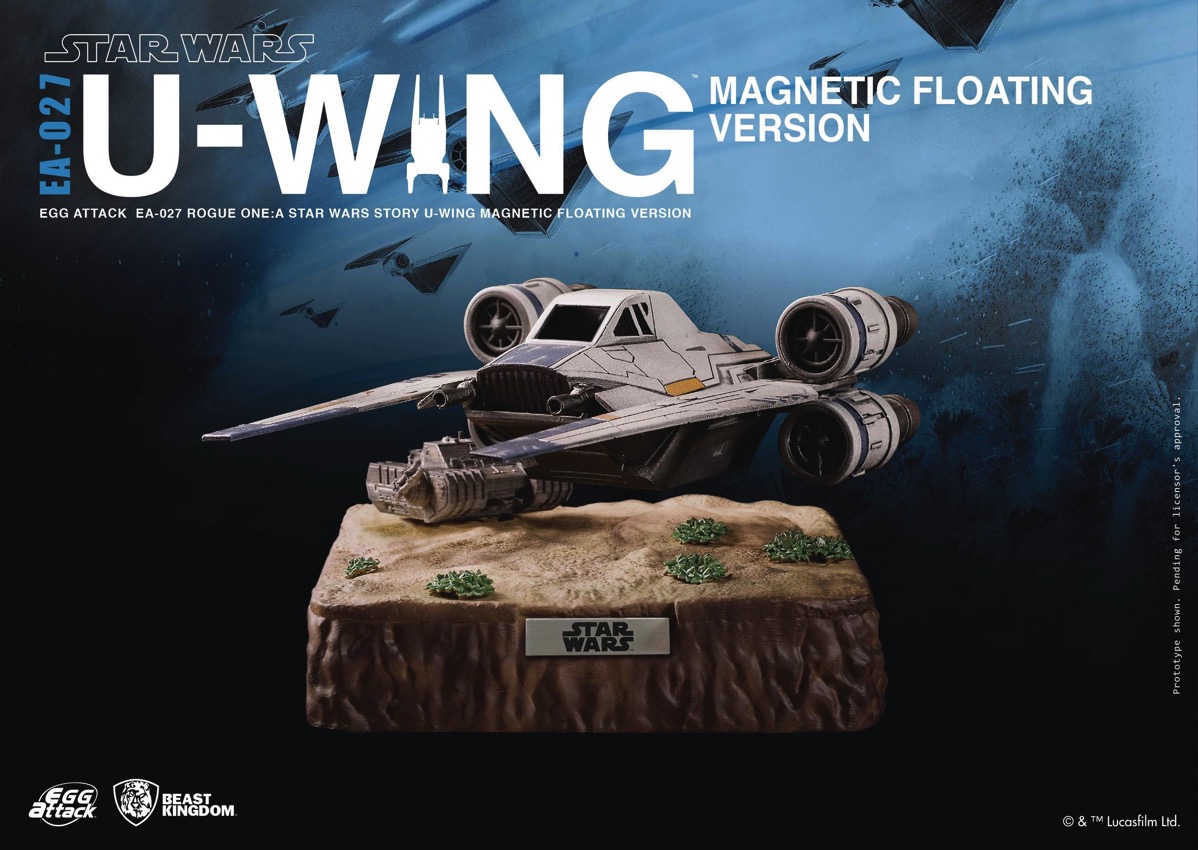 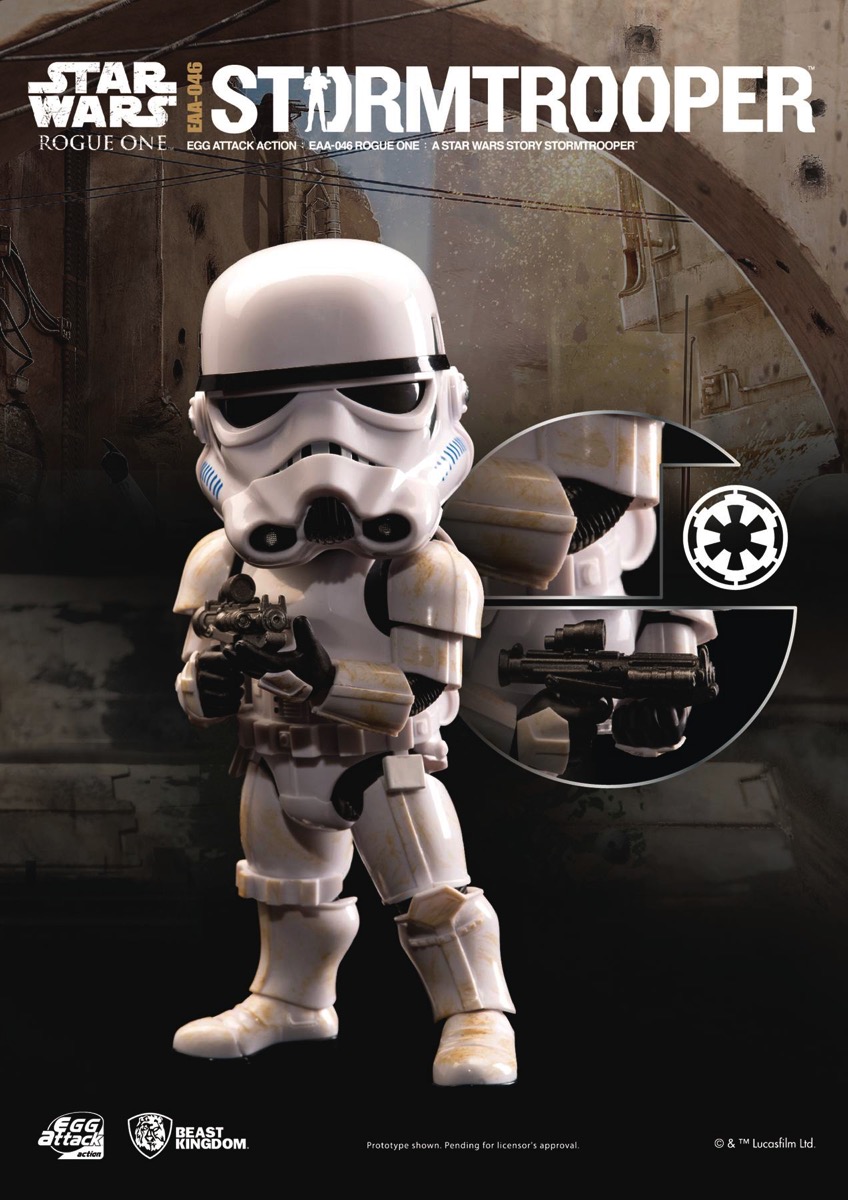 The Rebellion’s new U-Wing fighter utilizes unique electromagnetic attraction and repulsion principles to float in the air—unveiled just before the release of Rogue One this has become a popular new piece of Star Wars lore. The Darth Vader Rogue One figure faithfully represents the setting in the film with Vader’s cape and vest made with real fabrics and metal wire, along with three pairs of extra hands and his indispensable lightsaber. With weapon accessories like the SE-14 blaster pistol and E-11 blaster rifle, the Rogue One Stormtrooper comes ready to enact the Empire’s wrath and features a faithful reproduction of the Stormtrooper’s appearance in the most recent film.

These three PREVIEWS Exclusive figures are featured in the February issue of Diamond’s PREVIEWS catalog. The U-Wing carries a suggested retail price of $165, while the Darth Vader and Stormtrooper figures carry $73. Both will be available in stores April 2017.

Fans can pre-order their own Beast Kingdom Egg Attack Action Figures at their local comic book specialty shop to ensure they can join the galactic conflict.  To find a comic shop near you and order, visit http://www.comicshoplocator.com/Home/1/1/57/575. 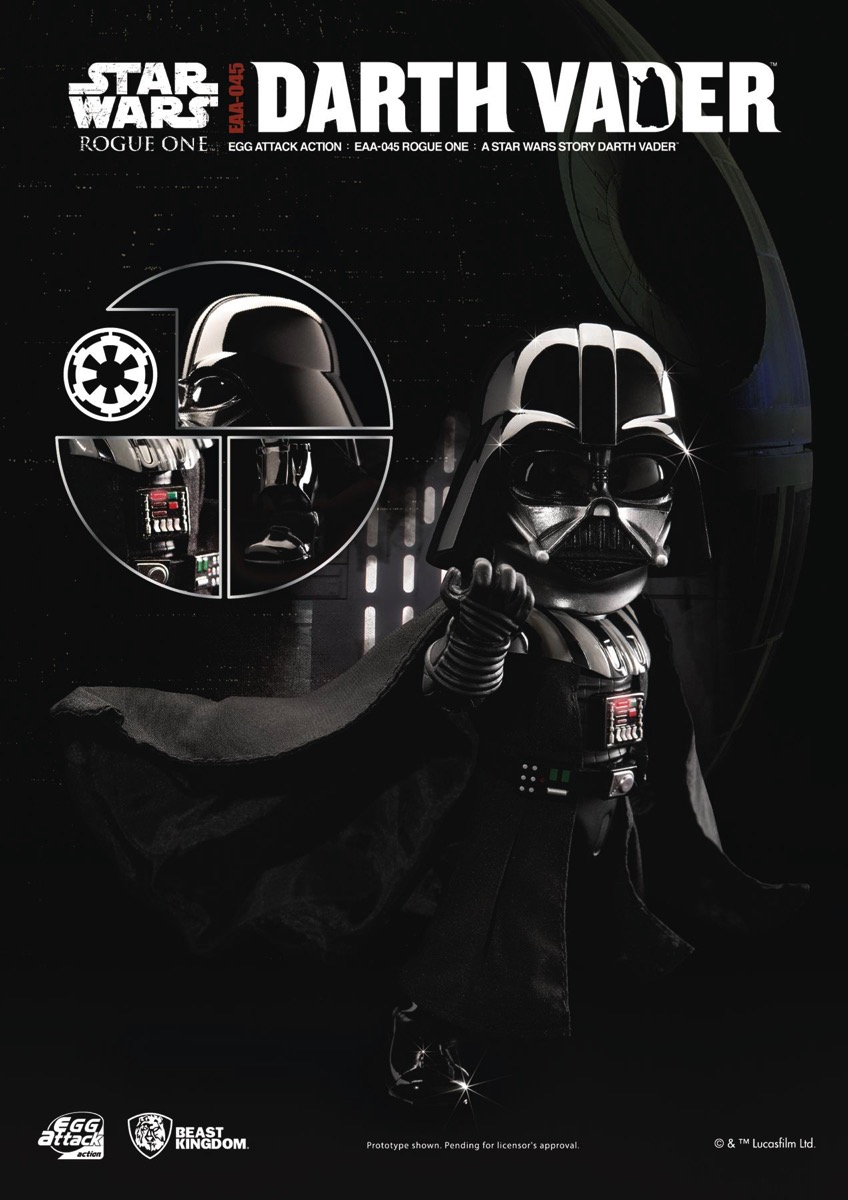