EDITOR’S NOTE: We’ve spent several articles trying to persuade comics readers to always pre-order their books from the local comic shops. It’s a highly profitable era for the comics industry, but unfortunately not much of that profit is trickling down to the local store.  They have to work hard and work smart to make a respectable income, and not the big numbers that the publishers and distributor enjoy.

We’ve dedicated a lot of space to talking about what readers and fans should do.  How about the rest of the industry?

Comic shops can help their own cause. They need to do more to promote pre-ordering from the PREVIEWS catalog. Maybe give some of those away to the regulars once or twice, or just to the big spenders.  Let customers browse through the catalogs and place their orders on the spot while still in the store.  One comic shop that we patronize, Captain Blue Hen in Newark, DE, prints out a one-page checklist of new books and keeps these near the cash register so customers can quickly check off books they want held for them. That’s a good idea.

On the upside, comics publishers are realizing the importance of comic shops to the long term future of their industry and are beginning to be more supportive in terms of helping with promotions, offering incentives, and sometimes buy-back policies when stores increase stocking levels.  There needs to be more of this.

As a distributor, Diamond needs to be more understanding of the needs of their customers.  I don’t think the founder, Steve Geppi, is at fault. He started as a small comic store owner and grew his company to what it is today - - huge. He’s a true comic fan. What may have happened is that Diamond went from being a fan-created company to a bigger corporation and now the financial people and bean-counters are calling the shots. A good beginning would be for some of those people to get out in the field and visit and talk shop with a few comic store owners.  To us, the no return policy that’s been an integral part of Diamond forever, needs to be re-considered. Seems to us that Diamond is set up better than anyone else to put in place a system to take unsold books back. Why should the local comic shop be stuck with excessive inventory?

We don't claim to be an expert on these matters, just a concerned life-long fan of the comics arts who feels that the shop owners on the front lines need a bit more support.

We start off our last Pre-Order Pick column for this month with a new limited series that in it’s first initial story arc required 10 reprinting due to sell-outs.  Stores will probably stock a few more copies of the new series, but you know how you can help.  Pre-order these books!

BRITANNIA: WE WHO ARE ABOUT TO DIE #1 of 4 Written by Peter Milligan.  Art by Juan Jose Ryp. Rated Teen+. Prestige format. 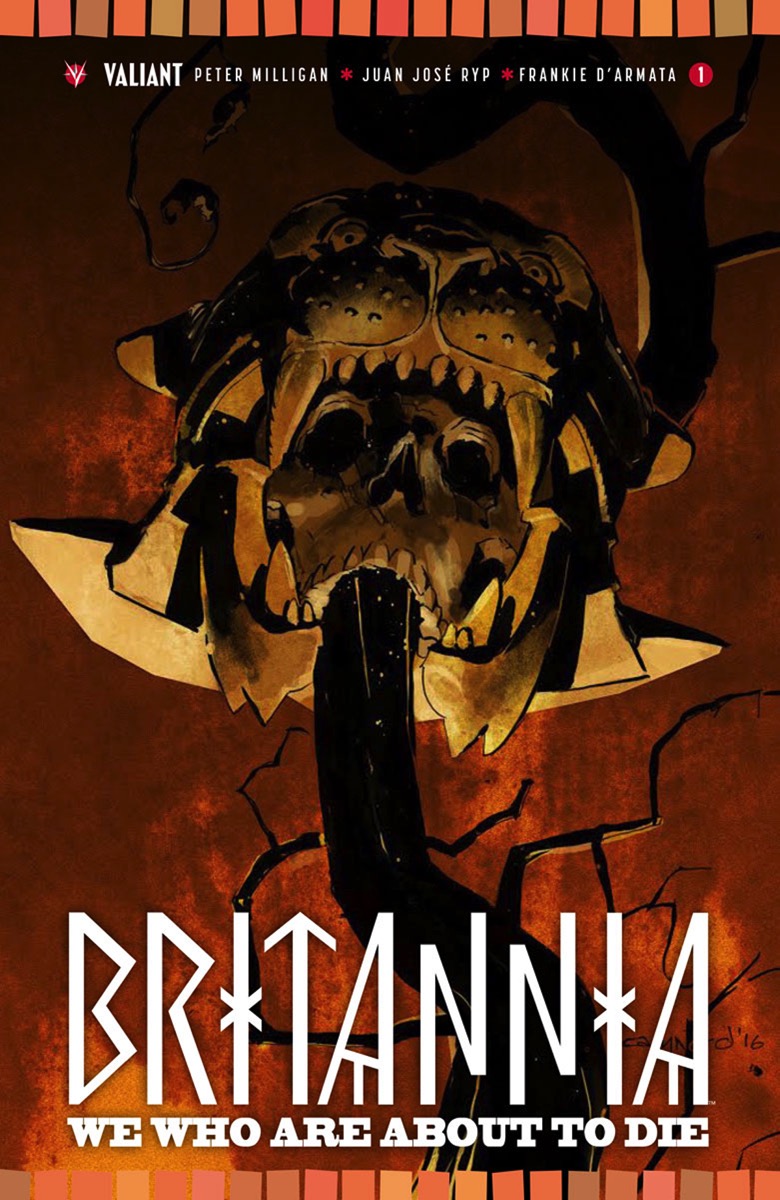 early days of the United Kingdom, when most of Great Britain was under the thumb of the Roman Empire, is a fascinating period in history. The ever-able Milligan mixed historical fiction in with mystery and murder for a suspenseful first story arc. We expect no less from this new story.

From the PREVIEWS catalog: “Fifty thousand Romans stand on their feet, watching from the rafters of the coliseum with captured breath as Achillia, a gladiator unlike any that Rome has seen before, faces incredible odds — one lone warrior against five of Rome’s greatest.  Such is the tradition when a female gladiator enters the fray.

When the carnage is complete, the coliseum roars its approval as Achillia stands victorious.  Now only one match away from winning her freedom, she has begun to gain renown.  The women of Rome, suppressed by their husbands and fathers, have noticed.  The men of Rome, husbands and fathers to a growing horde of women entertaining ideas of independence, have noticed as well.

On the other side of Rome, a strange mystery swirls through the Palatine Hill.  In the dead of night, down winding alleys, Rome’s elite swear that they see visions of a blood-soaked Apollo walking the city . . . visions that are driving them mad.  Even more are becoming sick with weird fever god-dreams.  Panic ensues in the city.

The Chief Vestal, Rubria, is arrested by Emperor Nero and threatened with crucifixion unless the deadly curse that’s fallen on Rome is lifted. She asks Antonius Axia, head of Britannia and Rome’s only detective, for help.  She offers only one clue  . .  the gladiator Achillia.” 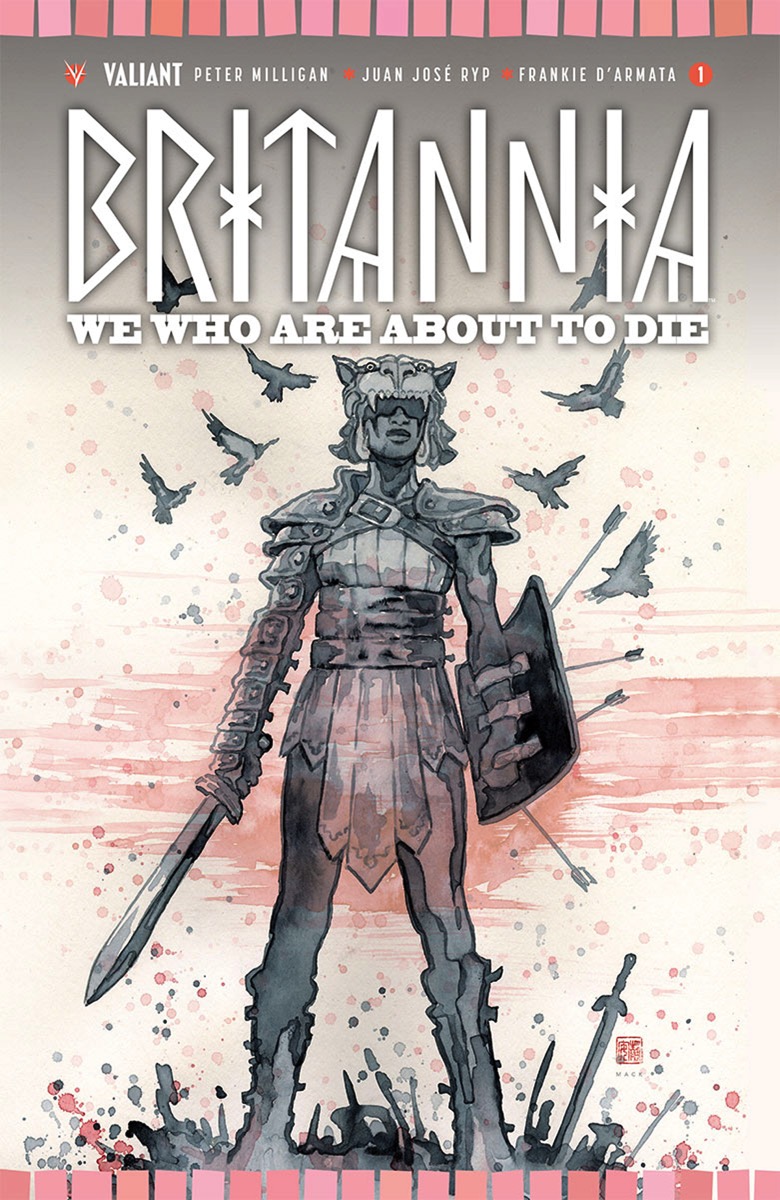 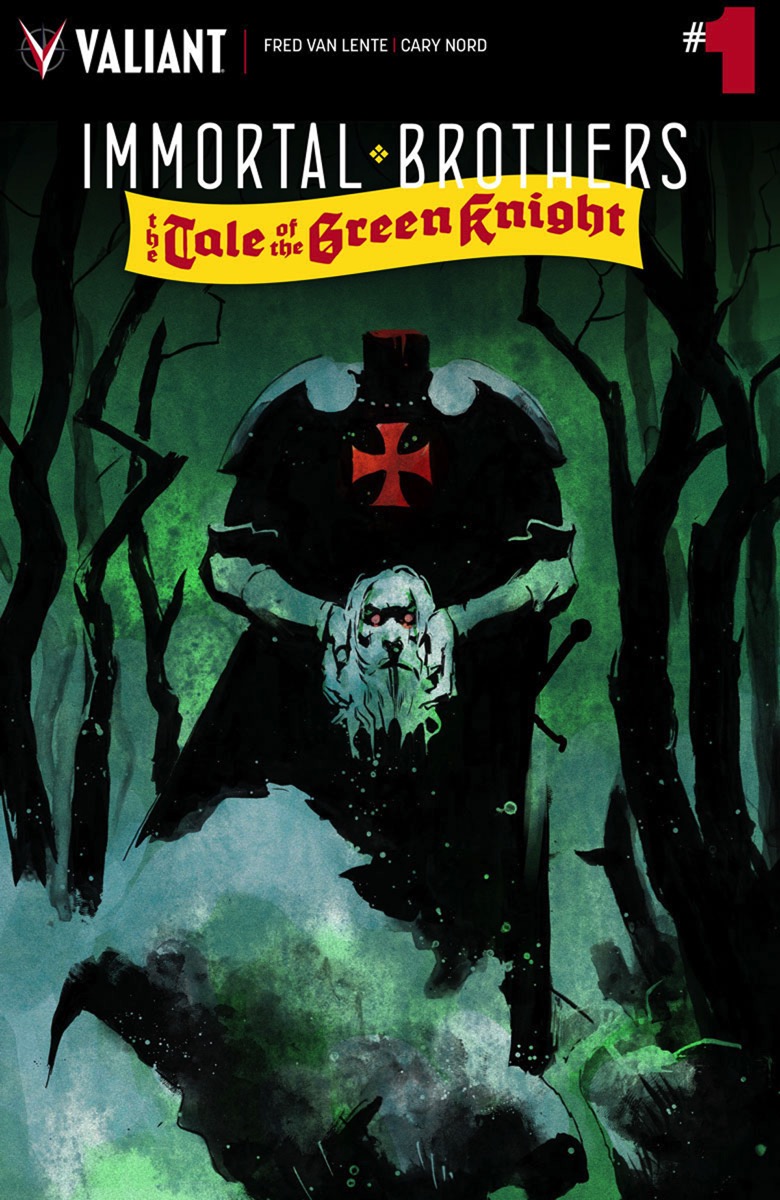 Van Lente on story and Nord on art - - a dynamic duo for sure. It’s a stand alone tale of The Eternal Warrior in the time of Camelot. That’s a surefire recipe for a great story. The synopsis appears to contain enough spoilers to tell the entire story, but we suspect that is only the tip of the iceberg and expect to find a lot more under the surface layer.

“It’s winter at King Arthur’s court in Camelot, when the monstrous Green Knight appears at the Round Table wearing no armor and bearing a gigantic axe.

Eager for a challenge suitable for the weaker knights, he insists that they participate in a friendly ’winter’s game’.  Anyone can strike him once with his axe, but on the condition that the Green Knight may return the exact blow in one year’s time.

Arthur agrees to the games, but the youthful knight, Gilad, takes up the challenge to protect his king.  Much to the court’s surprise, the Knight doesn’t move as Gilad strikes his head off.

The Green Knight picks ups his own head and gives Gilad his own mighty axe, telling him he is fated to receive the same blow before the year is out.

Now, Sir Gilad must solve the mystery of who the Green Knight is before his hour at the axe comes to pass!  but first, he’ll need to find some help . . . in the form of his immortal brothers, who will be united once again." 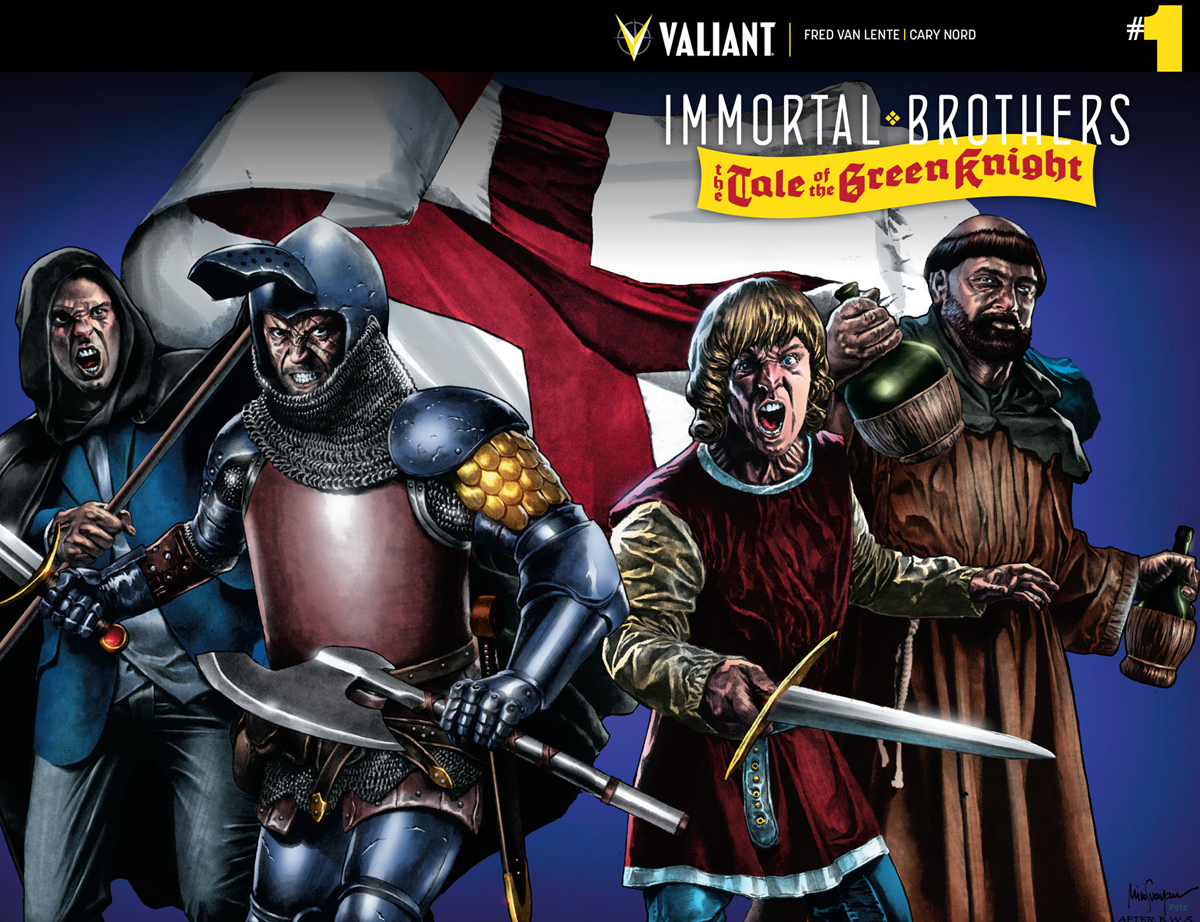