EDITOR’S NOTE: Here’s yet another reason why dedicated comics and genre fans should be pre-ordering their stuff each month.  At $55+ a pop, you shouldn’t expect to see a half-dozen of these goodies on display in your local comic shop. And don’t be walking in your local store expecting to see a bunch of those Marvel Civil War figures either — those are $100 a pop.  The comic store has to pay for everything they order —and with a no-return policy, they can’t afford to play guessing games.  That’s why you need to pre-order — to make sure you get exactly what you want. If you want one or more of these figures, do the right thing and pre-order it. Unlike the shop, you don’t have to pay until you pick it up.

You’ll find two unforgettable figures from the Empire’s trek across the sands of Tatooine: a fierce Sandtrooper and faithful Dewback. The Dewback is incredibly detailed—made of vinyl, it has ten moveable joints and comes with saddlebags to complete is ornate design. The Sandtrooper stands at 6 inches and has over 24 points of articulation, painted with expert technique to perfectly represent the damage from Tatooine’s unforgiving desert. 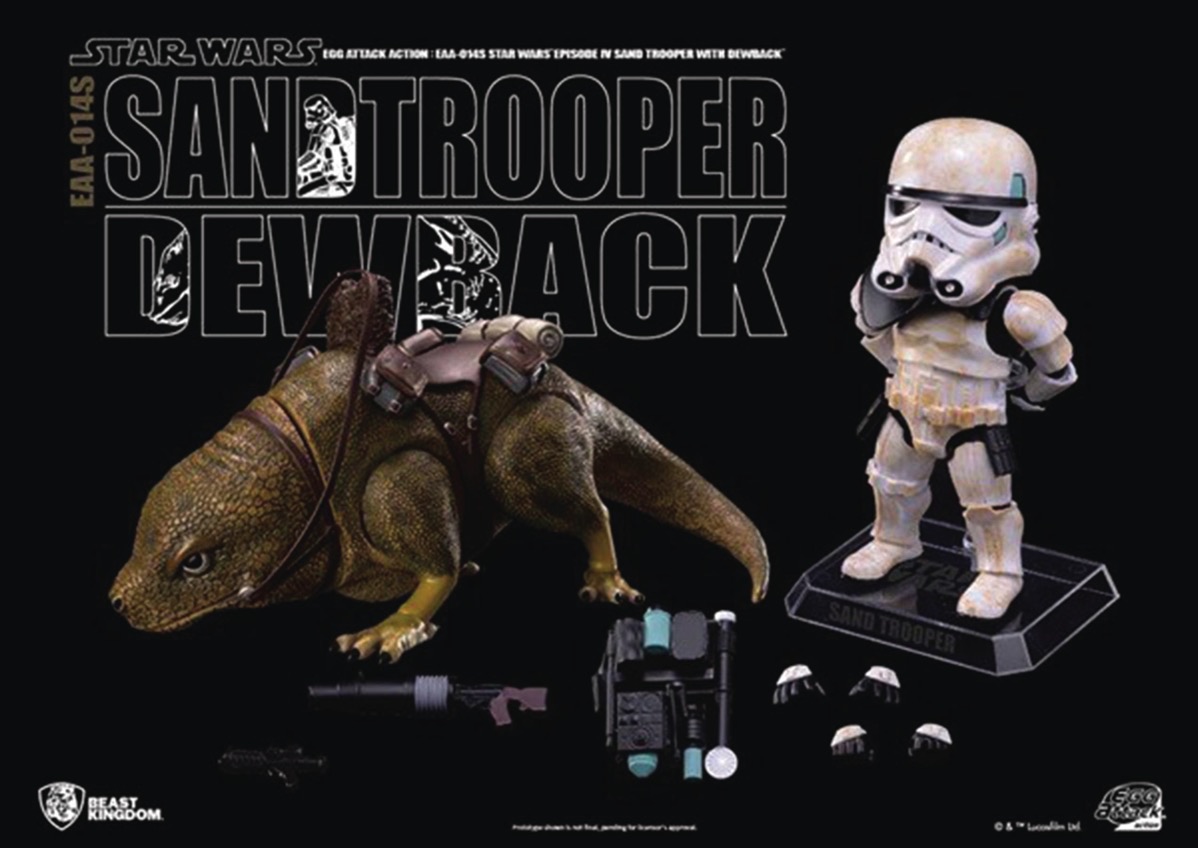 These two PREVIEWS Exclusive figures are featured in the February issue of Diamond’s PREVIEWS catalog. The Dewback alone will carry a suggested retail price of $55, while the set will carry $145. Both will be available in stores early April 2017.

Fans can pre-order their own Beast Kingdom Egg Attack Action Figures at their local comic book specialty shop to ensure they can track rebel scum at their convenience.  To find a comic shop near you and order, visit http://www.comicshoplocator.com/Home/1/1/57/575.