OBJECTION: One of the reasons may be that they don’t want to commit to a monthly book because, especially in the case of the Big 2 publishers, the creative team could quickly change without notice. These days, not many books get beyond the 25th issue, and many are deliberately discontinued and then re-booted. Same goes for writers - - who wants to keep following a book when your favorite writer gets pulled off it?  And who wants to keep reading a book when you don’t like the style of the new artist?

ANSWER: It used to be that comic shops wanted readers to sign up for automatic pulls on titles, and then get the issues every month. However, we are of the opinion that comic shops would gladly waive the automatic monthly requirement if readers would just say what books they want to get in a particular month, and then pre-order them, perhaps changing what those books are each month.  We’ve been doing this for sometime, because we don’t like to commit to a single book beyond one or two story arcs. It sometimes takes that long to determine if it’s worth reading on a regular basis. This way we are only committing to books that come out two months from now. If we change our mind about a title, then we drop it the following month. Why not ask your comic shop if this type of arrangement is acceptable to them? — You submit a new pre-order for them every month. At least they know if they bring in the books, they will be purchased by you.

That brings us to our next Pre-Order Pick.  This time it’s an original graphic novel. You better not expect to see multiple copies of this in comic stores - - maybe only one copy if you’re lucky and fortunate enough to get it before someone else buys it. If you want this book, as well you should, you really need to place a pre-order for it . . . . . . . . 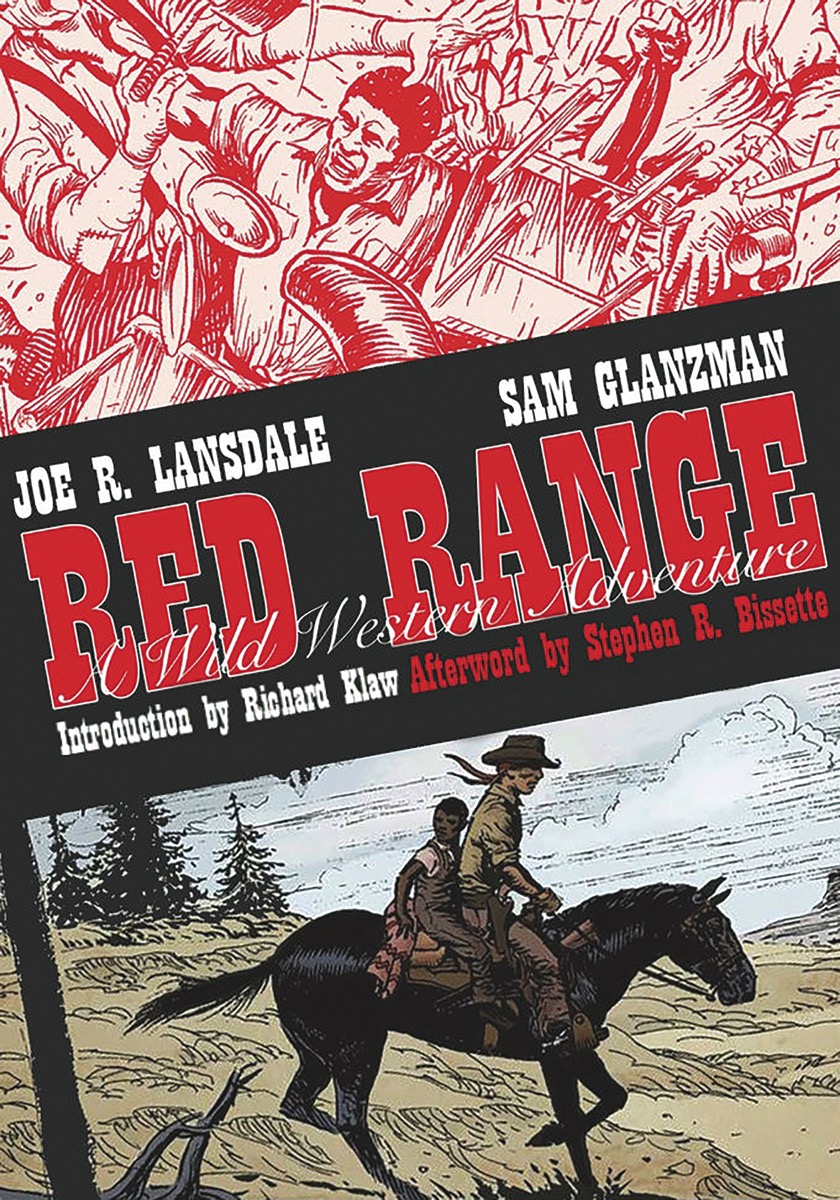 This is the first release from the It’s Alive imprint at IDW, and a great start!

Joe R. Lansdale is a highly skilled writer, especially when it comes to characterization, and is adept at working in many different genres: horror, weird western, fantasy, science fiction and steampunk.  He’s won numerous awards, and is an eight-time recipient of the Bram Stoker Award. His work on several JONAH HEX limited series with artist Tim Truman for DC Comics are classics, and worth seeking out in reprints.

This looks to be another great western story, as only Lansdale can tell it. We expect to encounter some quirky surprises along the way.  Here’s a re-cap of the story, courtesy of the PREVIEWS catalog . . . . .

“Set during the 19th century, and combining an unusual mix of racial unrest, odd ball characters, and strange happenings, RED RANGE is a  unique take on ‘The Western’.

During a Klan lynching, a mysterious rider appears, and proves to be a deadly shot.  It is the Red Mask, a tough, lethal, black man who wisely keeps his identity concealed, especially while battling his enemies.  Through a series of events, the Red Mask continues to thwart the violent and hateful actions of the Klan, while picking up an orphan along the way, and teaching him how to turn his hate into something more positive.”