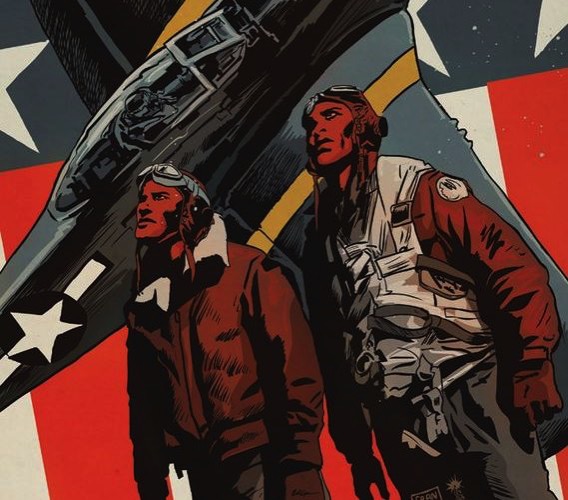 Writer Garth Ennis is best known for numerous original creations in comics literature (Preacher, The Boys, etc.). He’s also, in our opinion, the current master of the war comic.  Ennis has revealed in interviews that he “grew up reading war comics the way others in the business grew up reading superheroes.”  He’s a student of war, and continues to read military history and researches avidly.

DREAMING EAGLES is chock full of the carefully researched details on events, theaters of war, and the specific advantages and limitations of war planes on both sides. While Ennis does include some figures right out of history, he prefers to let the fictional characters tell the story. It’s a revealing account of the Tuskegee airmen, the squadron of black Air Force fighter pilots who earned recognition for their skills and heroism during World War II in the skies over Europe. 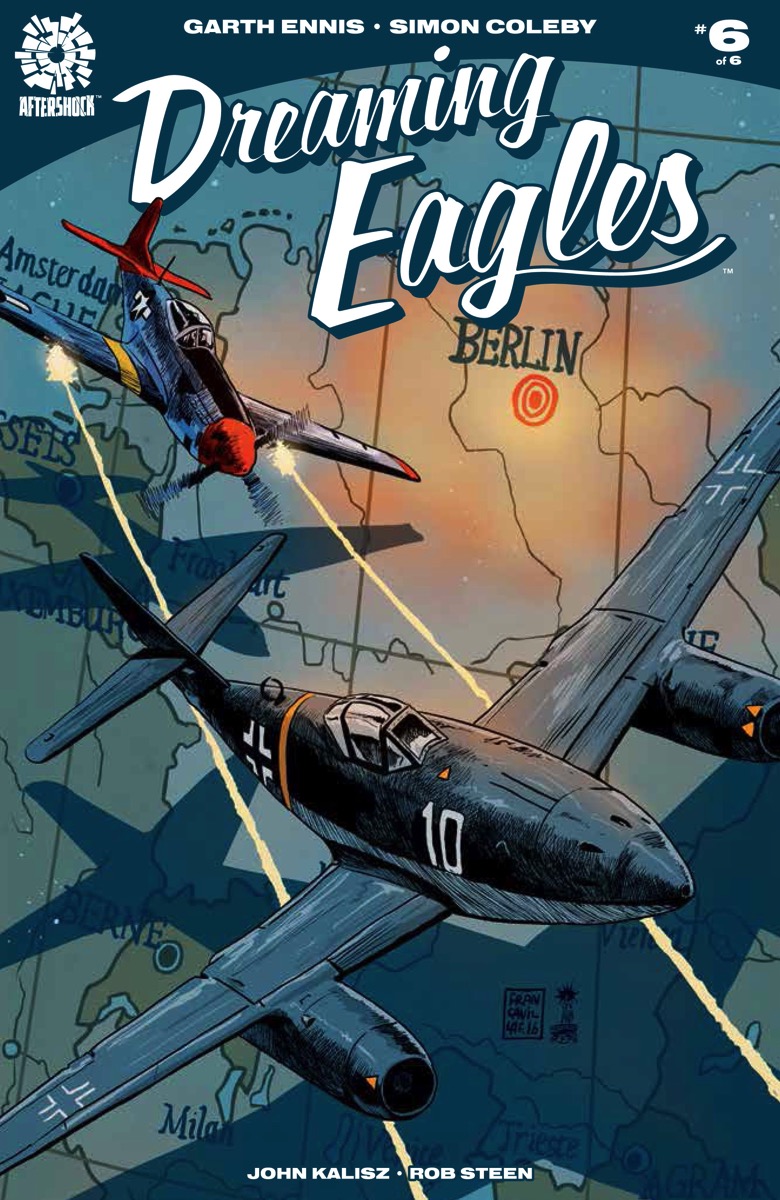 The story is wrapped around a framing sequence with a father-son conversation.  The father, a veteran of the airmen, feels he is growing apart from his young adult son, who’s become involved in the civil rights activism of the 1960’s.  Hearing his father’s tales of WWII combat for the first time, the son learns how the airmen overcame bigotry and served the United States only to experience racism once again when returning to their country.

STORY: While heavily researched and full of great military detail, Ennis imbues his characters with compassion, understanding, warmth and ardor. You will become enthralled by the story.  2.5 POINTS.

ART:  The air battles are amazing to behold. Coleby also does an excellent job with facial expressions and body language in the dialogue panels.  2.5 POINTS

COVER:   Some of the best work we’ve seen from Francavilla, a premiere cover artist at the top of his form. 2 POINTS

READ AGAIN?  Yes.  There’s enough detail to appreciate it again, and the chat between father and son is dynamic.  1 POINT.

RECOMMEND? If you want to explore war comics, start with Ennis.  1 POINT.