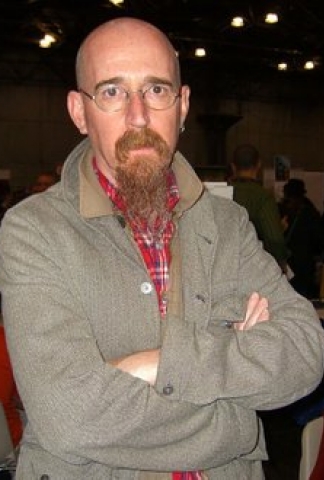 preciation for the role of the brick-and-mortar local comic shop.  These began to spring up in small numbers in the mid-to-late 70’s. Comics publishers would use different bar codes on the covers to separate the ‘direct market’(dedicated comic stores) from the wholesale (newsstands and drug stores).

As fans caught on to the trend and began to support the local shops, more and more of them sprung up across the country. It became so successful that comics publishers abandoned the wholesale market, and went straight to the direct market (much to the benefit of the sole remaining survivor of the short-lived distributor wars - - Diamond Distribution).

The surging number of comics stores reached it’s peak in the late 80’s to early 90’s when the speculation/collectibles market went whole-hog for buying and saving comic books in the hopes of a ten-fold or more increase in re-sale value.  When that investment option crashed, many shops folded up. Only the strong survived, the true believers who went into the comics business because of their love for the medium.

The local comic shop played a big role in helping the market grow to where it is today. If you’re a fan, why

wouldn’t you shop for books in an environment where the employees were knowledgable and friendly? — and comics fans just like you!  The popularity of trading cards, trading card games, role playing games and collectible statues and action figures also rode to success on the backbone of the local comic shop, who first introduced them to their customers.

Now, in the 21st century - - - only the smart survive. Comics are available through various mediums, not just the local comic store, and while digital has not replaced print - - it has taken some business away from the local shop.  It’s no longer enough to be a comics fan and hire knowledgable, friendly, and like-minded employees.  You need to have a sharp head for business, and pay attention to things like overhead, inventory management, inventory turnover, sales per square foot, and flow through.

What can the comic fan do?  1) Support your local comic shop.  2) Do a really small thing, that helps them to be more profitable = Pre-Order Your Books. The comic shop has to pay for what they bring into the store. Knowing that they have an automatic sale for the pre-ordered books helps immensely with inventory management, inventory turnover, and flow through. One small change by the buyer, and the store becomes more efficient and productive as a result. Why not give it a try for a few months?

That doesn’t mean you can’t buy books that you didn’t pre-order.  We love the impulse buy, it’s one of the reasons we love visiting a local comic shop and browsing. (Confession: we pre-order books every month, but probably buy 2x as much on impulse while inside the store).  It just means that the books you really want are guaranteed to be waiting for you next visit to the comic store. You no longer have to haunt the sidewalks every week on Wednesday, waiting for the shop to open. You can pick up your books any day of the week.  Can’t get to the store this week? No problem. They are holding your pre-ordered books just for you.

Okay, I’m out of steam. Let’s turn our attention to another upcoming book that will probably sell out - - so you know what to do, right? 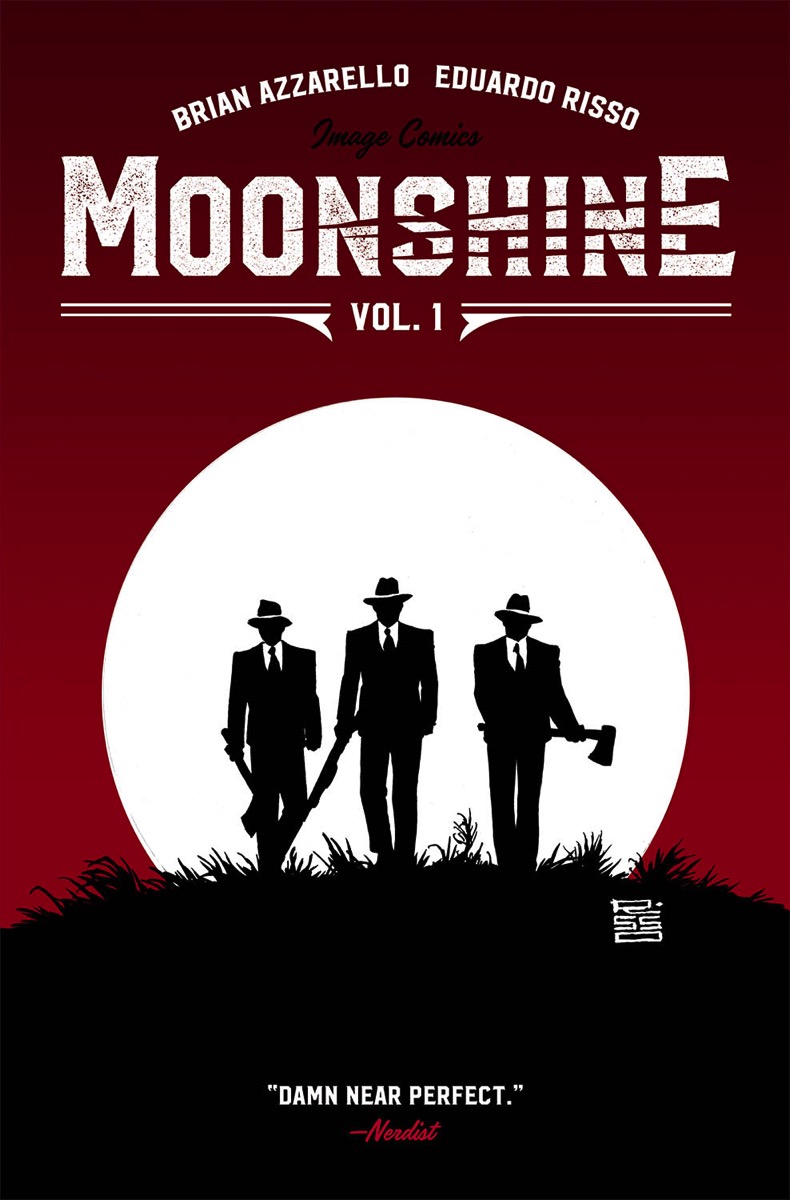 Having the dynamic team behind the successful run of 100 BULLETS  (DC/Vertigo) work together again on a new crime comic gets a big welcome and a round of applause. Set the story in the days of Prohibition, add a horror element, and you have the makings of an incredible tale.  I’ve had my eye on this title since it was announced, preferring to wait until it was collected so I could read it all at one time. (Sometimes I just hate waiting for the next monthly issue.)  At $9.99, which includes the first six monthly issues, it’s a real bargain.

Here's the synopsis from the PREVIEWS catalog:

“From writer Brian Azzarello and artist Eduardo Risso — the Eisner Award-winning creative team behind the crime classic, 100 BULLETS - - comes a brutal new series that puts a horror twist on a classic gangster tale!

Set deep in Appalachia during Prohibition, MOONSHINE tells the story of Lou Pirlo, a city-slick ‘torpedo’ sent from New York City to negotiate a deal with the best moonshiner in West Virginia, Hiram Holt.  Lou figures it’s a milk run, but what he doesn’t figure is that Holt’s just as cunning and ruthless as any NYC crime boss.  Not only will Holt do anything for his illicit booze operation, he’ll stop at nothing to protect a much darker, bloodier family secret.”