OBJECTION: Some readers just don’t like to order any products in advance, not just comics. They want it when they want it, which is usually now. They expect the comic shop to have enough books on the shelves to satisfy what they are looking for, month after month.

ANSWER: With the changing times, that’s becoming a bit of a dice roll.  There are so many publishers and so many titles that comic shops can’t stock them all. They have to cut back somewhere — and it’s usually less copies of the bigger titles and sometimes three, two, one or none at all of the lesser known or brand new works.  If readers only want to read books from the Big Two publishers then the odds are better that they can walk in the store and find it. But even then, certain Marvel and DC books become overnight hits through word of mouth and suddenly the shelves are empty.

Here’s some more books that we believe are going to be under-ordered and out of stock quickly. How to make sure you get one?  You guessed it — - PRE-ORDER!

Dynamite did a fine job re-introducing the Gold Key iconic heroes with their last mini-series. Now, they re-u 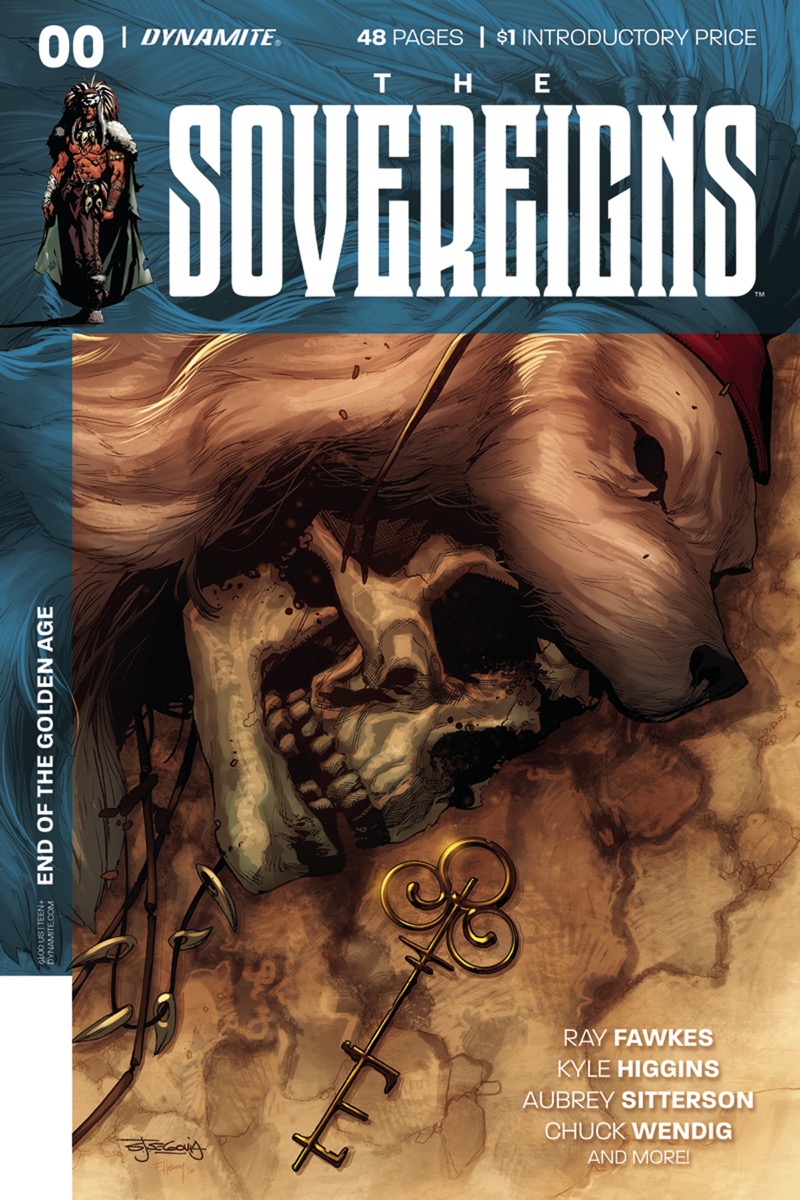 nite them again for an epic that spans all time and space and poses a threat that may change their makeup or end it. It’s a great jumping-on point for new readers as well as those of us more familiar with these characters.  And there are back-up stories with new versions of these characters.

With writers the caliber of Fawkes and Wendig on board, you know you’re in for a good read. And, this is a  48 page introductory issue with just a $1 cover price.  We’ve said before that a bargain intro price is a smart way to bring in new readers — who doesn’t like to check something new out if they are only spending $1 or less, sometimes just 25 cents!

Here’s what the PREVIEWS catalog has to say about this one:  “The beginning of an epic tale that will change everything you know about some of comicdom’s greatest and longest-tenured heroes!  Solar, Magnus, Doctor Spektor & Turok.  Apart they’ve saved countless lives a hundred times over.  Together, they form a team that has protected the world in the past, present and future. Now they will be reunited one last time to face a threat that will forever change their legacy and bring them face to face with their final destiny!

Here are the greatest heroes of famed writer Edgar Rice Burroughs brought together for the very first time in a group adventure.  Who better to script this epic than Bill Willingham, who turned Mother Goose on her he 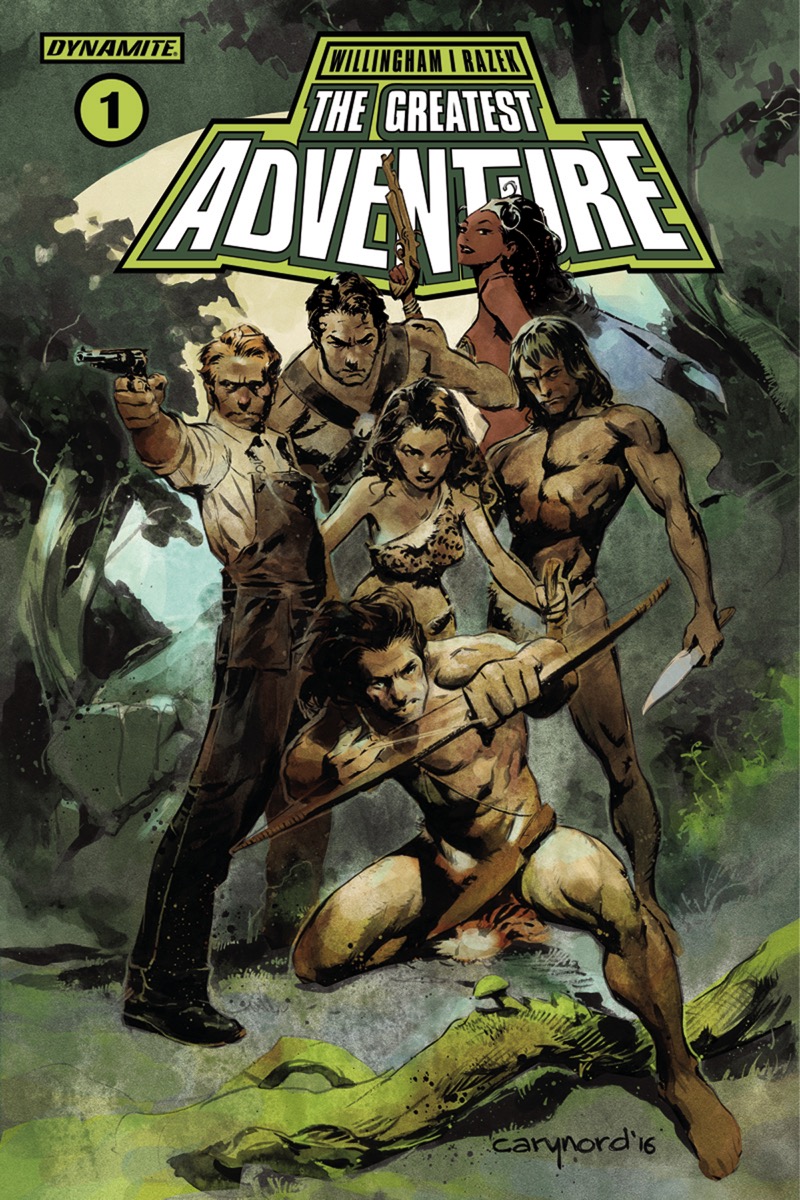 ad for FABLES and enjoyed an incredible run on that title.  Tarzan of the Apes, John Carson of Mars, Carson of Venus, and David Innes of Pellucidar.

In an interview published in both Dynamite’s VAMPIRELLA #0 and the February PREVIEWS, Willingham reveals that the very first non-comic work of fiction he read for pleasure was Edgar Rice Burroughs’ The Return Of Tarzan.  Burrough’s other creations followed shortly after that, and Willingham was hooked.

Willingham states that “The Greatest Adventure contains everything I love that I could fit into a single series, including the most popular characters as well as many obscure ones, which are nevertheless beloved to me.”

Here some more details on the story from the PREVIEWS catalog:

“In ancient days Jason gathered the greatest heroes of his age and set out on the ultimate sea voyage. Now, in Tarzan’s era, jason Gridley does the same.  The greatest heroes of the Edgar Rice Burroughs universe come together as the crew of the good ship Venture, with none other than Tarzan as their captain.  It’s a race this time, against a battleship of dark hearted villains, and the fate of many worlds hangs in the balance.”