Looking for something comics-related to do this weekend?

The COMIC BOOK SHOP at 1855 Marsh Road in Wilmington, Delaware (302-477-1119 will sponsor an in-store appearance this Sunday, March 8 from 12 – 3 p.m.  American writer Duane Swierczynski will be there to sign copies of Archie Comics THE BLACK HOOD #1 as well as his latest novel, CANARY.   Swierczynski is known for his work in both comics and crime fiction.  His latest work, THE BLACK HOOD, is a perfect marriage of the two genres.  It’s the flagship title in the new line of classic characters for Archie’s Dark Circle imprint, intended for a mature audience. 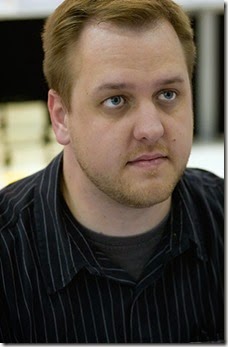 Swierczynski (pronounced sweer-zin-ski) was born and raised in Northeast Philadelphia.  Both he and brother Gregg were named in honor of the Allman Brothers Band.  Duane began his career in newspapers and magazines and later progressed to non-fiction, comics and crime fiction.  His series of novels featuring the character Charlie Hardie has earned him a Shamus Award, and his most noted novel, Expiration Date, won the Anthony Award as well as an Edgar Award nomination.

He’s been active as a comics writer since 2007 for Marvel, when he wrote Moon Knight Annual #1, Punisher: Force of Nature, Punisher: Frank Castle, Cable #1-25 (Volume 2), The Immortal Iron Fist #17-27, and Deadpool: Wade Wilson’s War among others between 2007-2010.  He then scripted Birds of Prey for DC beginning in 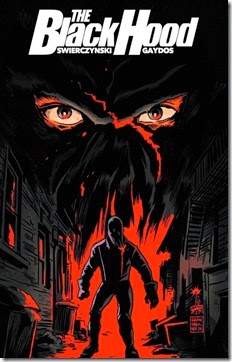 His most recent comics work, THE BLACK HOOD, debuted for Archie Comics in February 2015.  It features a Philadelphia cop who becomes a vigilante to hide his recent disfigurement.   it’s been described as dark, gritty, and realistic.  Sarah, co-owner of The Comic Book Shop gives it a five-star endorsement:  “Titus and I read the first issue of THE BLACK HOOD and we were both stunned and thrilled with the book!  The story hits hard and fast, no word or image is wasted.  This is the quality of a top-selling Image series like Lazarus, Velvet, or Deadly Class.  Do you like crime?  Read this!”

His most recent novel, CANARY, is a crime novel featuring “an ordinary college girl who turns confidential informant.”