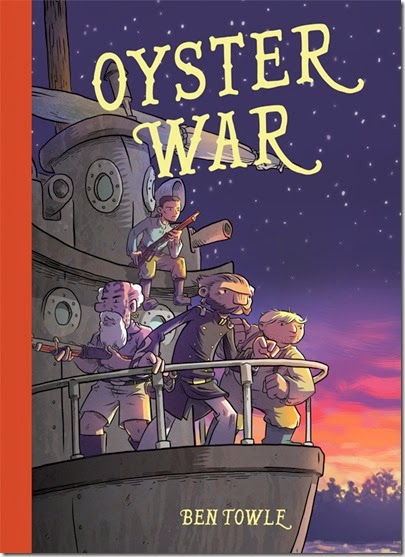 In the coastal town of Blood's Haven, the economy runs on oysters.  Oyster farming is one of the most lucrative professions, but also the most dangerous.  Not just from the unforgiving ocean and its watery depths—there are also oyster pirates to worry about! Commander Davidson Bulloch and his motley crew are tasked with capturing these ne'er-do-wells—but they don't know that Treacher Fink, the pirates' leader, possesses a magical artifact that can call forth a legendary spirit with the power to control the sea and everything in it!

“I started work on Oyster War five years ago with a very specific vision,” says creator Ben Towle.  “I'd done several historical fiction books previously and now I wanted to jump squarely into the realm of the fantastic.  Oyster War is a nautical adventure story set in a not-quite-real late 19th century US that's full of pirates, brawlers, sea serpents, and shape-shifters.  It's far and away my favorite work to-date.  I couldn't be happier with the way Oni's bringing the Oyster War print collection to life.  Presentation was always in the back of my mind as I worked on the story.  From the get-go I conceived of Oyster War as a big, hardcover, European album-sized book with high-end production values—and that's exactly what's going to wind up in readers' hands!” 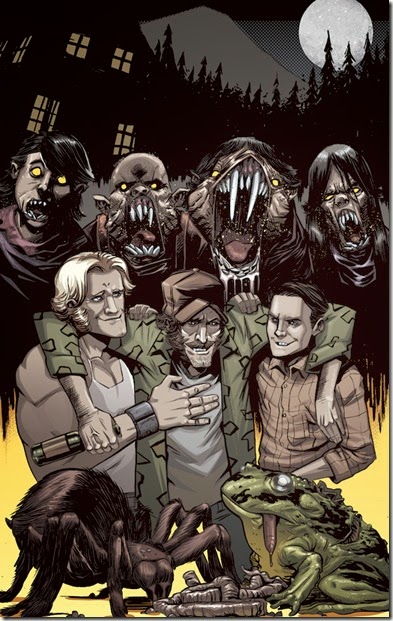 Blood Feud is a Southern tale of vampires, necromancers, horrific spiders and family feuds that survive beyond the grave.

Writer Cullen Bunn adds,  “Subtitled ‘A Vampire Yarn... With Spiders,’ Blood Feud is a book that means a lot to me on a lot of different levels.  It's a story that's been with me for years, and the characters are, in one way or another, people who were important in my life, especially while I was growing up in rural North Carolina and Missouri.  Spider Creek, the town in which this horrific little tale takes place, may be fictional, but it's also very real.  It draws bits and pieces from towns like Newton Grove and Dudley and Koshkonong and Thayer to form a place that might very well be the location for an invasion of blood-sucking demonic beasties.  Blood Feud is also my chance to re-team with Drew Moss and Nick Filardi.  This is a story of humor and horror in the vein of movies like Fright Night and Phantasm and Evil Dead 2, and I couldn't think of two better co-conspirators to bring this story to life!”