June 25, 2014, Mt. Laurel, NJ:  To celebrate their first decade of comic book publishing, Dynamite Entertainment launches its first ever Humble Bundle promotion which will allow fans to purchase over 100 digital comics books and graphic novels (the largest Humble Bumble comics collection in history) at a cost of each person's choosing, granting existing and new fans significant purchasing power.   In keeping with the tradition of promotions hosted and arranged by Humble Bundle, Dynamite will contribute a portion of the proceeds to three important charitable organizations, the Comic Book Legal Defense Fund, Doctors Without Borders/Médecins Sans Frontières, and the Make-A-Wish Foundation. 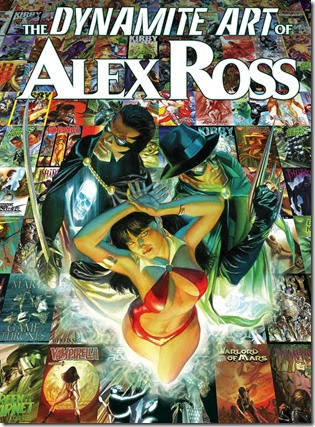 The Humble Dynamite 10th Anniversary Bundle event begins Wednesday, June 25th, at 2:00pm EST, and runs through Wednesday, July 9th, at 1:59pm.  Every day at 2:00pm throughout the promotion, a digital comic book will be made available as a free download to fans, kicking off with a free digital copy of Red Sonja #1 - written by fan-favorite author Gail Simone (of Batgirl and Wonder Woman fame). . . . . .  https://www.humblebundle.com/books

Dynamite is proud to announce that, through the Humble Bundle, the following titles will be available to purchasers at a price they personally determine.   While full descriptions can be found at the Humble Bundle website, it's noteworthy to point out the high caliber of contributing authors in this assortment:  Warren Ellis (Planetary, Moon Knight),  Grant Morrison (Batman, Happy!),  Tim Seeley (Batman: Eternal),  Fred Van Lente (Incredible Hulk),  Mark Millar (Kick Ass, Ultimates),  Amanda Hocking (of the paranormal Hollowland series),  Bryan Johnson and Walter Flanagan (stars of AMC TV's Comic Book Men show), and much more. 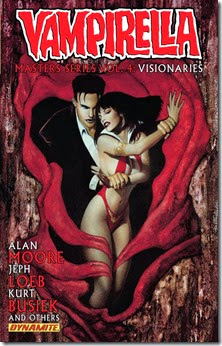 To anchor the promotion, the Humble Dynamite 10th Anniversary Bundle will offer the following selection of comics and graphic novels to those consumers who "beat the average" of buyer-determined pricing.   Boasting an impressive list of contributors such as Kevin Smith (filmmaker of Clerks and Chasing Amy), Gail Simone (Batgirl), Jim Butcher (of the bestselling Dresden Files novels), Bill Willingham (Fables), Alan Moore (Watchmen), and more, this list includes some of the most acclaimed and beloved titles in the Dynamite roster. 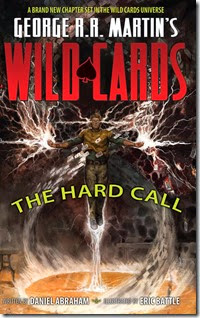 As a final incentive for fans to buy into the program, the Humble Bundle offers two highly desirable items, The Dynamite Art of Alex Ross and Robert Jordan's Wheel of Time (the latter of which includes over 35 issues), only available to those buyers who exceed a fixed pricing threshold.  With over ONE THOUSAND pages of gorgeous full-color artwork between them, these two epic titles make fantastic additions to any readers' digital library.
• The Dynamite Art of Alex Ross
• Robert Jordan's Wheel of Time Vol. 1 Complete Series (Multiple Issues)

"Marking our tenth year of publishing, 2014 has been very special to everyone here at Dynamite, as we reflect back on all our hard efforts, and look forward to the accomplishments and new heights to come," says Nick Barrucci, CEO and Publisher of Dynamite Entertainment.   "Our Humble Bundle promotion runs through July, leading up to our anniversary month, as a way to celebrate and reward current fans (and entirely new fans) with accessible, entertaining digital comics at an incredible price.  With the wide attention that Humble Bundle generates, we hope to reach outside our market to attain new readers of both digital and printed comics, helping our overall industry to grow."

Regarding the partners in the program, Barrucci adds, "I applaud Humble Bundle for their innovative collection program, and am proud that Dynamite is one of the premiere comic publishers to participate in their program.   Also, thanks to the additional charity aspect of its structure, we are working hand-in-hand with the Humble Bundle organization and socially-conscious fans to support three incredible organizations - the Comic Book Legal Defense Fund, Doctors Without Borders, and Make-A-Wish - in their worthwhile efforts." 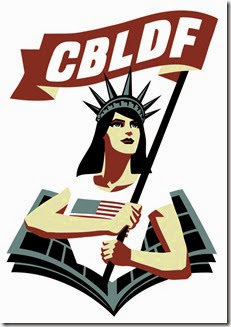 Reflecting on the Humble Bundle program, CBLDF Executive Director Charles Brownstein says, "Ten years of Dynamite!   Congratulations to Nick Barrucci and his tireless crew on this outstanding milestone!   We're so grateful to be a part of the celebration, and thrilled that the comics people buying into this Humble Bundle will help CBLDF continue to do important work protecting the freedom to read comics."

Thanks to the generous contributions from customers, Humble Bundle has enabled the community to contribute more than $39 million to charity so far.  "With the advent of our new Book tab on Humble Bundle in May, the interest from publishers to participate in our Book program has skyrocketed," says Kelley L. Allen, Director of Books at Humble Bundle.   "It became very clear to me instantly that Dynamite would be an excellent fit for a bundle and we are absolutely thrilled to be kicking off Dynamite's tenth anniversary celebration with this ebullience mega-bundle of comics."

Proceeds from the Humble Dynamite 10th Anniversary Bundle will contribute to three very worthy charities.   The Comic Book Legal Defense Fund is a non-profit organization dedicated to the protection of the First Amendment rights of the comics art form and its community of retailers, creators, publishers, librarians, and readers.   Doctors Without Borders/Médecins Sans Frontières is a private international association, comprised mainly of doctors and health sector workers, that delivers emergency medical aid to people affected by conflict, epidemics, disasters, or exclusion from health care.   The Make-A-Wish Foundation is a non-profit organization that grants the wishes of children diagnosed with life-threatening medical conditions, significantly changing the lives of the children and their communities by inspiring hope, courage, and further philanthropy.

About Dynamite Entertainment:
Dynamite was founded in 2004 and is home to several best-selling comic book titles and properties, including The Boys, The Shadow, Red Sonja, Warlord of Mars, Bionic Man, A Game of Thrones, and more.   Dynamite owns and controls an extensive library with over 3,000 characters (which includes the Harris Comics and Chaos Comics properties), such as Vampirella, Pantha, Evil Ernie, Smiley the Psychotic Button, Chastity, and Peter Cannon: Thunderbolt.   In addition to their critically-acclaimed titles and bestselling comics, Dynamite works with some of the most high profile creators in comics and entertainment, including Kevin Smith, Alex Ross, Neil Gaiman, Andy Diggle, John Cassaday, Garth Ennis, Jae Lee, Marc Guggenheim, Mike Carey, Jim Krueger, Greg Pak, Brett Matthews, Matt Wagner, Gail Simone, Steve Niles, James Robinson, and a host of up-and-coming new talent.   Dynamite is consistently ranked in the upper tiers of comic book publishers and several of their titles - including Alex Ross and Jim Krueger's Project Superpowers - have debuted in the Top Ten lists produced by Diamond Comics Distributors.   In 2005, Diamond awarded the company a GEM award for Best New Publisher and another GEM in 2006 for Comics Publisher of the Year (under 5%) and again in 2011.   The company has also been nominated for and won several industry awards, including the prestigious Harvey and Eisner Awards.

About Humble Bundle:
Humble Bundle organizes pay-what-you-want plus charity promotions for awesome digital content and puts the power directly in the hands of the consumers, offering them fully-featured titles at prices they set themselves.  Consumers pay what they want and decide how to allocate their money between content creators, charity and a humble tip.   Humble Bundle also offers the Humble Store, a digital storefront that features great games at great prices with a portion of sales going to select charities.  Thanks to the generous contributions from our community, we have enabled our community to contribute more than $39 million to charity so far. For more information, please visit https://www.humblebundle.com.