EDITOR’S NOTE:  There will be no spoilers here. We believe every reader with an interest in reading a well-crafted follow-up to a major setback will want to read this issue. We intend to provide just enough information to encourage you to visit your local comic shop today. 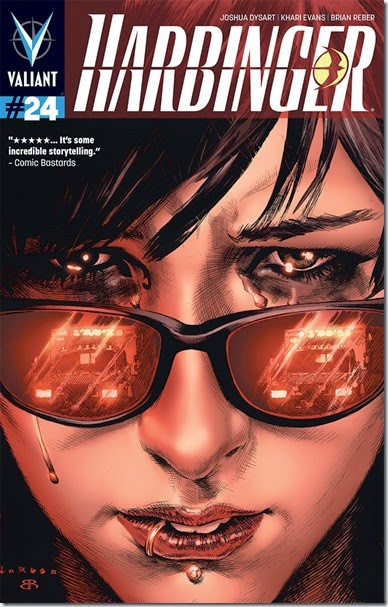 For a proper handling of the impact of death on surviving family members, you would be hard pressed to find a better example in comics than HARBINGER #24.  Unlike other publishers,  the death of a Renegade team member in Issue #23 is meant to be permanent in the Valiant universe.  That becomes more apparent as you read on in this issue. You can also see the beginning of the end as the threads that kept the team together begin to unravel.

One Renegade member made the ultimate sacrifice in Issue #23, giving up their life in order to save another.  Issue #24 opens as some surviving team members come out of concealment and find each other four days later. Another beautifully illustrated image occurs on page 2 as one survivor carries away the charred husk of their fallen teammate in some of the saddest panels in comics you may ever view. This may leave another imprinted impression that will stay with readers whenever they think of this book.

Readers are returned to the battle between Peter and Toyo from last issue.  There is also a battle of words occurring here that is very revealing of each character and may result in as much mental damage as their physical bodies are feeling.  An unexpected source interferes in their battle above one of Pittsburgh’s three rivers, and neither member scores a victory as they leave the battlefield - - most likely to return and perhaps continue until only one remains. For now, both are feeling used after receiving new information from the unwelcome referee.  Both are also bearing the physical scars of battle and struggle to maintain their former healthy appearances. 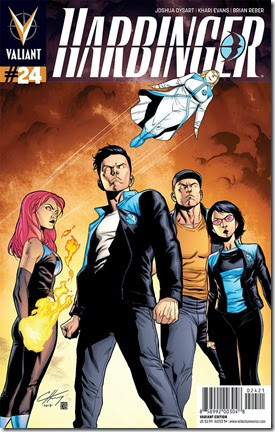 The survivors continue to talk and share memories, and then the confessions come out about their true feelings and intents.  This is all overheard by Peter who has concealed himself in order to recover his shape. There is an underlying implication that everything is coming apart and everyone may go their separate ways. Peter does his best to make his farewell speech to each member.

In their brief time together, the Renegades worked as a force for change and a hope for all impounded psiots.  With the help of new recruit @X, the impact of their exposure of Harada and Project Rising Spirit is only beginning to be realized.  The concluding words of @X to the world press are prophetic:  “This is the end of our childhood as a species.  Now we must change our idea of what is real, and so I say to you again  . . .  Your culture is dead.  Your governments are tired.  Your dreams are small.  Your only hope is an end to secrets.  And a new era of self-governance. Your download begins now.”