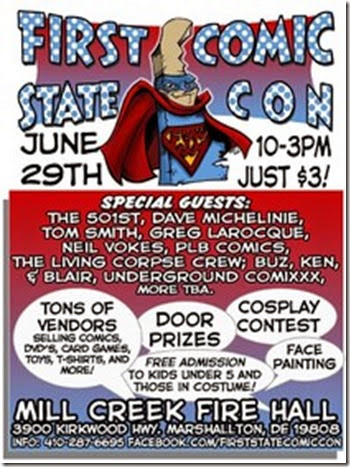 Among the more notable guests attending is comics artist Neil Vokes, also a veteran of several decades in the business. 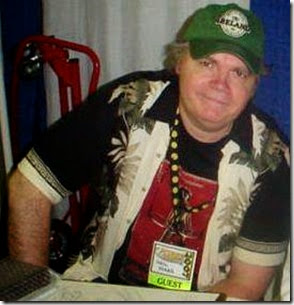 Neil Vokes debuted in 1984 in the early days of Comico, a major independent publisher at that time whose books were sold through news stands, book sellers, and comic shops (back before they went to a distributor to comics shop system). Along with inker Rich Rankin they adapted the Japanese cartoon-based ROBOTECH MASTERS for American audiences.  From there, Vokes and Rankin teamed up again on EAGLE, self-published under the Crystal Comics imprint.

When the black and white comics market went dry, Vokes went to work for a variety of publishers. As he told it to Comic Vine in an interview several years ago:  “ Among the many comics I've drawn:  SUPERMAN ADVENTURES with the legendary Terry Austin;  TARZAN THE WARRIOR with old friends Mark Wheatley and Marc Hempel;  Douglas Adams' LIFE, THE UNIVERSE AND EVERYTHING;  ADVENTURES OF THE MASK with that demi-god of inkers, Jay Geldhof;  UNTOLD TALES OF SPIDER-MAN, with writers Kurt Busiek and Roger Stern (and Jay again on inks);  JONNY DEMON with Kurt;  CONGORILLA (yes, I said Congorilla) with Steve Englehart and Jay (you seeing a pattern here?); NINJAK with Kurt and lil bro,Mikey Oeming;  JURASSIC PARK with Engleheart and old friend Rich;  the TEENAGE MUTANT NINJA TURTLES;  PARLIAMENT OF JUSTICE with Mikey; THE BLACK FOREST 1 & 2 and THE WICKED WEST 1 & 2 with good friends 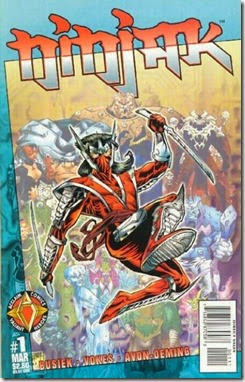 Todd Livingston and Bob Tinnell-I've left quite a few out due to space and humility...well, ok, just space. “

Among his most notable projects are the re-boot of NINJAK with Kurt Busiek for Acclaim Comics (who purchased the publishing rights to Valiant’s creations with the intention of creating video games based on the characters. Acclaim later folded up shop, and Valiant was absent for many years.)  A complete departure from the original Ninjak as developed by the Jim Shooter edited Valiant Comics, Busiek and Voke’s NINJAK was notable for its angst-plagued teenage hero and meshing of video games with comics.  (The current Ninjak at Valiant Entertainment has reverted back to the original template – assassin for hire.)     A good example of Vokes at his best would be PARLIAMENT OF JUSTICE, a collaboration with a then-young Mike Oeming. 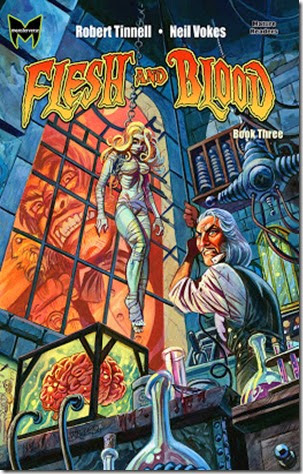 More recently, Vokes is working again with writer Robert Tinnell on FLESH AND BLOOD a four volume series for Monsterverse which features classic monsters and classic characters  (Baron Frankenstein, Dracula, the Wolfman, Van Helsing, etc.) in a story spanning several decades that also pays homage to vintage Hammer horror films.  Three volumes have been published so far, in what in this editor’s opinion is the absolute best work of Voke’s career so far.

Neil is a resident of New Jersey, and along with his family is a regular participant and guest of Free Comic Book Day at Captain Blue Hen Comics in Newark, Delaware, along with other events in the area.  In fact, he is in possession of a trophy noting his longevity as a guest artist for Captain Blue Hen.   You can visit Neil at his blog: http://vokesfolk.blogspot.com 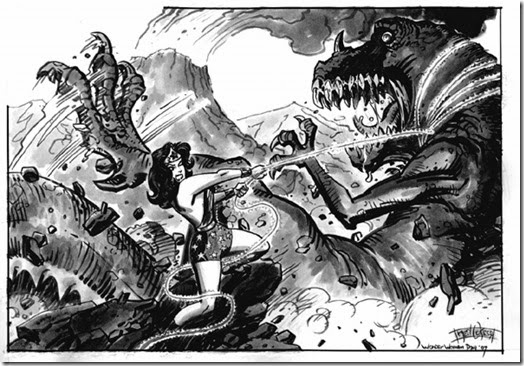