San Diego, CA (December 5, 2017) – Who is DAWN MORENO? She’s the new SNAKE-EYES and break-out character of G.I. Joe: A Real American Hero! Scripted by legendary G.I. JOE writer Larry Hama, with art by incoming artist Netho Diaz (Aquaman), issue #246 marks the beginning of the “Dawn of the Arashikage” storyline, which sees Dawn, a Mexican-American teenager, take on the mantle of Snake-Eyes, one of the most iconic members of the G.I. Joe team. This pivotal issue in Hama’s long-running G.I. Joe saga has now sold out at the distributor level, as have the preceding issues #244 (featuring Dawn’s first appearance in costume) and #245 (Dawn’s first cover appearance in costume as Snake-Eyes). 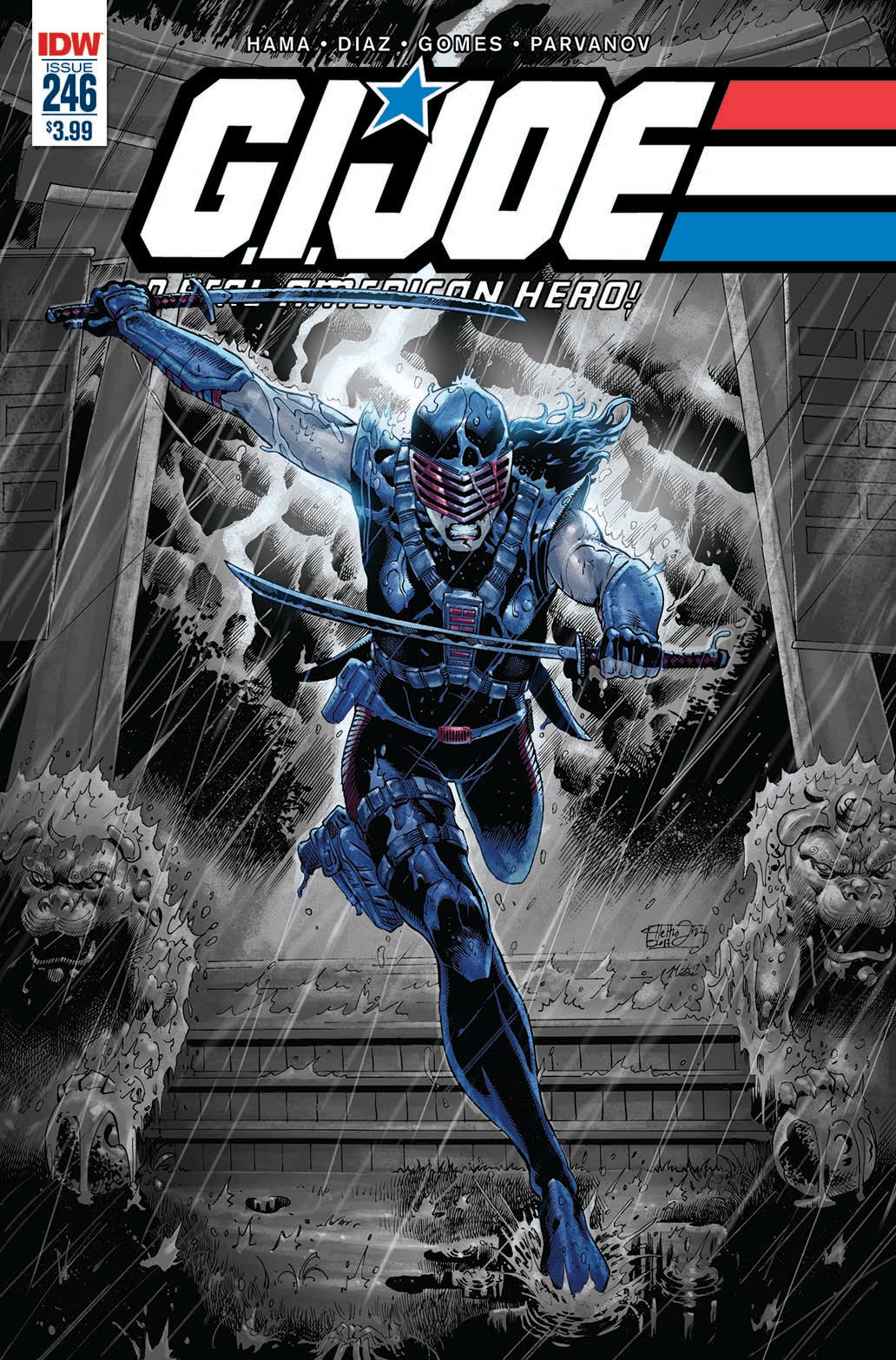 Dawn Moreno, who debuted in G.I. Joe: A Real American Hero #226, was once a gifted high school athlete whose unique physical abilities drew the attention of Cobra Commander. The Cobra elite put Dawn under intense experimentation, accidentally implanting the memories of the original (and now deceased) Snake-Eyes into Dawn’s fragile teenage mind. Now, as a haunted Dawn struggles against visions of a dark past that does not truly belong to her, Snake-Eyes’ longtime ninja comrades from the Arashikage Clan have joined together to help Dawn overcome the waking nightmare her young life has become… “As I recently told our readers, Dawn Moreno is a fascinating character who provides me with a brand-new canvas to paint on,” said Hama. “With the original Snake-Eyes’ memories implanted into her young mind, Dawn gives me a whole new way of looking at character qualities (both her own and those of Snake-Eyes) that isn’t bogged down by accumulated continuity with a new character, who can voice things that were always left unsaid.” Issue #226 featuring Dawn’s first appearance is sold out, but fans can jump on board with G.I. Joe: A Real American Hero Volume 16, which collects that issue and marks the beginning of her journey to becoming Snake-Eyes. To meet demand, a second printing of issue #246 will be rushed to the printer, featuring the special Netho Diaz cover art seen here.