Valiant is proud to announce that copies of HARBINGER WARS 2 #0 – a limited-edition prelude to the seismic 2018 crossover event, available EXCLUSIVELY to fans that redeemed a select set of mail-away coupons in HARBINGER RENEGADE #1-4 – have now shipped directly from Valiant's New York City headquarters and will soon be arriving in thousands of households worldwide!Limited-Edition Mail-Away Introduction to 2018's Seismic Comics Event Expands with Second Feature from SECRET WEAPONS' Eric Heisserer, Raúl Allén & Patricia Martín 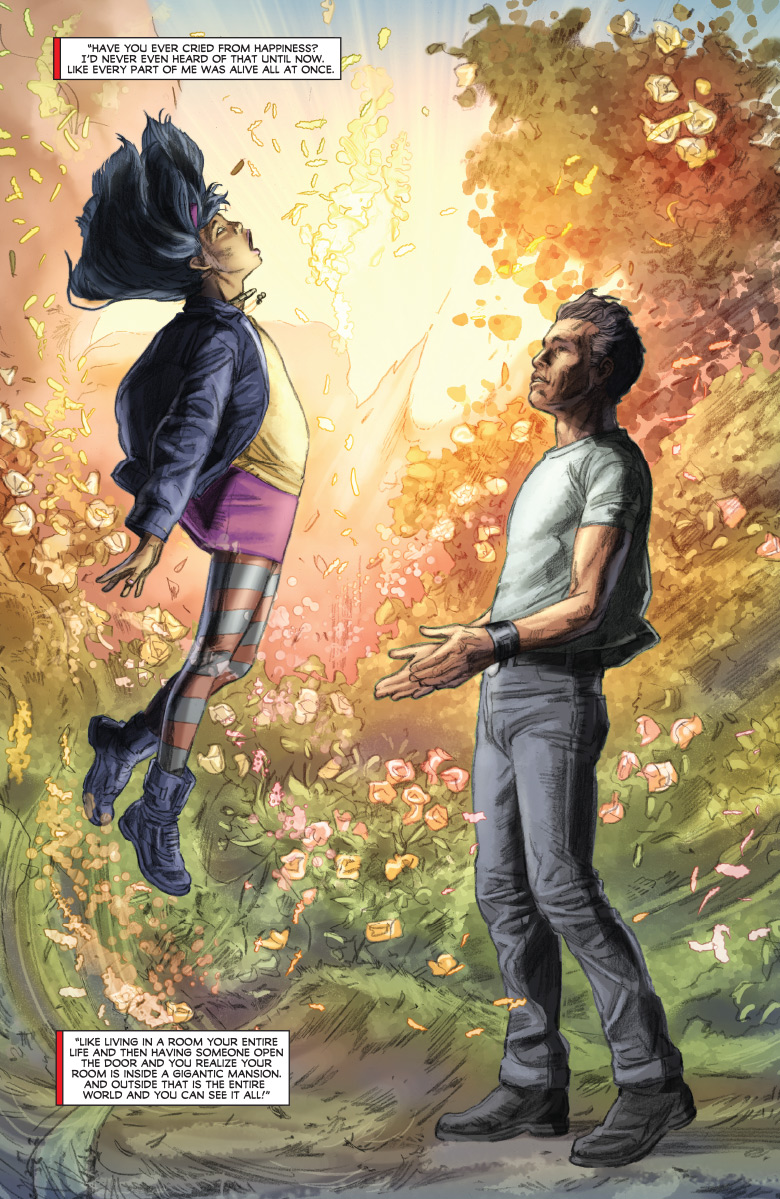 Valiant’s biggest and most ambitious event starts right here, with a completely self-contained introduction to the highest stakes conflict that the Valiant Universe has ever witnessed... As the march towards HARBINGER WARS 2 builds over the coming months, a new and terrible force is about to reveal itself to the heroes of the Valiant Universe... Now, comics fans worldwide can get their first glimpse of the cataclysmic clash that is to come in HARBINGER WARS 2 #0!

Featuring the Harbinger Renegades, H.A.R.D. Corps, and surprise guests assembled from throughout the Valiant Universe, HARBINGER WARS 2 #0 has been produced as a reward for Valiant’s most ardent longtime fans, and the events of the issue will be entirely self-contained. As such, HARBINGER WARS 2 #0 will enhance, but not directly impact comprehension of, the primary HARBINGER WARS 2 comics event coming soon to comic shops everywhere.
BUT THEN: On May 2nd, 2018, two of the most powerful creative minds in comics today – New York Times best-selling writer Matt Kindt (X-O MANOWAR, DIVINITY) and Academy Award nominee Eric Heisserer (SECRET WEAPONS) – join the powerhouse artistic team of Tomás Giorello (X-O MANOWAR, NINJA-K) andRaúl Allén (SECRET WEAPONS) for the FIRST ISSUE of the summer’s biggest comics event in HARBINGER WARS 2 #1 (of 4)!

Utilizing an expansive, new and never-before-attempted comics format, each issue of the HARBINGER WARS 2 event will come fully loaded with 48 pages of content and two complete, full-length 22-page stories chronicling dueling fronts in the nationwide battle that will soon consume the Valiant Universe’s most powerful forces. The first, by writer Matt Kindt and artist Tomás Giorello – the blockbuster creative team that launched X-O MANOWAR, the most successful independent series of 2017 – will feature the head-on collision of the Harbinger Renegades and the newly returned X-O Manowar. The second, by writer Eric Heisserer and artist Raúl Allén with Patricia Martín – reuniting the all-star creators behind SECRET WEAPONS, 2017’s most successful independent limited series – will thrust Livewire and her new team of recruits into the center of a power struggle with the potential to tear America apart…

For the rare and immensely powerful subset of humanity known as psiots, their unique abilities have come with an enormous cost. Once, their existence was known only to a select few. Now, the revelation that thousands of these latent “harbingers” secretly live among us…with the potential to become active any moment…has led the American government to a dramatic tipping point…

Armed with new extra-governmental authority, the deep-black military contractor known as OMEN has been authorized to identify, evaluate, and, if need be, eliminate all supernormal threats to the homeland. H.A.R.D. Corps units have been deployed into cities and towns across the United States to enforce their orders.

In the east, one of the most powerful minds on Earth, Peter Stanchek, is leading his band of Renegades across the country, activating any potential psiots willing to join them, and building an insurrection force of ultra-powerful and unwieldy new powers that will soon bring war to OMEN’s doorstep…and the unstoppable force known as X-O Manowar raging back to Earth…

In the west, Livewire – the telekinetic technopath with the ability to bend machines and computers to her will – will be forced to choose between her former allies…or her newfound team of Secret Weapons. As the situation escalates beyond human control, the United States will be plunged into darkness from coast to coast, launching Bloodshot and Ninjak into a dangerous mission to neutralize their one-time teammate – and setting the stage for the most shocking, most violent, and most consequential clash of powers ever witnessed in the history of the Valiant Universe!

Next summer, the blockbuster comics event of the New Year erupts in full force as X-O Manowar, Livewire, the Harbinger Renegades, Bloodshot, the Secret Weapons, Ninjak, and a cast of thousands draw their battle lines in HARBINGER WAR 2 #1 (of 4) –  featuring covers by superstar artist J.G. Jones (Final Crisis) and more top talents soon to be revealed! 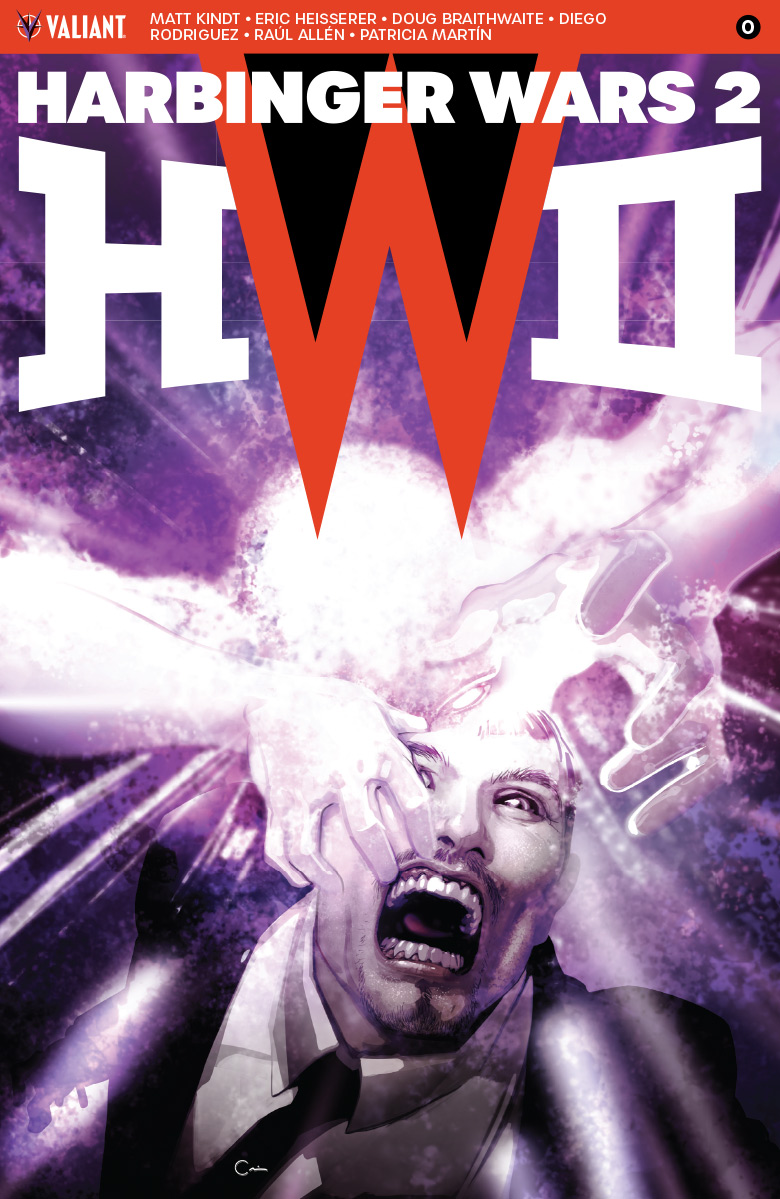 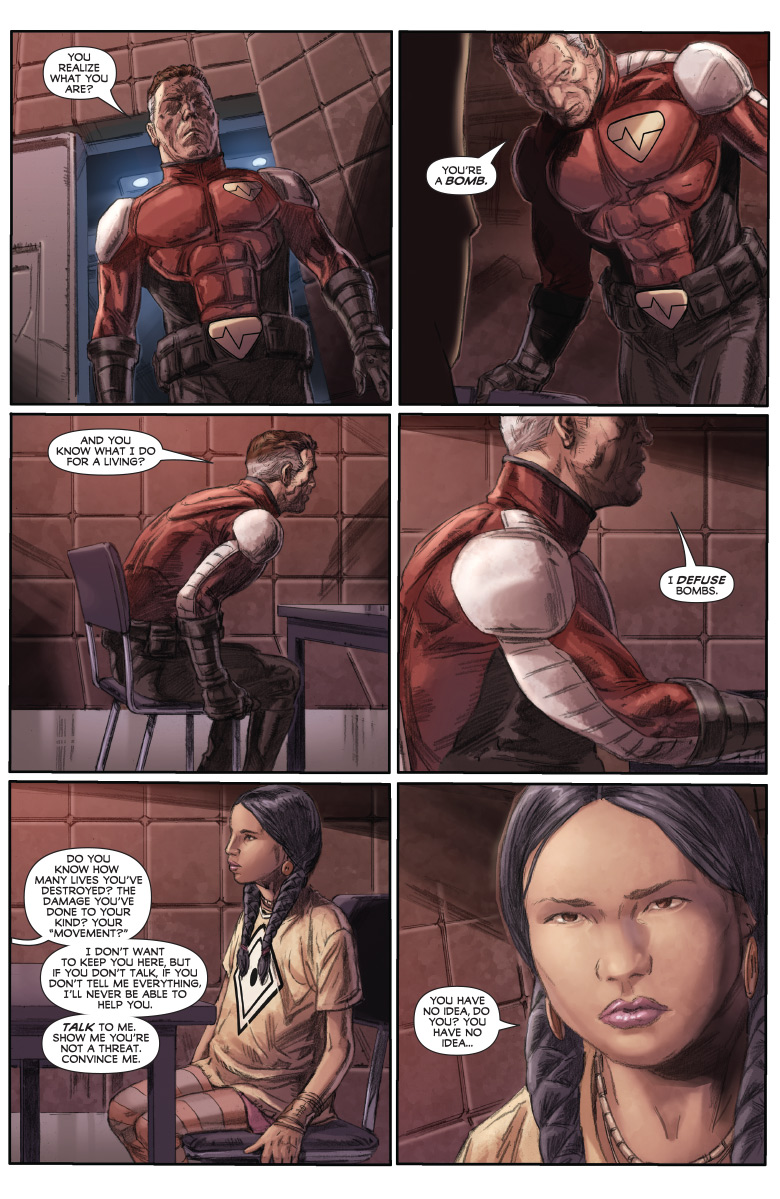 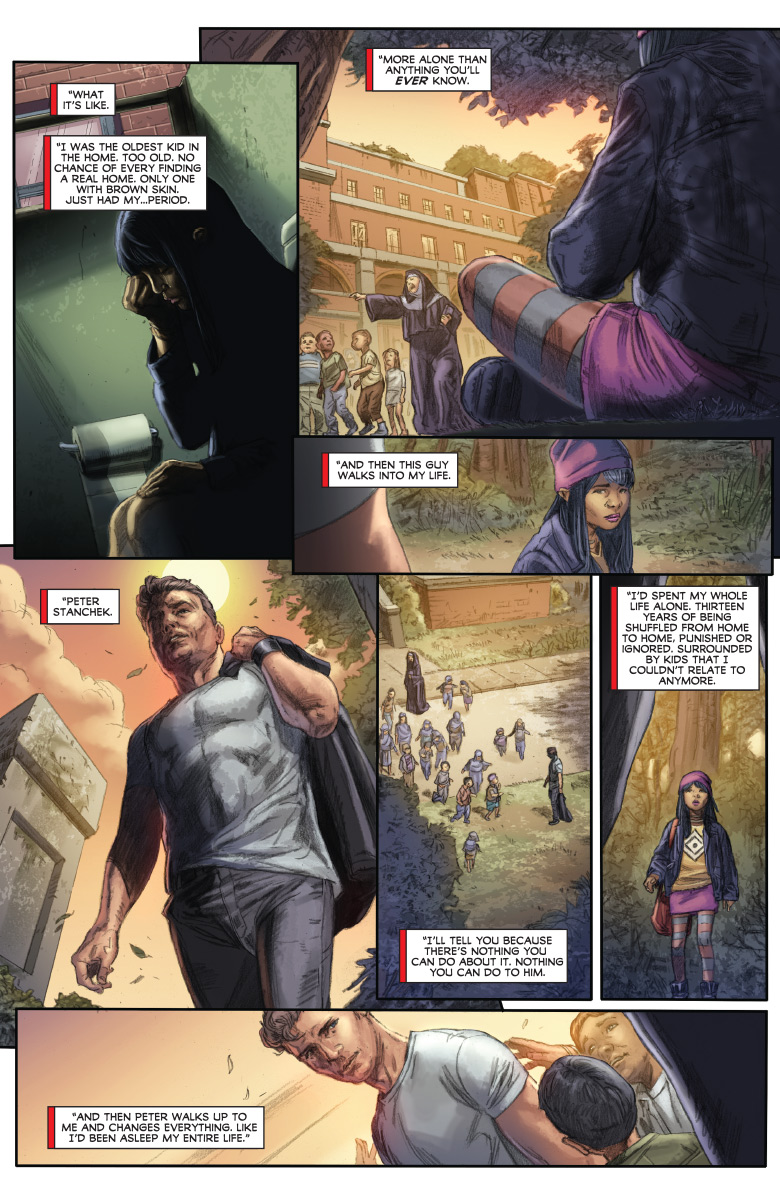 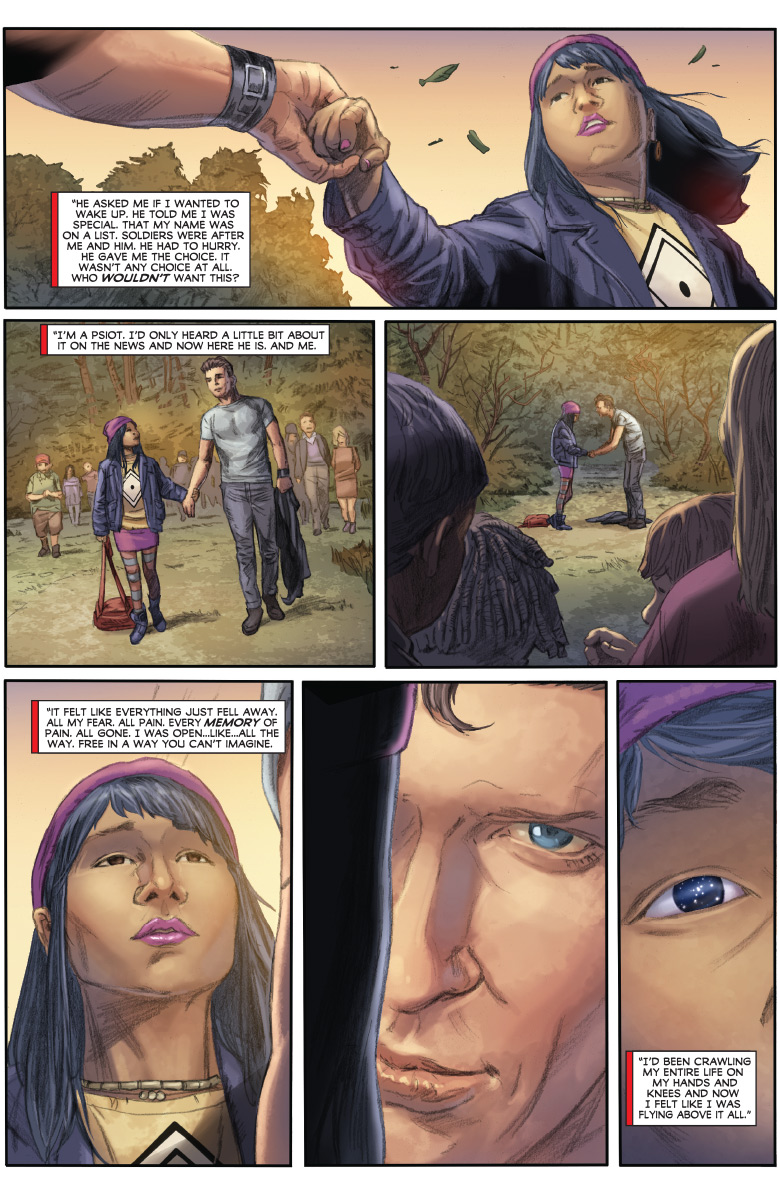 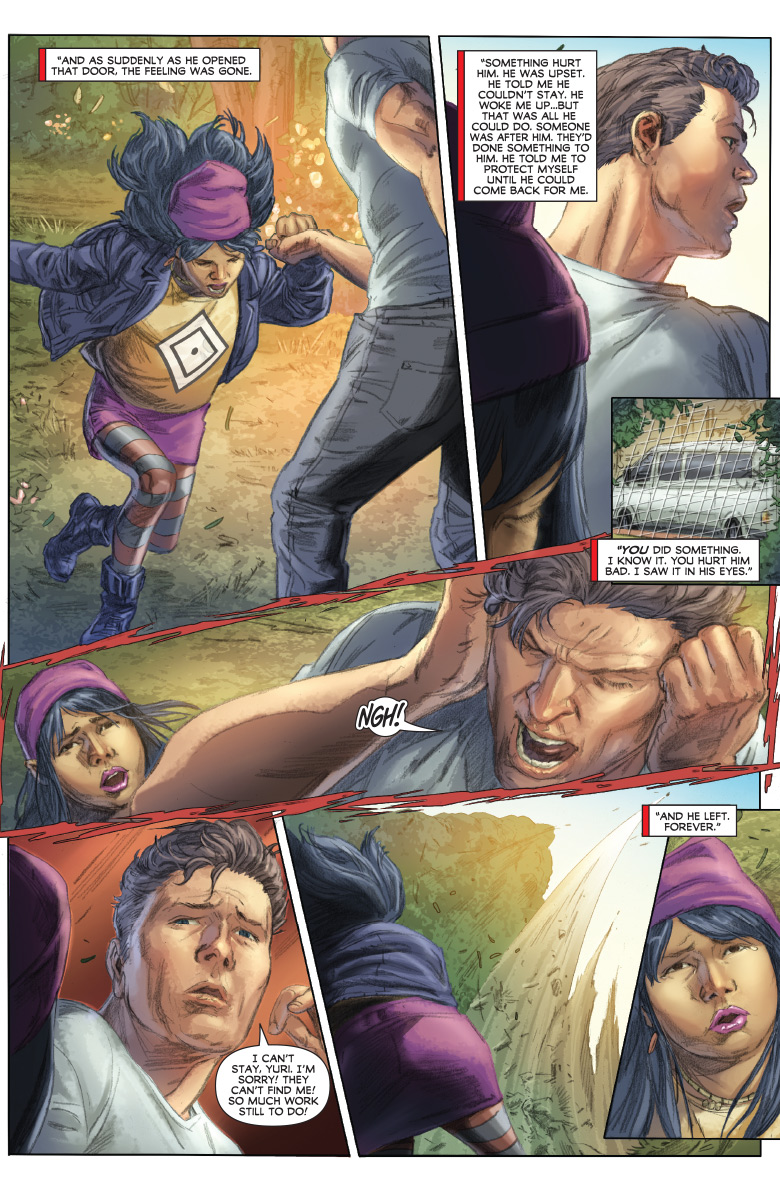 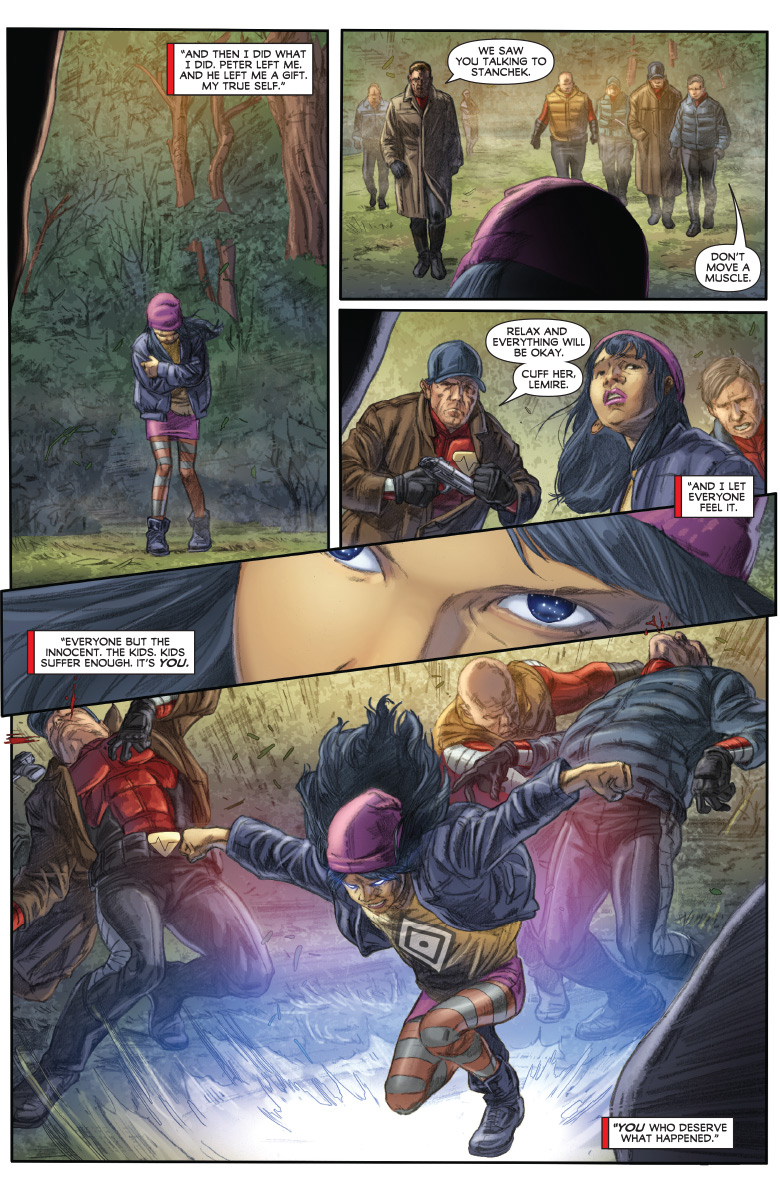 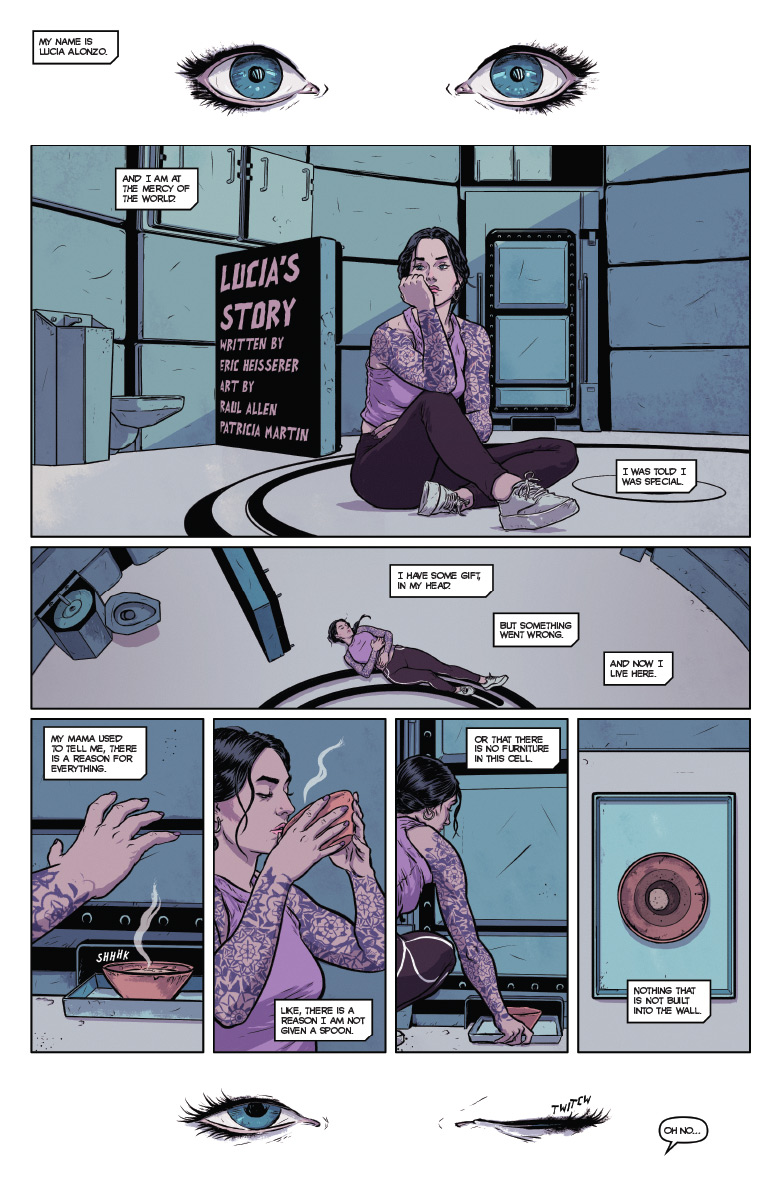 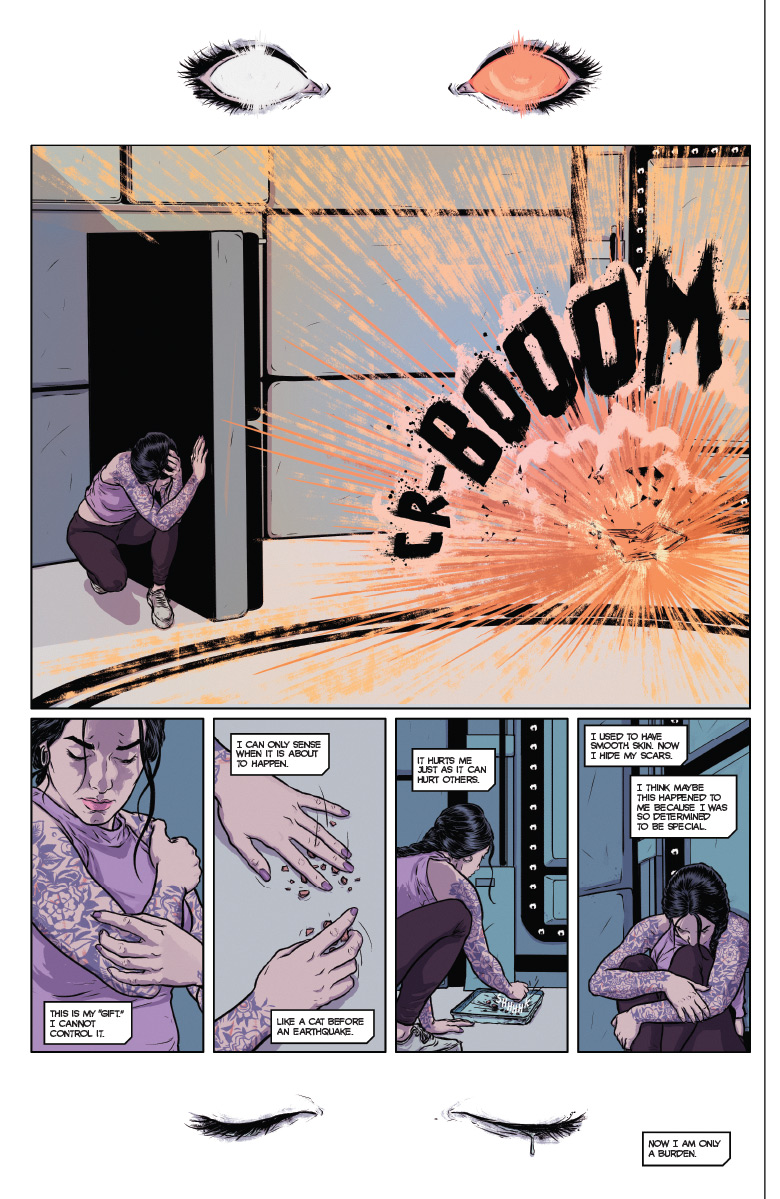 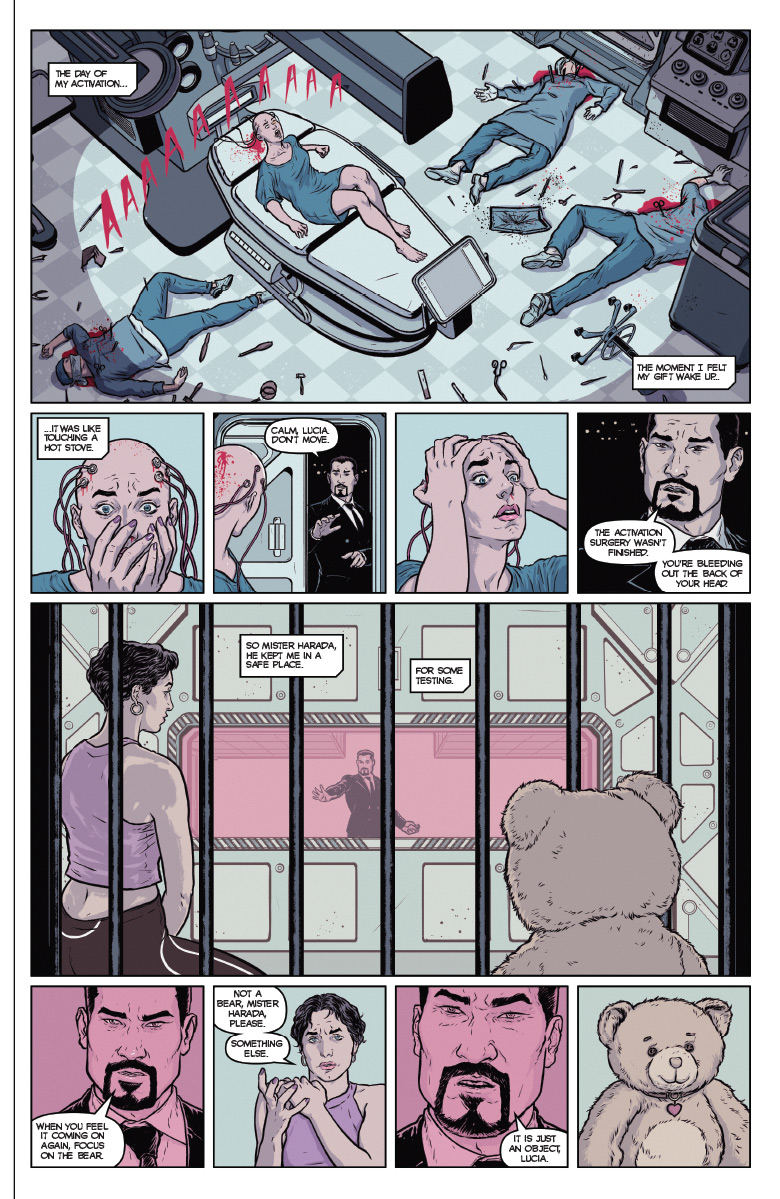