Darth's got the Christmas Spirit! 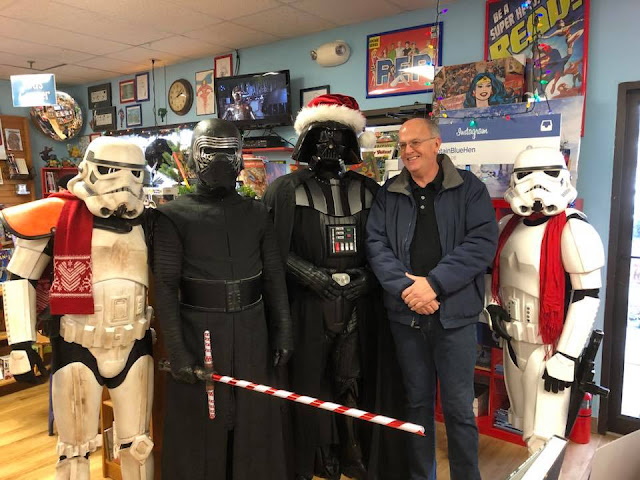 This past Saturday (December 9) I visited CAPTAIN BLUE HEN COMICS in Newark, Delaware to ask Santa Darth to grant my Christmas wishes.  Merry Sithmass, he proclaimed.

Great turnout at the store.  I had to wait in line to talk to Santa, who wisely stood up when the situation called for it.   Some of those orders kids (like me) could crush his lap!  In order to accommodate the smaller fans, he would sit or graciously take a knee beside them. 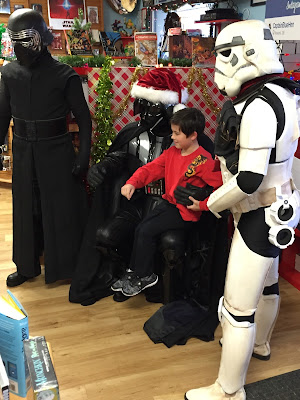 After a short wait, it was my turn to see Santa Darth.  I almost lost my chance as I was temporarily frozen to the spot.   Here’s the conversation as I recall it:

“Santa Darth, I have three wishes.”

“Three wishes! I don’t know if I allow that many!”

“Please hear me out.  First, I wish for PEACE.”

I actually had four wishes, but I knew it was too much to ask (and too much to hope for) to expect Santa Darth to help me on this one.  In fact, it’s such a long shot to occur, that I’m going to keep it to myself rather than jinx the probability.  Knowledgable confidants have already told me it’s a pipe dream.  I’ll only share the first letters  - - T  - - I  —  J.  If it ever happens, I’ll reveal what that stands for in a later blog. 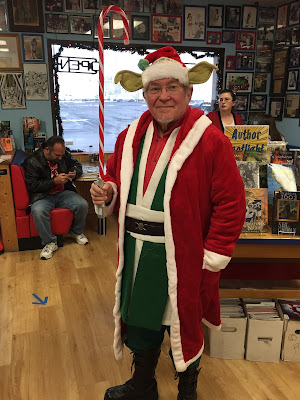 Hope you get what you want in this season of giving and sharing.

Your friend in comics.