By pghhead - July 02, 2017
EDITOR’S NOTE:  This was one of our favorite stand-alone stories from Valiant’s 4001 A.D. event.  We’re excited to see a new series .  From the official Valiant Entertainment press release . . . .
Out of the Pages of BOOK OF DEATH and 4001 A.D., Valiant’s Next Breakout Hero Charges into Her First Concussive Series 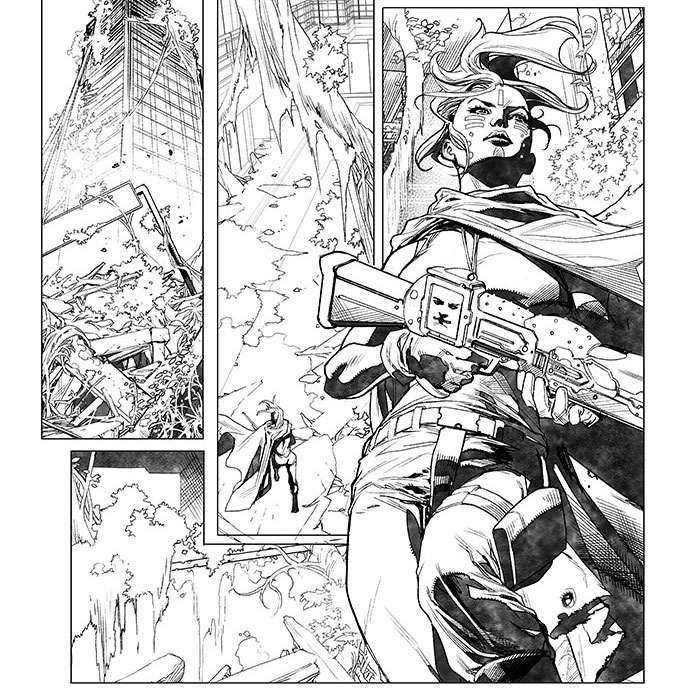 Valiant is proud to present your first look inside WAR MOTHER #1 – the FIRST ISSUE of a RIVETING NEW SERIES launching the breakout hero of 4001 A.D. into her first, much-demanded limited series! On August 23rd, New York Times best-selling writer Fred Van Lente (ARCHER & ARMSTRONG) and high-octane artist Stephen Segovia (NINJAK, Action Comics) tread deep into the irradiated jungles of the ruined continent once known as South America to forge a new myth of the near future – and bring Valiant’s next great hero of the 41st century out of seclusion and into her own as humanity’s last best hope for survival!

Two millennia from today, Earth is not the hospitable home we once we knew. Ravaged by an endless onslaught of war, disaster, and time, the world is littered with desolate badlands, fortified kingdoms, and secretive enclaves where humanity still clings to life… Enclaves like The Grove – Earth’s last known repository of scientific knowledge and bioengineered prosperity. Now, under the leadership of the lone protector called War Mother and her sentient sniper rifle, the denizens of The Grove face a critical choice: remain where they are and die, or find a new land and flourish. Can War Mother lead her people out of isolation and reignite the fires of a dying planet? And even if she can locate the distant citadel she seeks, can she fight back the horrors and perverse monstrosities that lurk just beyond her doorstep?

“Ana lives in Earth's far future, in 4001 A.D., long after the collapse of civilization as we know it,” writer Fred Van Lente explained. “Her home is a patch of mutated Amazon jungle roughly where the border of Colombia and Brazil once was. She is the primary protector of her tribe, and bears the title War Mother, because she has been symbiotically linked to her own weapon, a sentient sniper rifle nicknamed Flaco. And she has a lot to protect them from -- cannibal mutants, cyborg monsters, and weird plots from the technologically advanced remnants of the old world!”

In the wake of the smash-hit success of X-O MANOWAR (2017) #1 and SECRET WEAPONS #1 (of 4), the next must-read Valiant series of 2017 starts here on August 23rd in WAR MOTHER #1 – an all-new, self-contained introduction to the future of the Valiant Universe! Across 2017, look for BLOODSHOT SALVATION #1, ETERNITY #1, NINJA-K #1 and QUANTUM AND WOODY! #1 to join Valiant’s ICONS line-up with major new series as the largest independent superhero universe in comics gears up for its next leap forward. 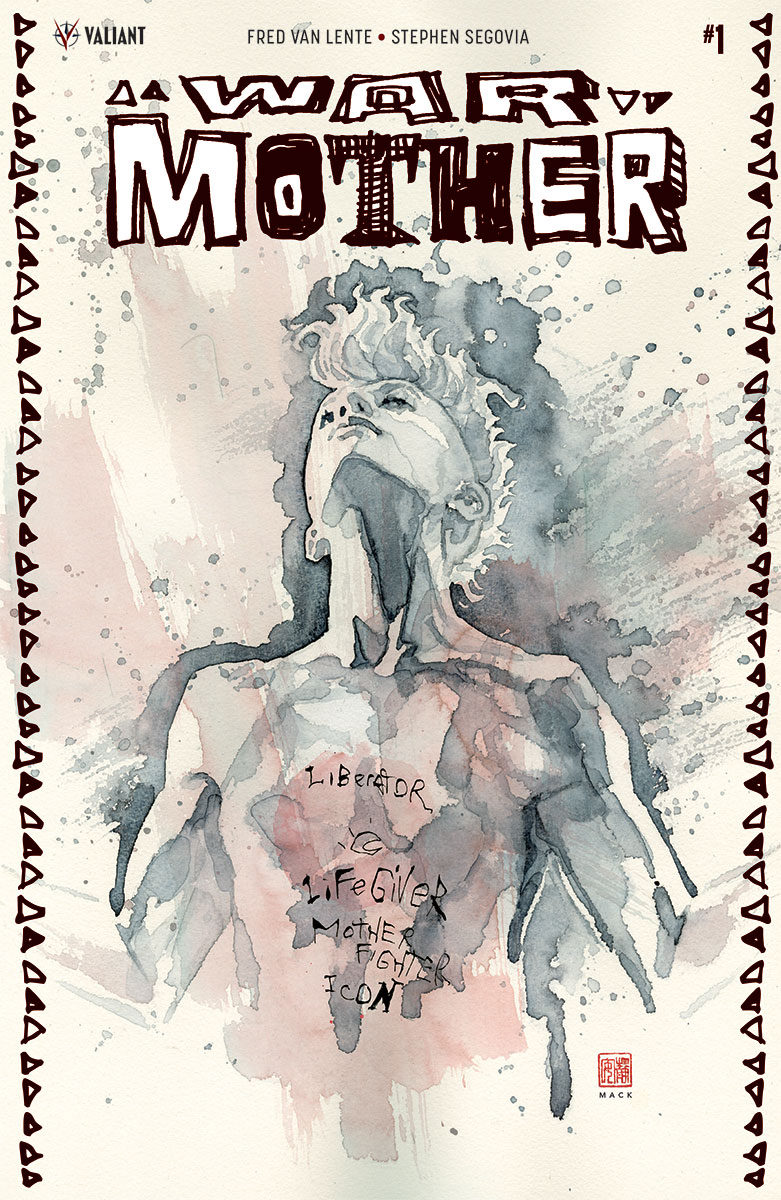 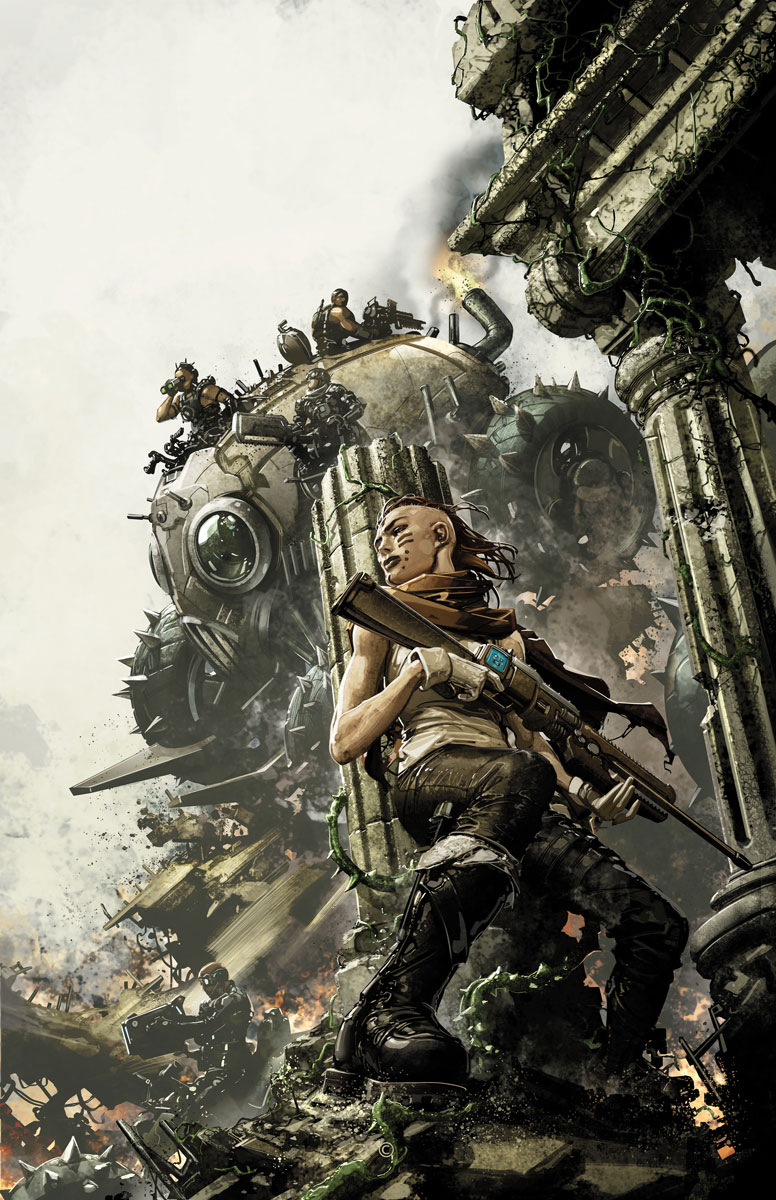 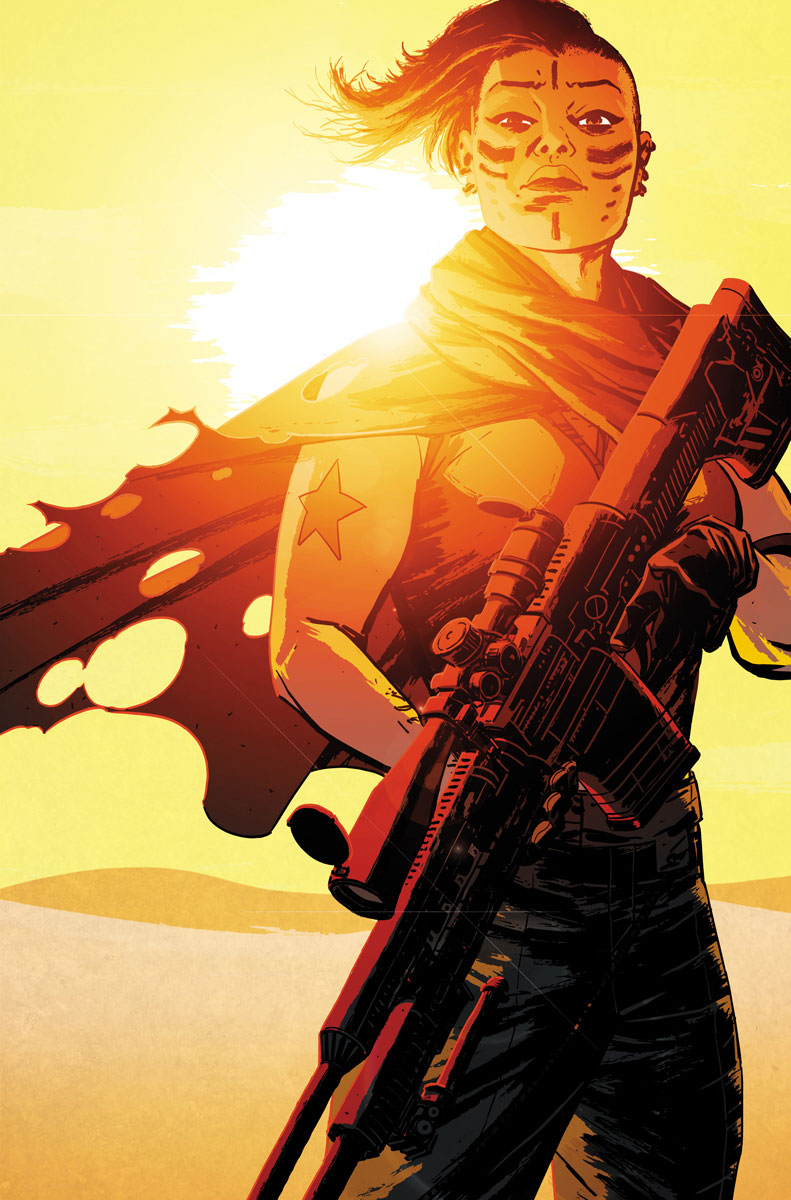 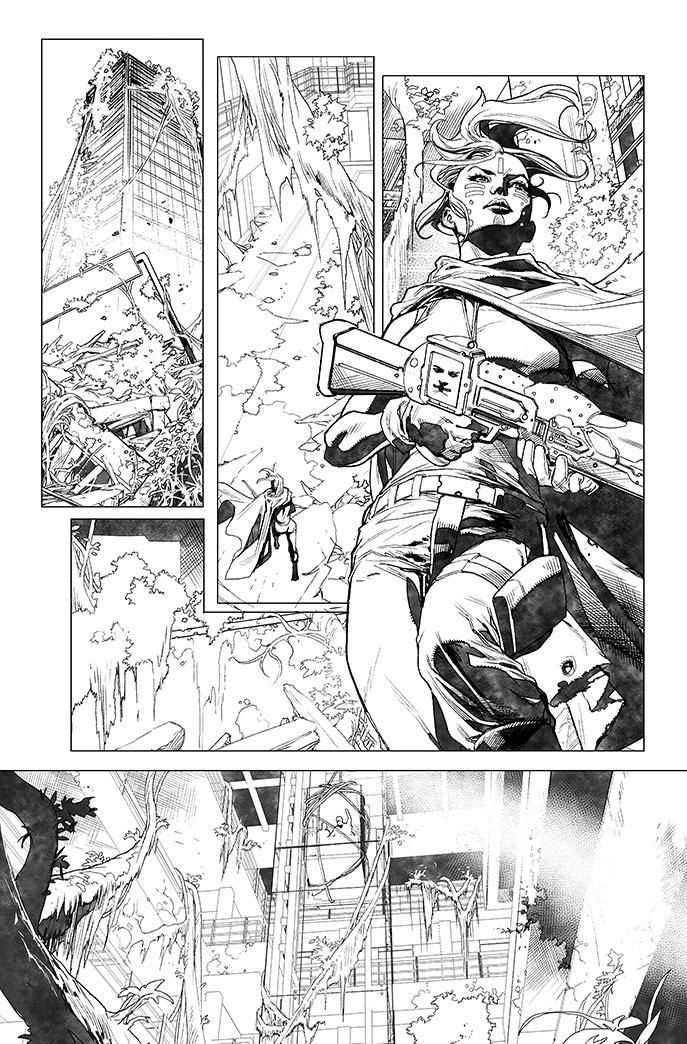 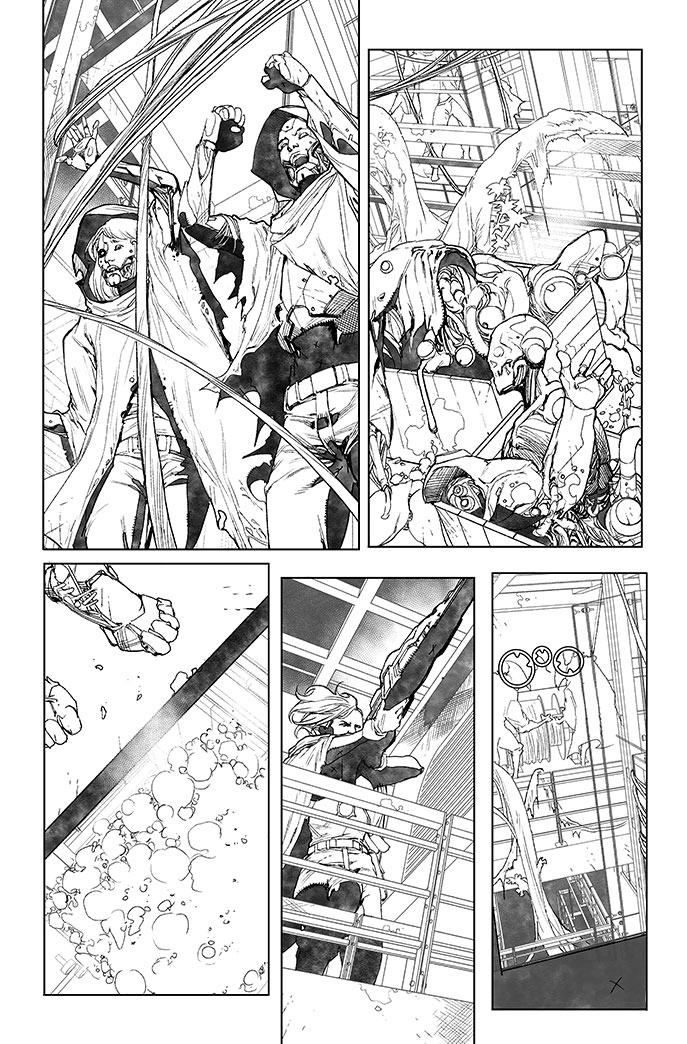 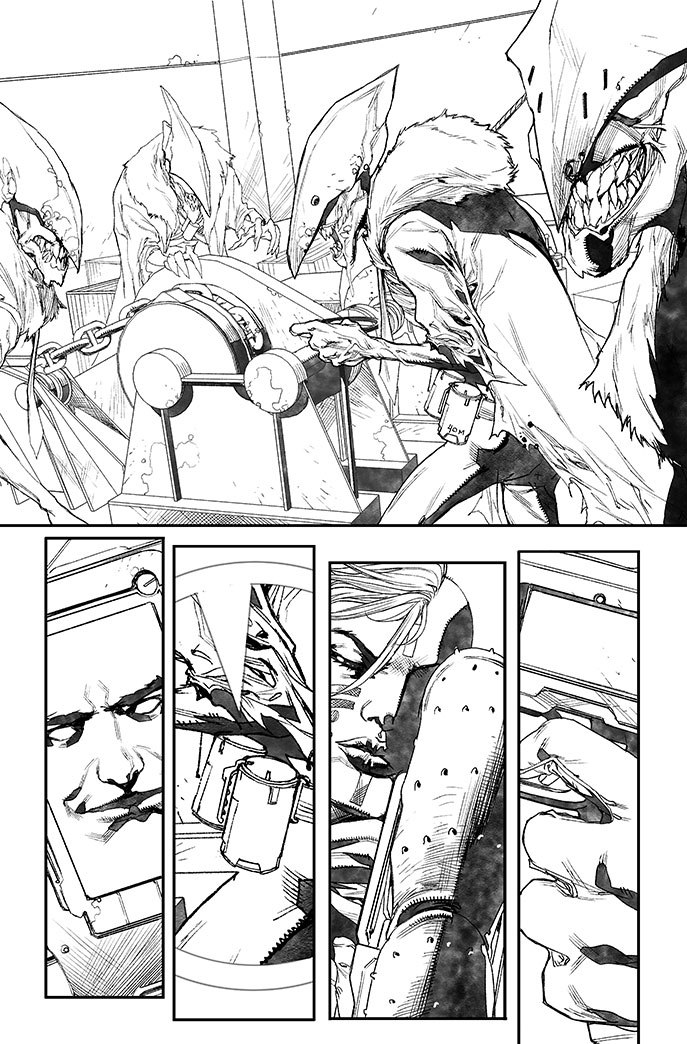