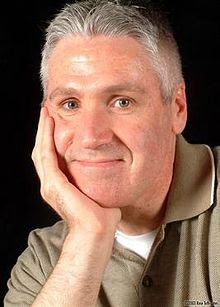 There’s a brand new comics industry award on the horizon, and it debuts September 23, 2017 at the Baltimore Comic Con.

The award is named after the late comics artist Mike Wieringo, (Michael Lance Wieringo, 1963-2007) who often signed his work with “Ringo”.  Mike is best known for his art on The Flash (DC Comics), Fantastic Four (Marvel Comics), and his co-creation, Tellos.

Unlike other comics awards that only accept nominations from comics professionals and those working within the industry, fans have an opportunity to determine which writers, artists, titles, and creative works make it onto the final ballot.  The initial nominating process began recently and concludes on July 18, 12 days from now.

Please take a minute to look through your collection and recall your favorites from 2016.  Then go to http://ringoawards.com and fill out the nomination poll.  The fan’s votes will contribute two out of five nominations per each category.  The remaining three nominations per category will be the consensus opinion of the five judges.  You can see the list of judges and their credentials on the website as well.

I’ve read a lot of 2016’s output, but certainly not all of it.  However, I’d be hard pressed to come up with nominations in each of these categories off the top of my head. I’m going to consider the books I’ve reviewed on the blog during 2016 as well as look over my collection.  Here are the categories for consideration.  Please look them over so you know what and who to vote for when you go to the award website . . . . .