From the official Comixology Press Release: 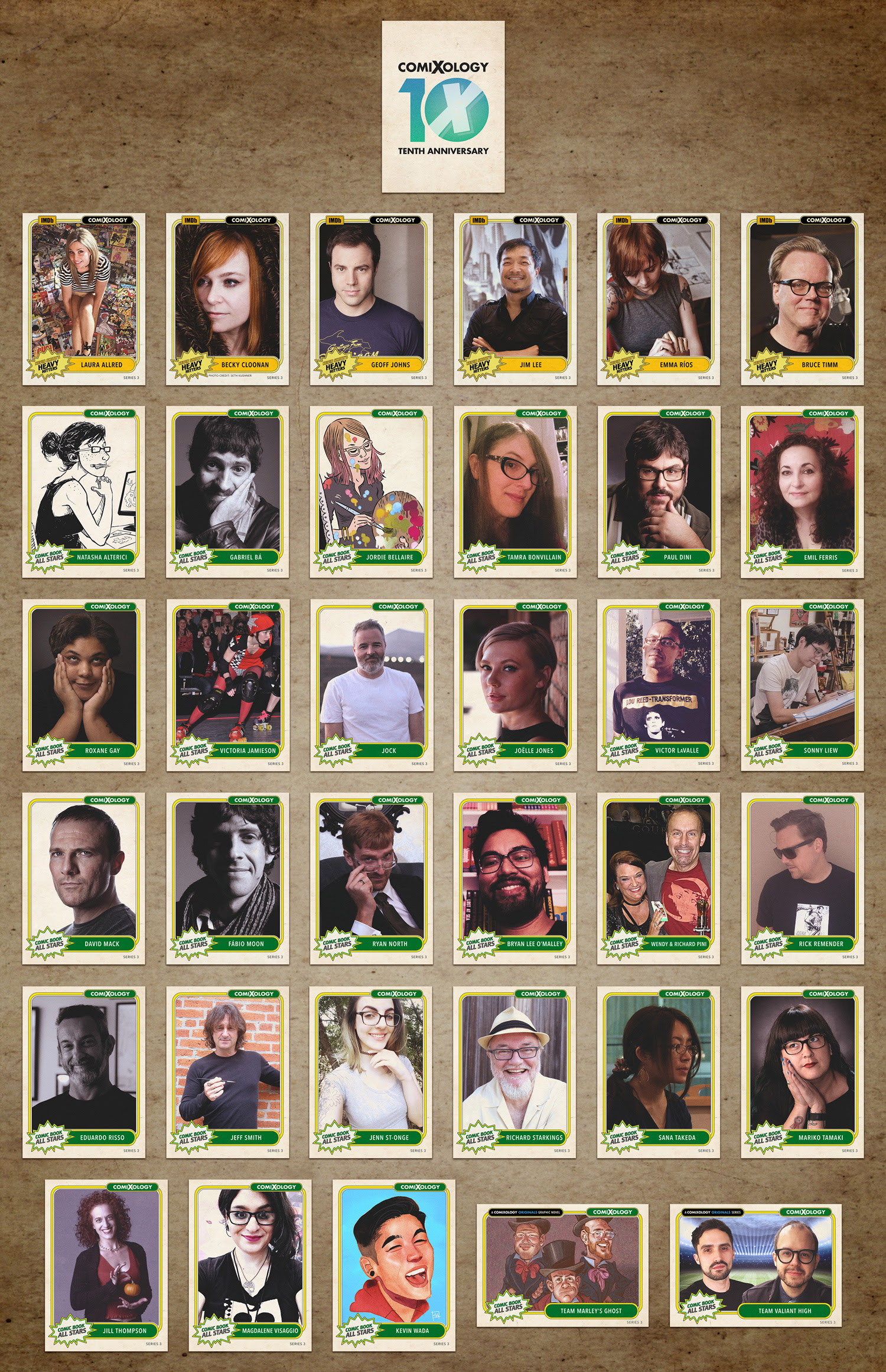 "Comics have always been an important part of my life whether I'm reading them, writing them or selling them. And it's the writers, artists, inkers, colorists, and letterers who are a vital part of this incredible form of storytelling,” said Kevin Smith, IMDb’s Comic-Con International host. “I'm proud to spotlight some of today's most talented creators who are making an impact in the comics industry with these six ‘Heavy Hitters’ as part of comiXology's All Star Trading cards for SDCC 2017."

Kevin Smith will host a Comic Book Movie Trivia panel, produced by IMDb and comiXology, at Comic-Con International. The panel will be moderated by Kevin Smith and will feature a panel of pop culture expert contestants including Fatman on Batman’s Marc Bernardin and Julie and Shawna Benson, writers of The CW’s The 100 and DC Comics’ Batgirl and the Birds of Prey. Col Needham, IMDb Founder and CEO, and comiXology CEO David Steinberger will judge the panel. The panel is scheduled for Thursday, July 20th from 5:30-6:30 PM in room 6A at The San Diego Convention Center. Full packs of All Star Trading Cards, including “Kevin Smith’s Heavy Hitters,” will be given out at the panel.”

“We pulled out all the stops for our third and final Comic Book All Stars collection featuring the star creators of comics and graphic novels. I couldn’t be happier celebrating the incredible and talented people who craft the stories we love and encourage fans to stop by our booth to collect them all,” said comiXology co-founder and CEO David Steinberger. “And how about those Kevin Smith ‘Heavy Hitters’? What a great set of cards – I can’t wait for our panel with Kevin!” 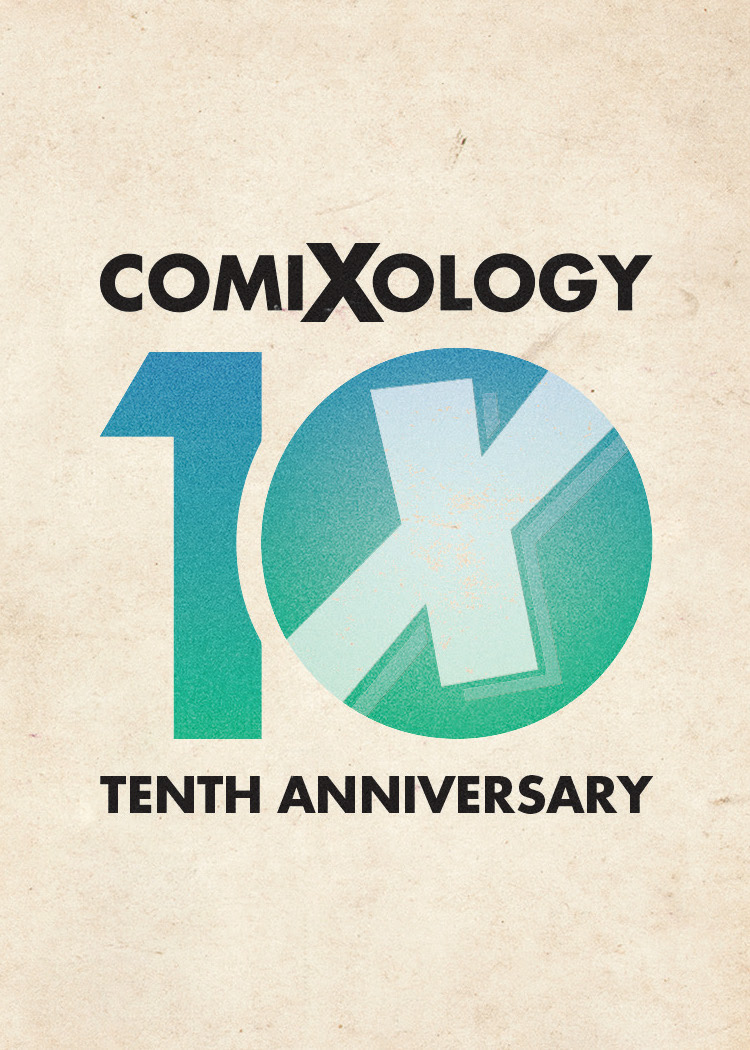 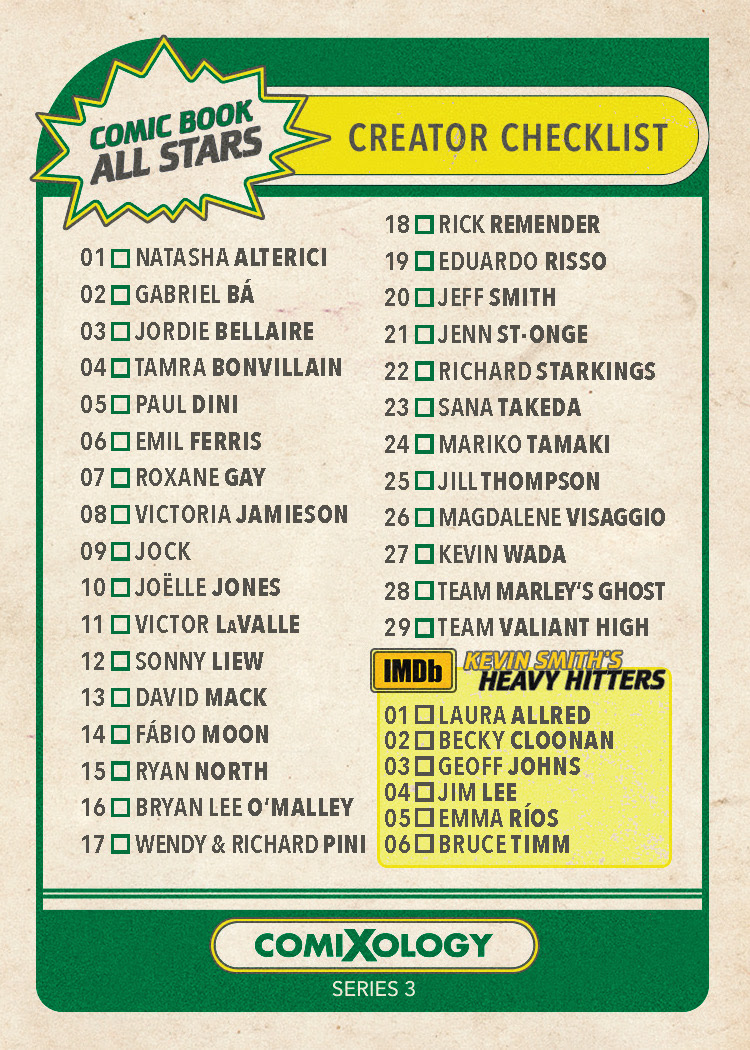 Comic-Con International takes place in San Diego, California. from July 19th – 23rd at the San Diego Convention Center with comiXology exhibiting at booth #2547. ComiXology will be hosting eleven panels at this year’s convention and during every panel a limited supply of trading cards and Kindle Fire HD devices will be given out to lucky attendees.

The Comic Book All Stars collectible trading cards will also be available at designated times during the convention at the comiXology booth #2547. The company will be announcing many creator card signings, the full list of panels, and card drops via comiXology’s social media and Tumblr closer to the convention.