Publisher Aims To Put The Monthly Back in Pulp, Genre Fiction

Pro Se Productions, in business since 2010 as a small independent publisher of genre fiction, recently announced their innovative plans for 2014 and beyond.
From its' beginnings  as producer of three magazines that featured "new pulp" short fiction by modern authors, Pro Se has steadily increased its output each year.  Pro Se later closed the magazine line and began publishing novels and short story anthologies. The PRO SE PRESENTS magazine later returned and earned several awards before ending with it's 20th issue in February 2014. In December of 2013 they debuted a new imprint - - Pro Se Single Shots.  Based on the success of that line, Pro Se moves forward with Pro Se Single Shot Signatures.
Tommy Hancock, Partner and Editor-In-Chief of Pro Se explains the transition to the new concept:  "We are always focused on producing the very best in new pulp and genre fiction in all aspects, including the format which we present it in.  It's no secret that publishing in the last five years, particularly for independent presses such as Pro Se, has moved more and more into the digital realm." 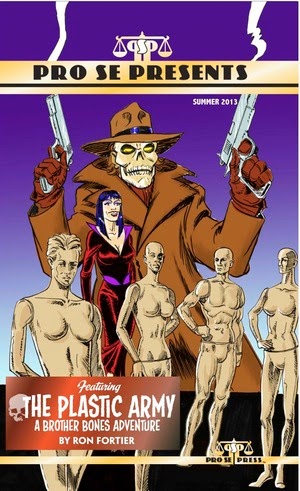 "Not only can readers carry more books around on their e-readers or their phones, but the price point is tremendously better in most cases over print books.  Digital publishing also affords writers and publishers to produce any size work they wish, including single short stories that can be offered for less than a dollar each."
The main idea behind the Single Shot Signatures is to take each story that would have appeared in their magazine and offer it individually to readers in a digital format.  Hanson explains further: "That way a mystery fan could pick up the mystery stories he or she wanted for a reasonable price without having to feel like they were buying other stories they may not enjoy."  But an even more intriguing idea presented itself to the publishers.
"The concept of digital singles affords Pro Se to really bring the concept of pulp storytelling and even, in an indirect way, the idea of recurring tales from a consistent stable of authors on a regular schedule - - much like classic pulps did - - into the 21st Century.  This kernel of an idea took root with us rather quickly and brings us now to possibly the most exciting announcement Pro Se has made in a long time = Pro Se Single Shot Signatures." 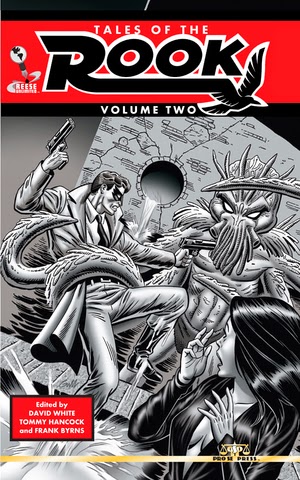 The Pro Se Single Shot Signature line brings together 38 writers from across the spectrum of genre fiction. Each of these authors will be producing either an original series of his/her creation featuring recurring characters or concepts, or writing an imprint of individual stand alone stories entitled "From The Pren Of . . ." and the author's name. Multiple genres are represented, from jungle tales to horror stories to some that defy description.
Some will produce stories on a bi-weekly, monthly, bi-monthly, quarterly, or bi-annual schedule.  Each story will range in length from 3,000 to 15,000 words. Three titles will debut in April.   In the coming days, news concerning the individual authors and the series and/or imprints they are working on as well as production schedules will be released from Pro Se Productions.
To learn more go to www.prose-press.com.
﻿
﻿