JOSHUA HALE FIALKOV KICKS OFF A NEW CHAPTER AT DYNAMITE ENTERTAINMENT.  THE DEVILERS ARRIVING IN JULY FOR ONLY $2.99. 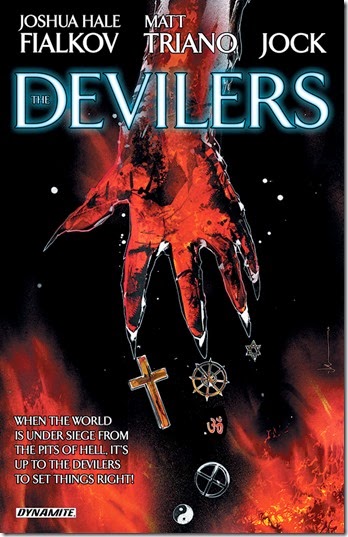 April 18th, 2014, Mt. Laurel, NJ:  Dynamite is proud to present the first book in a series of creator driven comics, featuring all new characters from the industry's best and brightest.  The Devilers is written by the acclaimed author Joshua Hale Fialkov, working with Dynamite for the first time, and accompanied by the incredible art of Matt Triano.

Single issues in this line will be priced at $2.99, allowing fans the opportunity to affordably try all of the new series.  And to help retailers stock up with confidence, each launch issue will be completely returnable.  To sweeten the deal for fans and retailers alike, The Devilers #1 will feature covers by Eisner Award Nominee Jock and a beautiful retailer incentive by the masterful Marc Silvestri.  Be sure to look for The Devilers, coming this July to retailers and digital platforms.

The following creator driven books are a small sampling of titles that will come after The Devilers, beginning August 2014 through 2015, to keep the momentum going, from the best comics has to offer:
Peter Milligan - Terminal Hero
Duane Swierczynski - Ex-Con
Andy Diggle, Angela Cruickshank, and Ben Oliver - Control
James Robinson - Grand Passion
More creators and titles are scheduled to be announced. 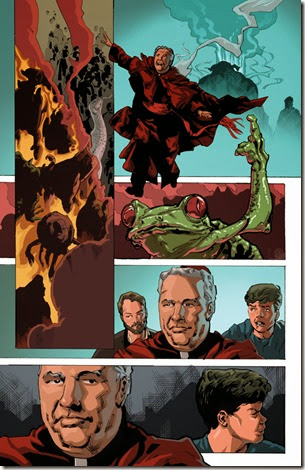 When the world is under siege from the pits of hell, it's up to The Devilers to set things right.  The world's greatest exorcists pit themselves against Satan's army, while all of creation hangs in the balance. From the writer of The Bunker, The Ultimates, and I, VAMPIRE comes a horror-fueled adventure through hell itself.

"Fans of the work I did on I, VAMPIRE will find a continuation of a lot of the themes and ideas I started over there, but in a completely new package," says best-selling comic book writer Joshua Hale Fialkov, "It's been a blast to tell a big ol' supernatural horror adventure story again."

"There's a great tradition of team books in comics and we've worked hard to continue that tradition here." - Joseph Rybandt, Dynamite Senior Editor.  "This series is the ‘Magnificent Seven' of different religious figures banding together to fight off an evil that will take all of their powers.  Joshua is an incredibly gifted writer who has proven that he can tackle any genre.  He has an impressive track record from Elk's Run and Tumor to his I, Vampire, Ultimates, Bunker comic series and more, and I will be biased in stating that The Devilers is his best work to date.  His writing is crisp and smart.  Add to that the incredible artwork that Matt Triano is delivering, and the unbelievably captivating covers by Jock, and you have an incredible series.  This is the first in an incredible line of creator driven books and we're launching off our creator-driven the line up with an incredible group of creators bring incredible passion for the launch series to help celebrate and usher in for the next chapter at Dynamite." 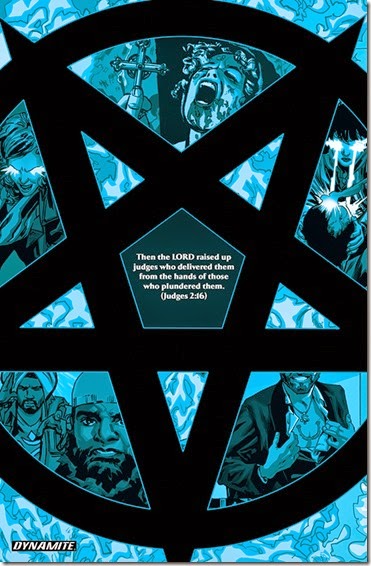 Joshua Hale Fialkov is the Eisner, Harvey, and Emmy award nominated creator of The Bunker, Tumor, Punks, and Echoes.  He was the writer of the critically acclaimed I, VAMPIRE for DC's New 52, and is an architect of the ULTIMATE UNIVERSE at Marvel Comics.  He lives in Los Angeles with his wife, daughter, two dogs, and a disgruntled cat.
The Devilers #1 will be solicited in Diamond Comic Distributors' May Previews catalog, the premiere source of merchandise for the comic book specialty market, and slated for release on July 16, 2014.  Comic book fans are encouraged to reserve copies of The Devilers #1 with their local comic book retailers.  The Devilers #1 will also be available for individual customer purchase through digital platforms courtesy of Comixology, iVerse, and Dark Horse Digital.