Advance info on HARBINGER: shockers ahead! 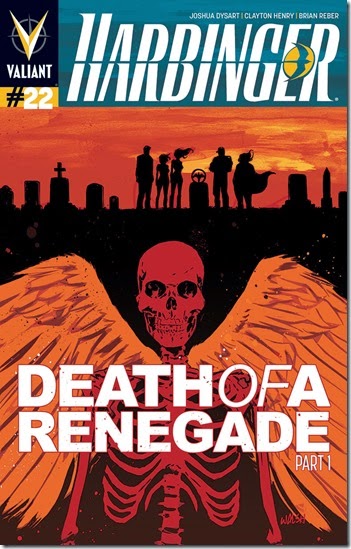 (Editor’s Note: I’ve been  a big advocate for HARBINGER as Valiant’s best title, not an easy choice to make as all their books are high quality.  After reading the first story arc multiple times (and loving it) I stock-piled the following issues, planning a marathon reading binge at some future point. After learning of these two upcoming developments, I feel the urge to begin reading HARBINGER again as soon as possible. Here’s the first announcement  - - only second in importance due to the nature of the next announcement. Without that, this would probably be an even bigger deal.)

Per the official press release, writer Joshua Dysart  “has made no bones” about his plan to kill a member of Valiant’s beloved teenage heroes, the Harbinger Renegades . . . . . but who will fall?   The devastating answer will be revealed in a three-part milestone called “Death Of A Renegade”.   This begins this Wednesday, April 23rd, featuring more incredible artwork from Clayton Henry.  It’s been labeled as the “most powerful story Valiant has released to date.” 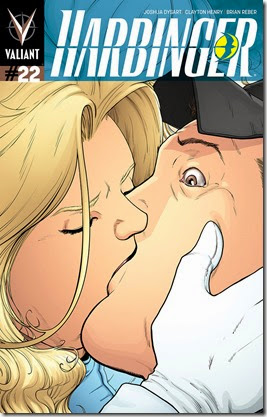 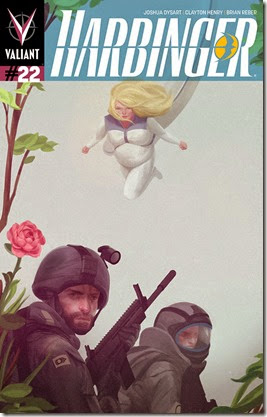 (Editor’s Note:  The following announcement is the one that has me shocked. On the plus side, I fully expect a dynamic story with a finite ending.  As a consolation, at least there will be two Harbinger mini-series scripted by Dysart to get us through the summer.) 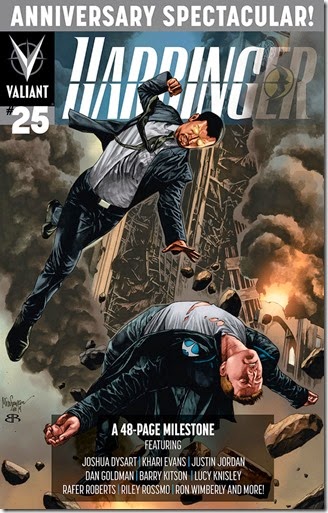 Spinning out of the deadly consequences of "Death of a Renegade" in next week's HARBINGER #22, Valiant is proud to announce two major milestones coming this summer for the wildly acclaimed ongoing series HARBINGER by New York Times best-selling writer Joshua Dysart.  As detailed  at WonderCon 2014, the title will reach its long-planned finale with July's HARBINGER #25 – an oversized, anniversary milestone issue featuring the final chapter of Dysart's long-running confrontation between Harbinger's super-powered team of teenage Renegades and their omega-powered ex-mentor, telekinetic zealot Toyo Harada.

"I've always tried to remind readers that these are kids and they're in over their heads and they've never been very good at what they do.  There's just repercussions to this kind of behavior even if you have superpowers," writer Joshua Dysart revealed in an interview with Comic Book Resources.   "That's what we're moving toward, we're moving toward that final statement – really saying that strongly for the reader, 'This is what the story was always about.' It was about inexperience in the face of great danger."

Clocking in at a massive 48 pages, HARBINGER #25 will also feature the return of original series artist Khari Evans (Archer & Armstrong) – plus all-new stories and artwork from an incredible cast of talents, including Barry Kitson (Adventures of Superman), Justin Jordan (The Strange Talent of Luther Strode), Lucy Knisley (Relish: My Life in the Kitchen), Riley Rossmo (Bedlam), Ron Wimberly (Prince of Cats), and many, many more.
Then, in August – out of the ashes of HARBINGER #25's devastating climax – find out what happens next to the most powerful players in the Harbinger universe as Joshua Dysart and heat-seeking artist Rafa Sandoval (Red Hood and the Outlaws) pick up of the pieces with an all-new, three-issue mini-series – HARBINGER: OMEGAS #1 (of 3) – that clo 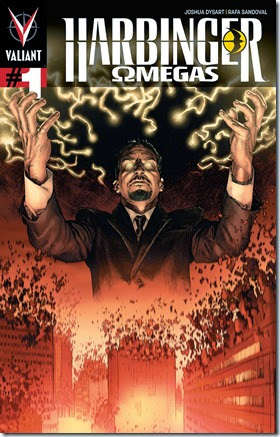 "HARBINGER: OMEGAS is about both the surviving members of Harbinger and how they move on from the loss and the finality of the event at the end of the Harbinger book; and it's also about Harada rebranding, changing his empire, dismantling Harada Global HTC and refashioning himself as really, for lack of a better term, what we would see as a more traditional super villain in comics, because he hasn't been given a choice," said Dysart.  "It's a bridge story about the change in these environments and how we're going to get to the next chapter of the Valiant Universe."