EDITOR’S NOTE:  We have missed the presence of Shadowman from Valiant titles for several months.  Ninja #10 begins the four-part story of his return.  We’ve been waiting anxiously for this ever since it was announced.  The story pulls you in right away.  It also re-introduces Punk Mambo, another great Valiant character.  Here is a short preview to whet your appetite without giving away too much. 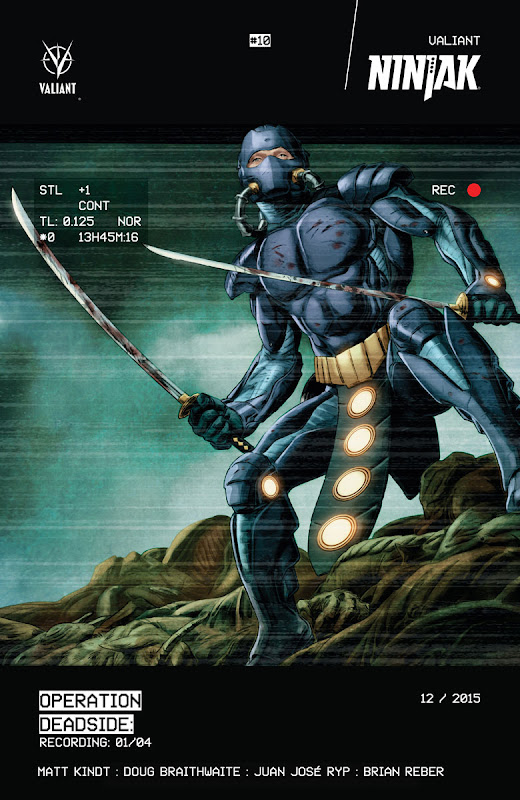 This time we’re going to talk about the art first.  Without detracting at all from the very engaging and well-paced story, the art in this issue is an absolute home run.  Give credit to writer Matt Kindt for imagining the nightmare world that Ninjak will travel.  But it’s the magic of artist Doug Braithwaite who really brings it to life.  Braithwaite’s art really works extremely well with the story.  It’s not something you see everyday despite the plethora of skilled writers and artists working in comics today.  The last time I was impressed this way was the Captain America run of issues scripted by Ed Brubaker and detailed in photo-realistic imagery (without tracing) by artist Steve Epting. 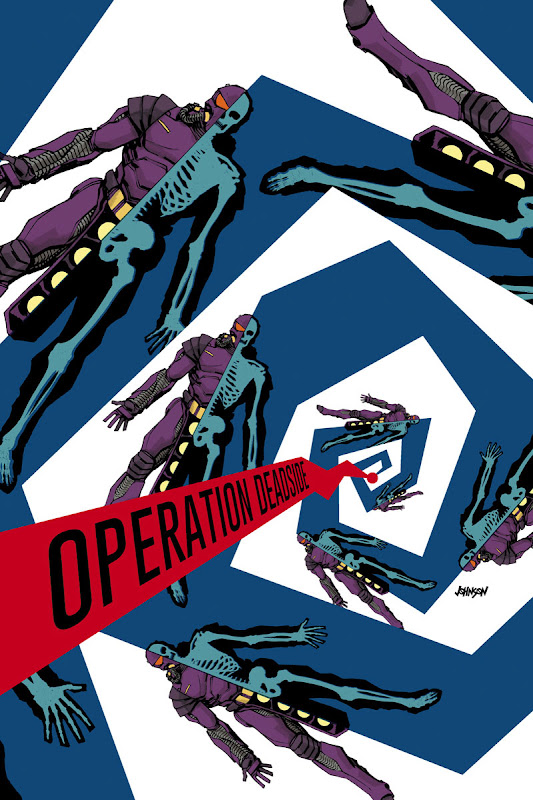 he main story, the MI-6 secret research and holding compound is broken into, and demolished in an effort to free a special prisoner - - The Fakir, one of the Shadow Seven agents previously captured by Ninjak, and possessing magical regeneration and distortion abilities.  He is freed by Ember, a powerful oversize agent with a magical hammer (who resembles an ogre or giant troll similar to Ulik from the Thor books) who transports Fakir through a portal to the Deadside.  The first mission to enter the Deadside and re-capture the prisoner results in a complete failure. So Colin King / Ninjak is called in.  And paired up with Punk Mambo.

They make for two unlikely partners.  Ninjak comes with extra preparation and a battle suit modified for Deadside conditions.  Punk Mambo wears her usual garb - - leather jacket, hot pants, garters and combat boots — which offset her pink mohawk nicely. There are some amusing quips between the two. My favorite line occurs while Ninjak is getting battle-dressed.  Punk Mambo observes with interest and comments: “You been spendin’ too much time with X-O Manowar.”

She uses her magic to conjure a loa and they ride it into the dangerous dimension of the Deadside.  It doesn’t take them long to locate their quarry and they get into trouble immediately.  It’s a great start to what looks to be a very entertaining storyline. 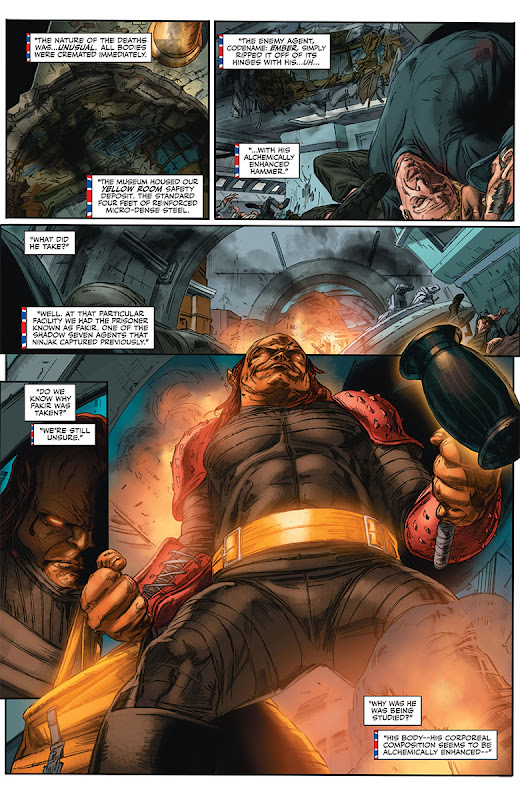 What immediately impresses about the back-up feature, “Legend of The Magpie” is the art by Juan Jose Ryp.  It’s just the right blend of Barry Windsor Smith and Art Adams plus Ryp’s personal touch to truly indicate the barbarity of the environment depicted.

The second story is told through narrative captions in past tense.  The Magpie is the emissary of Master Darque, the most powerful being in the Deadside, and has been charged with tracking down some lost artifacts.  The Magpie resembles a Mongol warrior with dreadlocks and a death mask, his body wrapped in many bandages. His torso is confined by long lengths of glowing blue mystical rope, by which Darque keeps him under control and subservient.  But that death mask is a giveaway.  We experienced readers know that this is Shadowman.  Despite tales of his ruthlessness some bits of memory are returning and his humanity is awakening.

SUMMARY:  A great start to this new story.  We look forward to Chapter Two.