Politics and Horror mix in THE EIGHTH SEAL 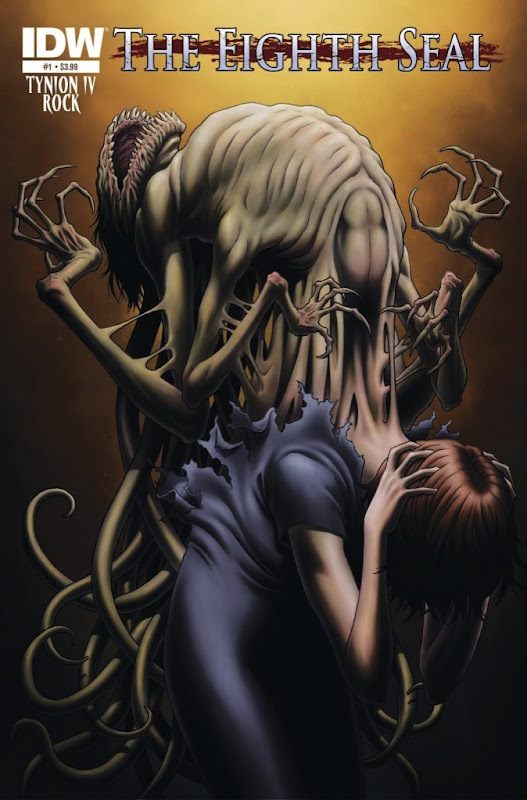 We see his name coming up more these days. Comics writer James Tynion IV is not only prolific; he’s also very diverse.  Best known for his work on TALON for DC and THE WOODS, MEMETIC and COGNETIC for BOOM, he’s also co-writing BATMAN AND ROBIN ETERNAL with Scott Snyder and mixing genres with the just-released BATMAN/TEENAGE MUTANT NINJA TURTLES. Without benefit of any other information, learning that the title of Tynion’s newest offering is THE EIGHTH SEAL doesn’t indicate what it might be about. One look at the cover and you know automatically that this is a horror story.  Jeremy Rock’s cover illustration depicts body horror/transformation of the worst kind.

The story starts off like you would expect a psychological horror tale to begin, in the analyst’s professional office. Amelia Greene suffers from disturbing visions and is having trouble sleeping. These horrifying sights have become waking visions, and the last one resulted in her losing consciousness and falling to the floor. She keeps seeing herself transformed into a monster that attacks children and loved ones. Her psychiatrist diagnoses this as extreme stress.  She wants him to prescribe an even stronger dose of the medication she’s been taking to suppress the visions. He seems a little too distant and aloof, and suspicious.

Frequent readers of horror tales and horror comics may feel that they have read similar stories in the past, but this one travels down a different path.  Amelia Greene is the First Lady of the United States.  Is she truly having difficulty or is she being manipulated? Politics rears its’ ugly head. In addition, there are some interesting subplots involving conflict between the White House Chief of Staff and the advisor/co-ordinator for the President’s wife.

As Issue #1 progresses, Amelia sees the monster’s image again and it seems another spell/event is about to occur as the issue ends. 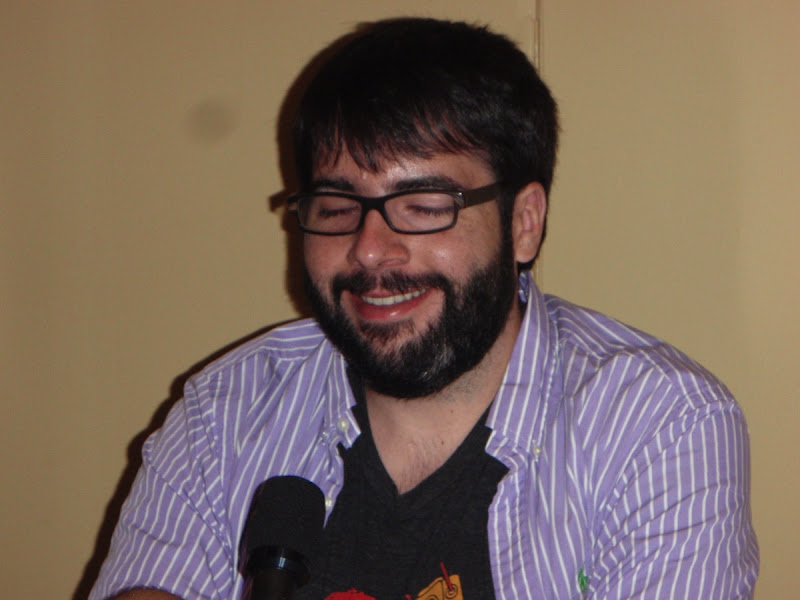 Author Tynion has referred to THE EIGHTH SEAL in several interviews as “Rosemary’s Baby meets The West Wing.”  It’s not hard to imagine the stress of being the wife of the most powerful man in the United States causing massive anxiety which could possibly lead to visions and nightmares.  That’s politics for you!  Of course, those of us who enjoy horror are rooting for this to be something much worse.

THE EIGHTH SEAL is not a brand new comic, but is being published in a print edition for the first time.  It debuted in April 2013 on the THRILLBENT website, Mark Waid’s subscription service for original digital comics, and has posted nine chapters to date.  Issue #1 of the IDW series reprints Chapters 1 and 2.  Those two chapters can also be viewed for free on the THRILLBENT website, and it’s worthwhile to check out THE EIGHTH SEAL in both versions.  The click and reveal feature of the digital site lends some additional shock value to the proceedings, but the print version is still effective and should provide some fun frights for horror fans.

The art by Jeremy Rock might seem rather workmanlike, until you view the panels that illustrate the strange visions.  This is where the skills of Rock are truly showcased. The images are definitely creepy and disturbing.