This book features Zombies versus Aliens.  What more could you ask for?  There is actually a lot more, such as a small-town Montana collective community with the recent death of its’  leader igniting a power struggle.  A militant faction of the collective goes head to head with the environmentally minded group that wants to stay in power.  Can the son of the late leader carry on and pull this community back together? 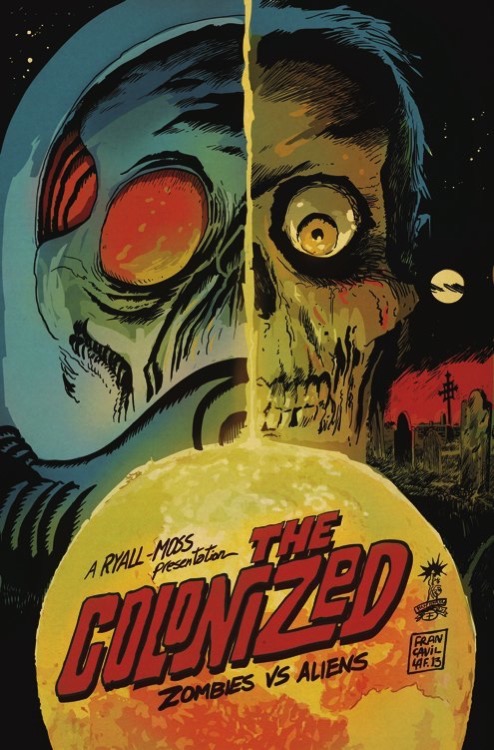 Things get complicated when an alien exploratory craft enters the Montana atmosphere and transports a human from ground level to their ship to make introductions.  The alien ship captain prepares his “take me to your leader” speech but gets a surprise.  It turns out that the ship hovered over a cemetery and tractor-beamed a buried corpse aboard the ship.  This activity causes the corpse to be revived as (you guessed it ) a flesh eating zombie.  Mayhem ensues aboard the spacecraft and it eventually crashes, inadvertently reviving all the dead relatives in the cemetery and unleashing a zombie infestation that spreads to cattle and livestock as well.

Aliens and humans have to work together to prevent a catastrophe. Mix in a secret weapons cache, a runaway train armed with explosives, and an ATF (Alcohol , Tobacco, and Firearms) agent infiltrating the community in order to track down a militant fugitive.

There’s a vibe to this book that resonates like the more entertaining parts of the MARS ATTACKS movie, comics and original trading cards.  The story is clever and so is the art, which provides a light-hearted touch to the more grisly activities.

THE COLONIZED is now available as a trade paperback and/or digital edition, featured on the www.idwpublishing.com  website.