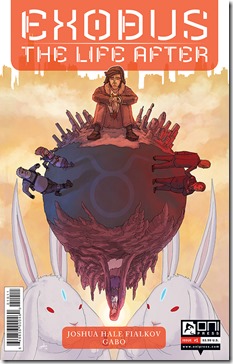 In Exodus: The Life After Jude has been sent right back where he started: Purgatory. With no memory of his previous adventures or relationships, Jude's existence is stark and empty. Yet, just outside his awareness, his friends--including the late, great Ernest Hemingway and a very tenacious preteen girl--struggle to free him. Because in the quest to overthrow God himself, the only person who stands a chance is his son.

"All of my books are like my children, but, The Life After is something different,” asserts Fialkov.  “It's a playground for ideas and thoughts that gives me something that I don't necessarily get from my other series.  With Exodus: The Life After, Gabo and I are getting a chance to tell big epic stories with an intimacy that you can only do in comics, and, specifically, at Oni." 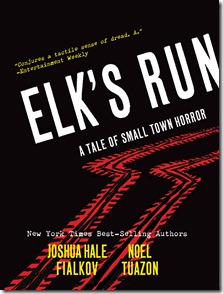 A vividly and viscerally illustrated tale of rural horror, Elk’s Run takes its place among the most chilling and affecting works of graphic fiction. The debut collaboration of Eisner, Harvey, and Emmy nominated writer Joshua Hale Fialkov and Harvey and Eisner nominated artist Noel Tuazon is back a decade later and even more relevant. Elk’s Run: Tenth Anniversary Edition will be a high-quality, gorgeous hardcover release of the landmark graphic novel. Before the physical release on November 11th, fans can enjoy the graphic novel in weekly installments via ComiXology.

THE VINE IMPERATIVE debuts in October in IMPERIUM from Valiant

In 1968…Earth's most powerful man brokered peace with a secret alien faction. 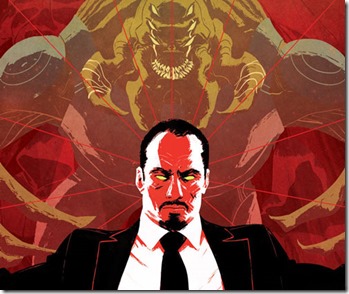 A deadly chess game between Harada and the alien visitors called the Vine has been unfolding for decades. The Vine plantings, the secret alien agents of a galaxy-spanning race, now hold positions of influence all over the planet. Toyo Harada, Earth’s most powerful psiot, has amassed a bedrock of power through his corporate, political, and super-powered maneuverings. A tense standoff has long held between these two slumbering giants and each was content to bend the world to their will without the other interfering…until now.

Now, openly hunted by the governments of the world, Harada's campaign of world domination continues from his East African stronghold, the Foundation Zone. Soon, the Vine agents who have watched him for decades will move to keep his machinations in check, and, if Harada wants to rule the world…he’ll have to get rid of the competition first!

Cold war turns red hot on  October 7th as the acclaimed writer of HARBINGER and the artist of UNITY team-up for a fraught confrontation between two secret armies…and two different worlds! Jump on the board the series that Bloody Disgusting calls “the height of sophisticated comic book stories” here as Toyo Harada and a clandestine alien network collide in " THE VINE IMPERATIVE", beginning in IMPERIUM #9 – featuring covers by Kano (BOOK OF DEATH: THE FALL OF HARBINGER), Giuseppe Camuncoli ( Amazing Spider-Man), and Juan José Ryp (NINJAK)! 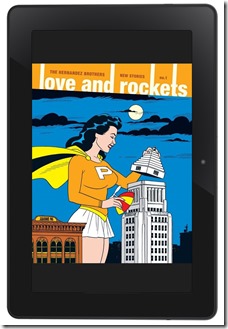 “Fantagraphics Books is one of the premiere publishers of cutting edge work from an impressive line up of cartoonists today and of the last 25 years,” said David Steinberger, comiXology’s co-founder and CEO. “It’s great to expand their availability by adding these titles to Kindle, where they’ll be available to an all-new, ever-expanding audience!” 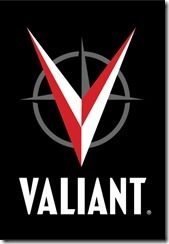 Videogame consultancy powerhouse The Powell Group announced that the PlayStation® Store is now carrying themes featuring characters from Valiant Entertainment’s award-winning library of titles, including X-O Manowar, Bloodshot, Archer & Armstrong, Rai, Quantum and Woody, and Shadowman. The PlayStation® Store has just added these exciting new PlayStation 4 (PS4) themes to their offerings, and each Valiant theme is also available for the PlayStation 3 (PS3).

“Through our partnership with The Powell Group, Valiant’s diverse lineup of characters are now leaping off the comic page to the PS4 screen, showcasing the brilliant artwork that has helped catapult Valiant to become one of the leading publishers in comics today," said Russell A. Brown, Valiant’s President of Consumer Products, Promotions & Ad Sales.