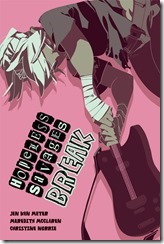 k publisher, announced today a new release date for the next chapter in the Hopeless Savages series. Hopeless Savages Break will now release in November 2015. Originally slated for August, the title’s release date has shifted due to a production delay.  “Nobody is more eager to have the Hopeless Savages back on bookshelves than me,” commented Oni Press editor in chief James Lucas Jones. “While this delay is unfortunate, it’s allowed us to bring fans the best book possible, and in the end that’s the most important thing.”

Hopeless Savages Break continues the story of fan-favorite protagonist Zero and her punk rock family. Zero finds herself in college and thoroughly hating it, though an upcoming tour with her band The Dusted Bunnies promises to rejuvenate her spirits. But when a rival band threatens to end the tour early, and without her family, Zero is in no position to fight back.

Keighley, UK August 5, 2015 --Witch House Media UK has announced the launch of a Kickstarter fundraiser for the sequel to its critically acclaimed first graphic novel, Transreality. The upcoming book, Transreality: New Worlds, is a science fiction story that explores the ideas of artificial intelligence, physical and mental modification of human beings and what it truly means to be human. 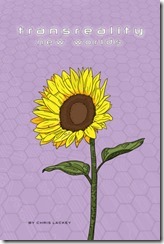 Transreality: New Worlds explores a future where people can live solely as digital beings in virtual environments. These digital people can make copies of themselves to live more than one life at a time. They can also download their consciousnesses into real, physical bodies in the living world. But having more than one version of yourself can cause unexpected problems and societal changes.

Transreality: New Worlds picks up where Transreality left off, with James, a 21st century man, Soni, a teenager exploring the limits of her new reality and Alexis, an uplifted, pink gorilla, exploring the galaxy in search of James’ long, lost children. But when he finds them will he understand what they have become? Will they have a place in each other’s lives?

For more information about the Transreality: New Worlds Kickstarter project go to:

VENDITTI TO SCRIPT WRATH OF THE ETERNAL WARRIOR FOR VALIANT

Valiant is proud to debut some covers for WRATH OF THE ETERNAL WARRIOR #1 – the FIRST ISSUE of the all-new ongoing series from New York Times best-selling writer Robert Venditti (BOOK OF DEATH, Green Lantern) and visionary artist Raúl Allén (BLOODSHOT REBORN, Hawkeye)! Out of the pages of BOOK OF DEATH…Valiant's immortal master of war steps to the fore on  November 18th for a daring new quest unlike anything he's ever faced before. 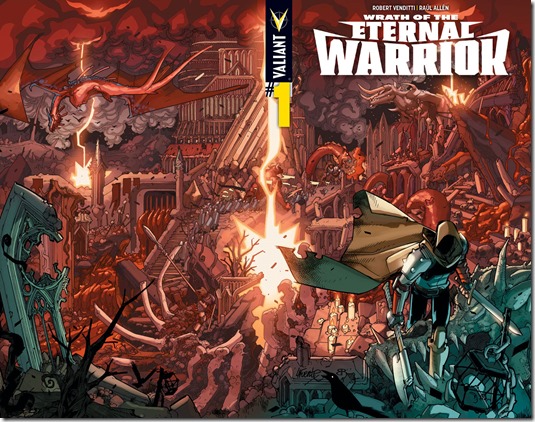 For five millennia, the Eternal Warrior has shaped history at the end of his sword. He’s razed empires, toppled civilizations, and broken armies as an immortal soldier in service to the Earth. 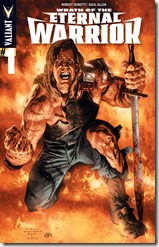 But now, the Eternal Warrior has been torn from the world he once protected and finds himself stranded in a hostile alien landscape unlike any he’s ever faced. Separated from his earthly environs, can history’s deadliest soldier survive a realm far older, far deadlier, and fare more ruinous than anything he’s ever encountered before? Beyond Earth lies eternity… 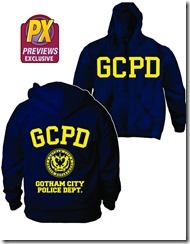 ailable to pre-order from the August PREVIEWS catalog and is scheduled to arrive in comic book shops exclusively in late October.

The navy blue zip-up cadet hoodie features the GCPD abbreviation on the front in bold yellow varsity-style letters. The back of the hoodie features “GCPD” written across the shoulders, as well as the name “Gotham City Police Dept.” and the department’s seal, all in bright yellow. The hoodie is available to order in size small to XXL and can be ordered using item code AUG152080.

To ensure correct sizing, fans are encouraged to tell their comic shop their desired hoodie size as individual item codes correlate to sizes SM-XXL. The hoodies can be ordered only from the August PREVIEWS, which is available in comic shops. Find a comic shop at www.comicshoplocator.com to pre-order yours today.

AUSTIN, TX, July 31, 2015—In the tradition of publications like Heavy Metal and 2000AD comes Strange Kids Club Magazine—a self-published comics and humor magazine that provides new and upcoming creators a chance to have their work seen in print while also expanding on the offbeat, irreverently funny universe of Strange Kid, the fictitious blue-haired mascot of Strange Kids Club. 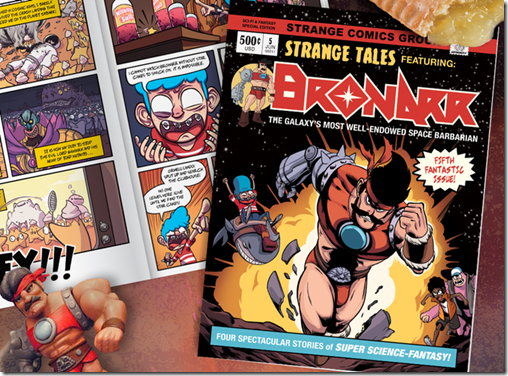 The latest issue, now on Kickstarter, includes four self-contained stories by writers and artists from around the globe and introduces readers to a brand new character, Bronarr: Space Barbarian! Behold as Bronarr blasts, bludgeons, wrestles and wiggles his way through the forces of evil amongst the stars—a hilarious parody of madcap muscleheads like Thundarr the Barbarian and He-Man—in a space misadventure starring Strange Kid and his pals Lando, a smart but relatively normal kid, and Orwell, a chupacabra who only speaks Spanish.  For more details, go to . . . . . .