Have You Seen The New 1First Comics Site?

Devil’s Due has now partnered with First Comics to bring some new and classic works to print and digital.  I fondly remember First Comics from the 1980’s and look forward to the revival.  Check out Grimjack (not available yet, maybe those rights belong to IDW now) and E-Man by Nicoli Cuti and Joe Staton.

Spend some time on 1FirstComics.com to get to know the exciting titles from Devil's Due/1First Comics and their creators!

Wow!  Already up to Issue #3 of 4.  Have you been reading this yet?  I was ready to jump in, but feel that waiting until it all plays out and then reading them in order may work better for me (considering the piles of unread comics that surround me). Issue #3 hits comic shop shelves on September 23.  A second printing of Issue #1 will be available on August 19.  Here’s what some others are saying:

“ It really is the best kind of crossover… BOOK OF DEATH is a bold entry point into the Valiant Universe and, for long time fans, a crossover that seems to validate tons of long-term stories.” – Multiversity Comics

Featuring the last stands of Valiant icons, the first appearances of all-new heroes, and tantalizing clues of future events, BOOK OF DEATH is the gateway to the next decade of the Valiant Universe and beyond. 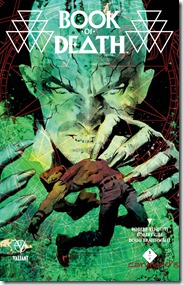 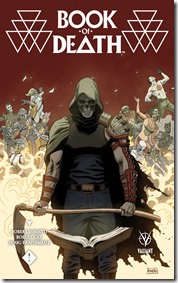 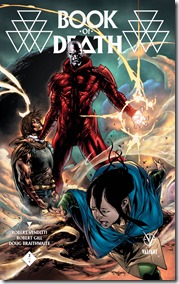 Icon Heroes have created some new paperweights featuring popular DC Comics heroes from The Flash and Arrow TV series.  These are available to order in the August PREVIEWS catalog and will release to comic shops in late November 2015.

(BALTIMORE, MD) — (August 11, 2015) — Diamond Comic Distributors has finalized negotiations with Bandai America Incorporated to become a Master Distributor for the leading toy manufacturer. The deal makes Diamond the preferred distributor on behalf of Bandai America to select retailers throughout the United States.

Bandai America is home to some of the most powerful entertainment toy brands, including Power Rangers, Big Hero 6™, GODZILLA™, and SprüKits®, as well as extremely successful Japanese hobby and collector lines. 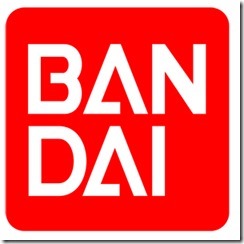 ABOUT BANDAI AMERICA INCORPORATED– A leader in developing engaging, quality toys that capture children’s imaginative spirit and provide endless “Fun For The Future,” Bandai America Incorporated is the manufacturer and master toy licensee of some of the most popular brands in children’s toys and interactive entertainment today. The Bandai America brand family includes Power Rangers®, GODZILLA®, Big Hero 6™, and SprüKits®, among other boys, girls, preschool and hobby product lines. Bandai America Incorporated is a subsidiary of BANDAI NAMCO Holdings USA Inc., an entity that resulted from the integration of Namco Ltd. and Bandai Co. Ltd. of Japan. Global interests encompass three strategic business units: Toys and Hobby, Amusement Facility and Contents. The company is headquartered in Cypress, California. Find out more about our expertise in connecting with kids in fun and fresh ways at www.Bandai.com.