(BALTIMORE, MD) – (August 4, 2015) – The PREVIEWS exclusive line of DC Bombshells merchandise featuring the eye-catching, 1940’s inspired artwork of Ant Lucia continues to expand with six new wallets from Dinomighty Design, Inc.  The wallets are available for preorder from the August PREVIEWS catalog and are scheduled for release in comic book specialty shops in mid-January.

These Dynomighty Mighty Wallets are made of Tyvek, a series of interlocking plastic fibers in the origami construction designed by Terrence Kelleman.  They are slim but expandable to suit your storage needs and are surprisingly, strong, resisting water and tears. 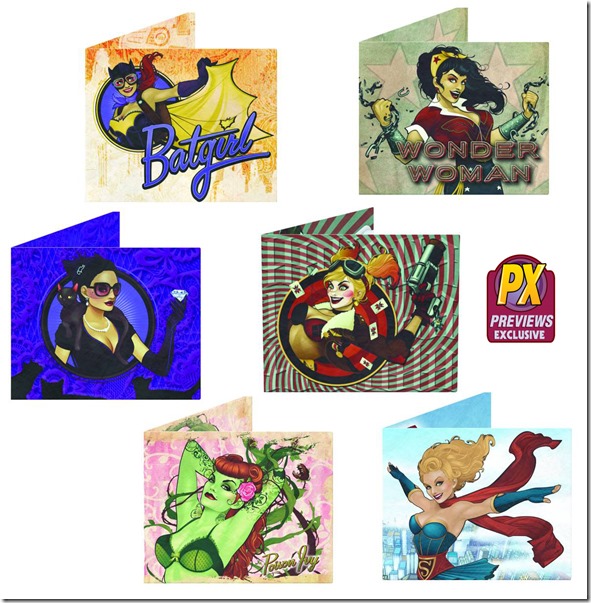 ABOUT DIAMOND COMIC DISTRIBUTORS (DCD)—Diamond is at the nexus of comics and pop culture.  Based in Baltimore, MD, DCD is the world's largest distributor of English-language comic books, graphic novels, and related pop-culture merchandise, serving thousands of retailers worldwide. For more information, visit Diamond at www.diamondcomics.com.