Catch up on Dynamite pulps with next Storybundle promotion

August 7th 2015 - New York, NY - Dynamite Entertainment is once again teaming up with StoryBundle, the unique literature bundling site known for its support of indie authors, to host an all-new comic book and graphic novel promotion that will allow readers to purchase over 1,500 pages worth of Pulp-inspired stories from Dynamite Entertainment with "Pay What You Want" purchasing power beginning at $5.00 during its Mystery! Masks! Dynamite Pulps! Promotion.  A portion of the proceeds will be contributed to two very important charitable organizations, the Comic Book Legal Defense Fund and Girls Write Now. The bundle is available on the website StoryBundle.com/comics. 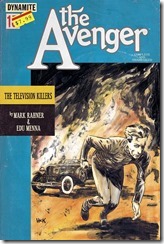 StoryBundle will offer a fixed set of Dynamite comics featuring iconic characters like from The Shadow to The Spider, Doc Savage, Masquarade, Miss Fury and more, in a bundle, but available only for a limited time. Fans and newcomers are empowered to decide how much they want to pay for each bundle. Additional books will be unlocked when the purchaser achieves the bonus threshold. StoryBundle has already sold hundreds of thousands of books through its popular horror, fantasy, video game and sci-fi book bundles, and welcomes its huge audience to expand their reading experience to include these newly-offered Dynamite digital stories.

The first tier of the all-new Dynamite StoryBundle, unlocked with a minimum purchase, includes the following graphic novels, and comprises over 720 pages of great comic storytelling: 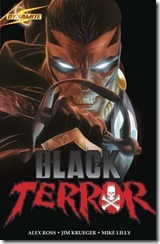 • The Avenger Special 2014: The Television Killers

• The Spider Vol 1: Terror Of The Zombie Queen

The second tier of the Dynamite StoryBundle, unlocked upon reaching a $15.00 threshold, includes the following omnibus editions, increasing the total page count to over 1,500: 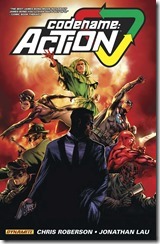 • The Shadow Vol 1: The Fires Of Creation

"The Mystery! Masks! Dynamite Pulps! StoryBundle is a great way for fans to check out some of our top titles," says Nick Barrucci, CEO and Publisher of Dynamite Entertainment. "Whether they grew-up with characters like The Shadow, Miss Fury, or any of our wonderful Pulp characters, or they have 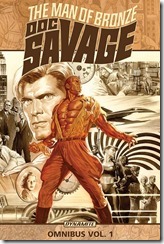 only just begun their journey into the seedy underbelly of crime noir comics this is a great way to check out some fantastic stories. The vast number of titles we're offering in our latest Storybundle is perfect for fans from all walks of life."

StoryBundle founder Jason Chen says, "Part of the proceeds from the Mystery! Masks! Dynamite Pulps! StoryBundle promotion will contribute to two charitable organizations, the Comic Book Legal Defense Fund and Girls Write Now. The Comic Book Legal Defense Fund is a non-profit organization dedicated to the protection of the First Amendment rights of the comics art form and its community of retailers, creators, publishers, librarians, and readers. Girls Write Now is the first organization in the country with a writing and mentoring model exclusively for girls, dedicated to providing the guidance, support, and opportunities for underserved high school girls to develop their creative, independent voices, and write their way to a better future." 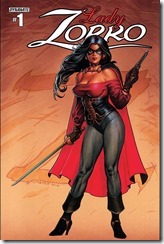 Dynamite was founded in 2004 and is home to several best-selling comic book titles and properties, including The Boys, The Shadow, Red Sonja,Warlord of Mars, Bionic Man, A Game of Thrones, and more.  Dynamite owns and controls an extensive library with over 3,000 characters (which includes the Harris Comics and Chaos Comics properties), such as Vampirella, Pantha, Evil Ernie, Smiley the Psychotic Button, Chastity, and Peter Cannon: Thunderbolt.  In addition to their critically-acclaimed titles and bestselling comics, Dynamite works with some of the most high profile 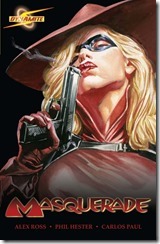 creators in comics and entertainment, including Kevin Smith, Alex Ross, Neil Gaiman, Andy Diggle, John Cassaday, Garth Ennis, Jae Lee, Marc Guggenheim, Mike Carey, Jim Krueger, Greg Pak, Brett Matthews, Matt Wagner, Gail Simone, Steve Niles, James Robinson, and a host of up-and-coming new talent.  Dynamite is consistently ranked in the upper tiers of comic book publishers and several of their titles - including Alex Ross and Jim Krueger's Project Superpowers - have debuted in the Top Ten lists produced by Diamond Comics Distributors.  In 2005, Diamond awarded the company a GEM award for Best New Publisher and another GEM in 2006 for Comics Publisher of the Year (under 5%) and again in 2011.  The company has also been nominated for and won several industry awards, including the prestigious Harvey and Eisner Awards. 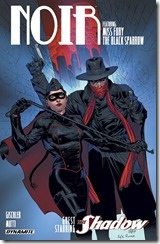 StoryBundle was created to give a platform for independent authors to showcase their work, and a source of quality titles for thirsty readers. StoryBundle works with authors to create bundles of ebooks that can be purchased by readers at their desired price. Before starting StoryBundle, Founder Jason Chen covered technology and software as an editor for Gizmodo.com and Lifehacker.com. For more information, visit the official website at storybundle.com, follow the Twitter account @storybundle, and follow StoryBundle on Facebook and Google Plus. For press inquiries, please email press@storybundle.com. 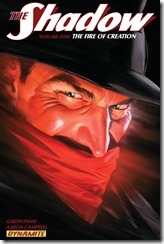 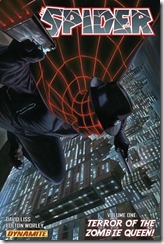 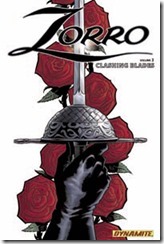