Shaping up to be the best “all-comics” convention of 2011

from the official press release

BALTIMORE, MARYLAND - August 14, 2011 - The Baltimore Comic-Con is happy to welcome Amanda Conner, Jimmy Palmiotti, and Billy Tucci to the still-growing line-up of talent for this year's show. The show will be taking place the weekend of August 20-21, 2011 at the Baltimore Convention Center. 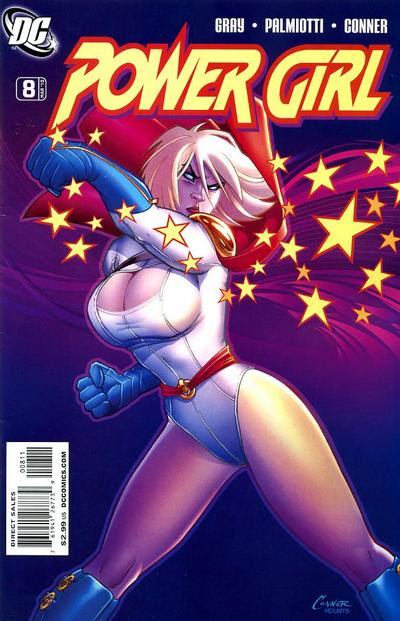 Jimmy Palmiotti, who will be continuing to write Jonah Hex in the "New 52" title All-Star Western, is one of the most prolific writers in comics today. In addition to his work at DC, including Jonah Hex and Freedom Fighters, Palmiotti's recent work includes a 48-page one-shot from Image Comics called Trailblazer, which hit stores last month. Currently, he is writing the Flashpoint tie-in miniseries, Deathstroke and the Curse of the Ravager.

Fan-favorite artist Amanda Conner returns to Baltimore and brings the charm to "Charm City." Conner's most recent work includes a 12-issue run on Power Girl, as well as covers for Zatanna and the Jimmy Olsen one-shot from DC Comics. She is also the co-founder of Paperfilms, Inc., a creative services studio, along with Jimmy Palmiotti and Justin Grey.

Founder of Crusade Fine Arts, Billy Tucci is most widely known for his creator-owned work on Shi. Both a writer and an artist, he has worked for nearly every major publisher including Marvel, DC, Dark Horse, and IDW. Most recently, Tucci finished a series of limited edition Shi prints for Breast Cancer Awareness benefitting the Judi Shesh Memorial Foundation, as well as the cover and interior art for DC's Birds of Prey #14-15.

"We're very excited to have Jimmy, Amanda, and Billy back in Baltimore for another year," said Marc Nathan, show promoter of the Baltimore Comic-Con. "Each of them has had a lasting impact on comics over the last few years and it's always a pleasure to have them at the show."

A complete list of confirmed guests for this year's Baltimore Comic-Con can be found here.

Please Note: Although the Stan Lee VIP Packages are officially sold out, individual autographs and photographs are still available and can be purchased by visiting http://baltimorecomiccon.com/tickets/.

Save the Date! Baltimore Comic-Con 2012!

That's right! Mark your calendars now for next year's Baltimore Comic-Con, which will take place the weekend of September 8-9, 2012 at the Baltimore Convention Center, and we'll see YOU in Baltimore!