taken from the official press release

BALTIMORE, MARYLAND - August 24, 2011 - The Baltimore Comic-Con would like to extend a gracious "Thank You!" to all of those who helped make the 12th annual show a success.   The success of the show would not have been possible without the contributions of all exhibitors, guests, staff and most importantly – the fans.

Much of the show's success was made possible by the attendance of the Guest of Honor, Stan Lee, who made his first appearance at the show this year. As a founding father of Marvel Comics, Lee's presence was a great draw to fans, retailers, and guests alike. In addition to his appearance at the show for autographs and photos, Lee was also the focus of a special panel moderated by Jimmy Palmiotti.

The guest charities who attended the show -- the Hero Initiative, Comic Book Legal Defense Fund (CBDLF), the Baltimore Human Society, and the 'Ringo Scholarship Fund -- collectively raised over $14,000 to support their worthy causes.

"The CBLDF raised $5,000 at Baltimore Comic-Con thanks to the generosity of Baltimore's incredible community of comics fans," said Charles Brownstein, Executive Director of the Comic Book Legal Defense Fund.  "We're grateful to Marc Nathan and his entire team for putting one of the most enthusiastic and well-attended comics centric shows in the US, and for helping the CBLDF raise these much needed funds!"

"Our 12th annual show was our biggest show to date," said Marc Nathan, show promoter of the Baltimore Comic-Con. "After years of requests from fans to bring Stan Lee to Baltimore, 2011 seemed like the right time, and the weekend's success proved it! We are elated with how well the fans received Stan and are already planning for what we can do to top this year's show in 2012."

Save the Date! Baltimore Comic-Con 2012!

Mark your calendars now for next year's Baltimore Comic-Con, which will take place the weekend of September 8-9, 2012 at the Baltimore Convention Center.

The 3rd annual Costume Contest took place this past Saturday, August 20, 2011and saw a myriad of incredible and creative costumes. With approximately 200 entries and costumes ranging from classic super-heroes to video game characters, this was by far the best and most successful contest thus far. 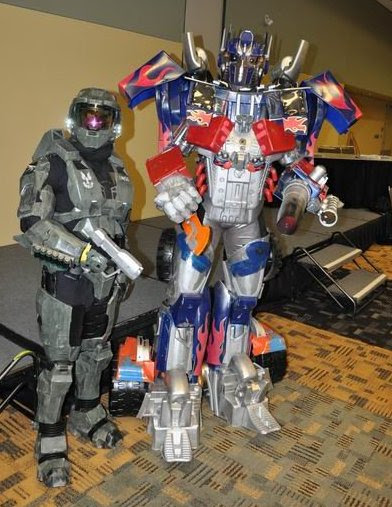 The grand prize winner for Best Over-all Costume, and the recipient of the $1,000 cash prize, was Robert Day for his Optimus Prime costume.

Winners for this year's contest include: 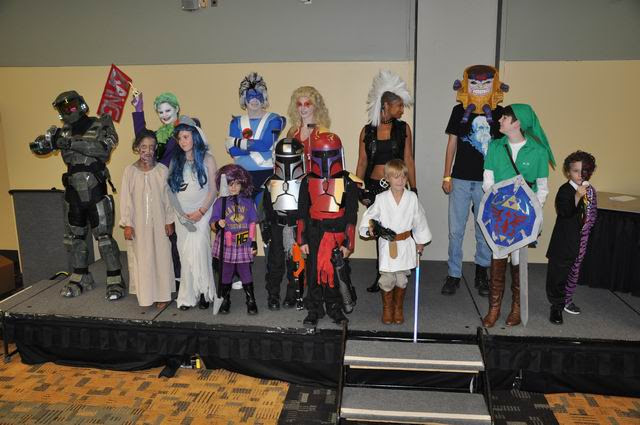