BALTIMORE, MARYLAND - August 4, 2011 - Be sure to swing by Harvey Award-nominated, Dean Haspiel's booth at Baltimore Comic-Con for a slew of Brooklyn cartoonist debuts. 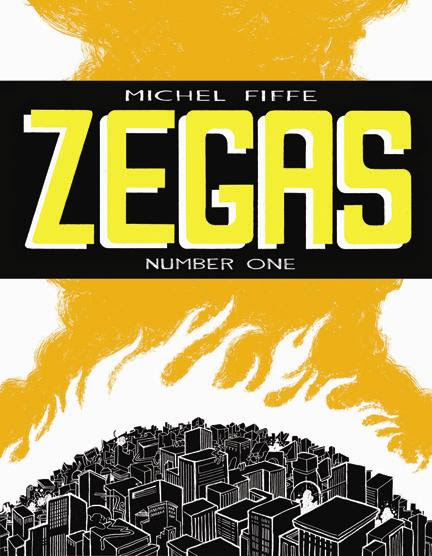 Zegas #1 marks the debut of the print-exclusive comic series by Michel Fiffe, the architect behind Twisted Savage Dragon Funnies. Follow the neorealist surrealism of Zegas #1 in its full color, kaleidoscopic glory. With 32 pages of all new material, this limited edition premiere features the cast that originally appeared in IDW's Act-i-vate Primer and MTV Geek. http://michelfiffe.com.
Actress/artist, Natalie Kim, will be launching SuperTwins!, a comedic web-series about fraternal superheroes in NYC who find their Superhero Medallion suddenly revoked and they have to recapture the magic that made them famous in the first place. http://www.supertwins.tv/.
New York Times best-selling children's illustrator/author, George O'Connor, will be signing his latest release: Book 3 of Olympians; Hera: The Goddessand Her Glory. http://www.olympiansrule.com/.
Fashion designer/cartoonist, Kat Roberts, will debut, YOU ARE ALWAYS ON MY MIND #1, a new collection of vignettes led by the personal recollection of a quasi-religious childhood encounter with Jim Morrison. http://www.act-i-vate.com/creators?id=48.
Actor/Author, Chris Miskiewicz, will be hawking his ACT-I-VATE webcomic, EVERYWHERE: http://www.act-i-vate.com/120-1.comic.