By pghhead - June 22, 2017
from the official Valiant Entertainment press release . . . .
Divinity Enters the Pantheon of Valiant’s Most Enduring Icons with a Fully Painted, Self-Contained Jumping-On Point 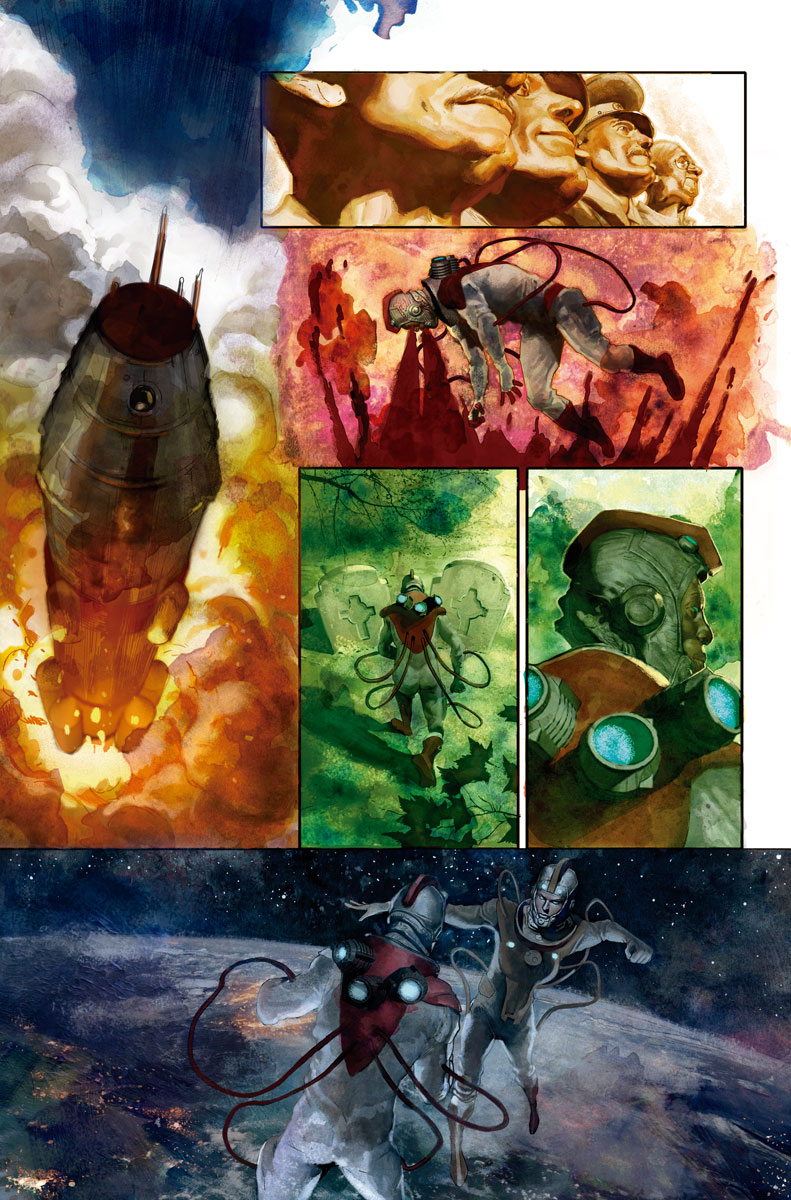 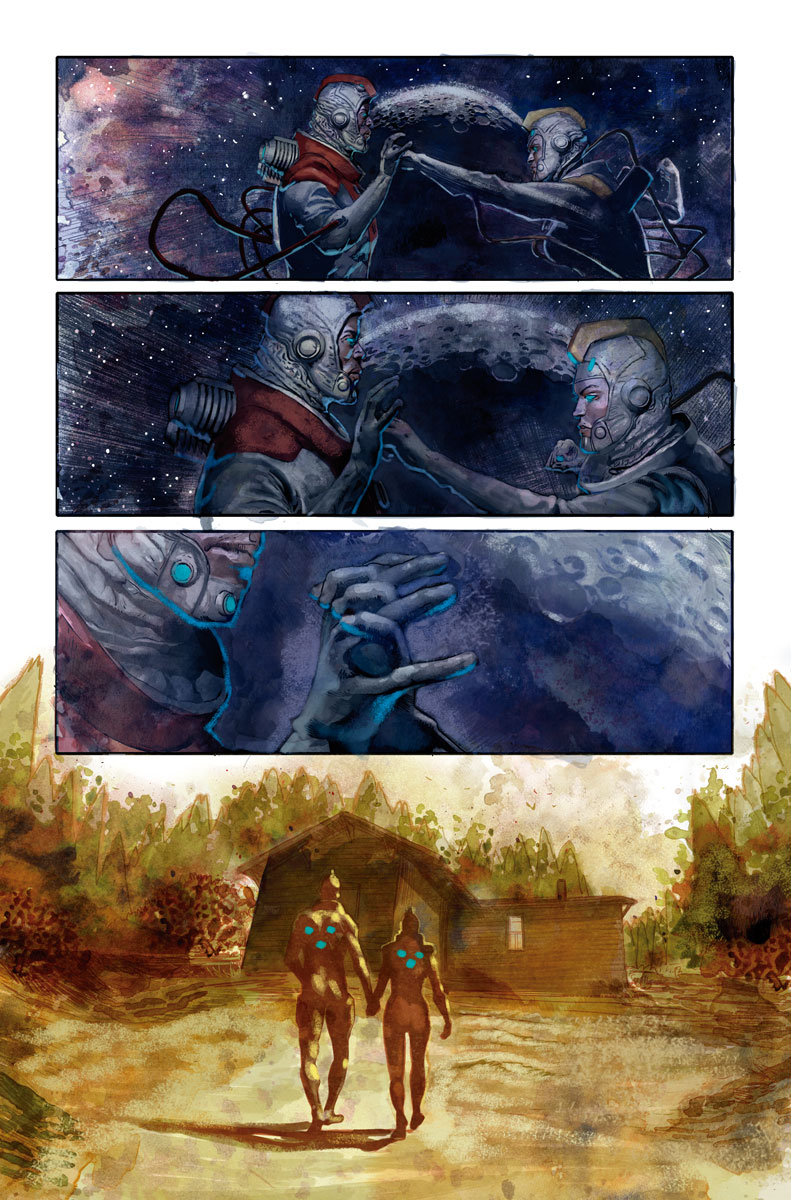 Valiant is proud to present the first look inside DIVINITY #0 – AN EPIC JUMPING-ON POINT and UNIVERSE-SPANNING INTRODUCTION to the heroes, villains, and cosmic forces behind the most renowned publisher in comics today! On August 16th, traverse the world of Valiant’s most enduring icons as Abram Adams, the once-mortal man now known as the god-like being called Divinity, begins a stunning and revelatory journey to the farthest corners of the Valiant Universe and back in search of its most formidable heroes – Bloodshot, Ninjak, The Red Brigade, X-O Manowar, and dozens more – in the pages of an all-new, standalone entry point from the mind of New York Times best-selling writer Matt Kindt (X-O MANOWAR, Dept. H) with fully painted artwork by visionary talent Renato Guedes (BLOODSHOT REBORN, Wolverine)!

Divinity, a lost Russian cosmonaut newly arrived to Earth with god-like powers, has successfully restored the world to order after the reality-altering event known as the Stalinverse. But how can a man – even one with near-divine abilities – know for certain that the planet has been truly restored in full? To make sure, Divinity must bear witness to the world as it now stands – heroes, villains, gods, and all – to ensure the rightful order of the Valiant Universe!

In the wake of the repeatedly sold-out and universally acclaimed success of DIVINITY, DIVINITY II, and DIVINITY III: STALINVERSE, a new era for the force that pushed the Valiant Universe to the leading edge of superhero-driven science fiction begins here! On August 16th, jump headfirst into the award-winning comic book line that Nerdist calls “the most cohesive and thrilling superhero universe around” as Matt Kindt and Renato Guedes present a panoramic introduction to the Valiant Universe as seen through the eyes of Abram Adams, only in DIVINITY #0 – featuring covers by incendiary artist Juan Jose Ryp (BRITANNIA), Eisner Award nominee Ibrahim Moustafa (Savage Things), pulse-pounding artist Clayton Henry (HARBINGER WARS), legendary cartoonist Peter Bagge (Hate), and comics superstar Kano (QUANTUM AND WOODY!)!

Plus: This October, Valiant unveils a universe of new worlds, new beings, and new myths in ETERNITY #1 – a VISIONARY NEW SERIES from New York Times best-selling writer Matt Kindt (NINJAK) and blockbuster artist Trevor Hairsine (DIVINITY III: STALINVERSE)! The next evolution of Valiant’s acclaimed DIVINITY saga starts here with an expedition into the Unknown. Beyond time… Beyond space… Beyond reality itself… ETERNITY awaits! 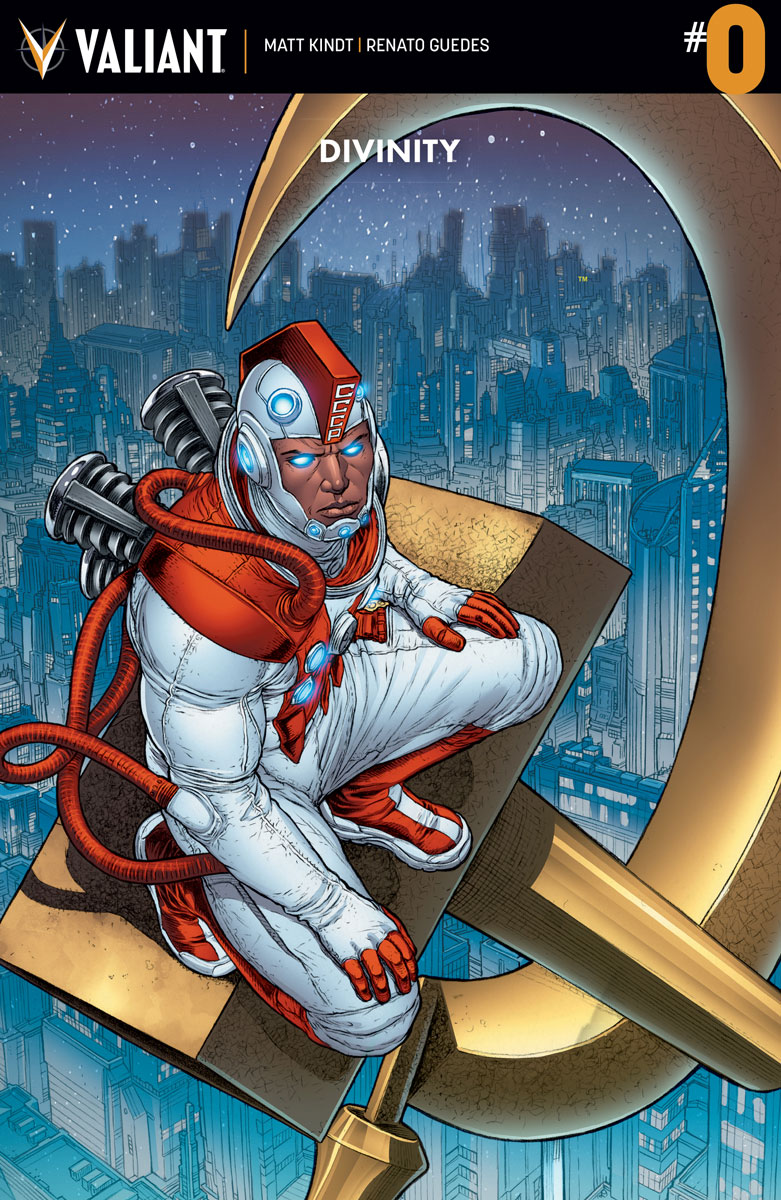 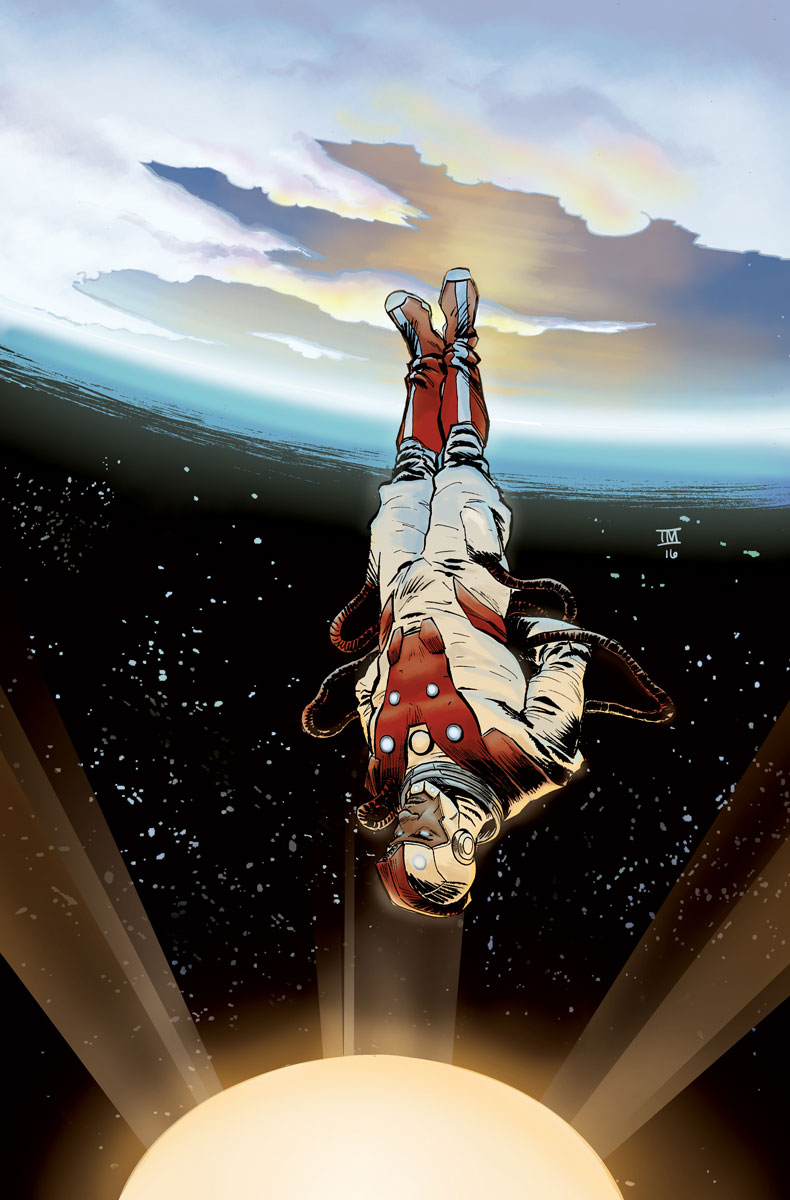 DIVINITY #0 – Cover B by Ibrahim Moustafa 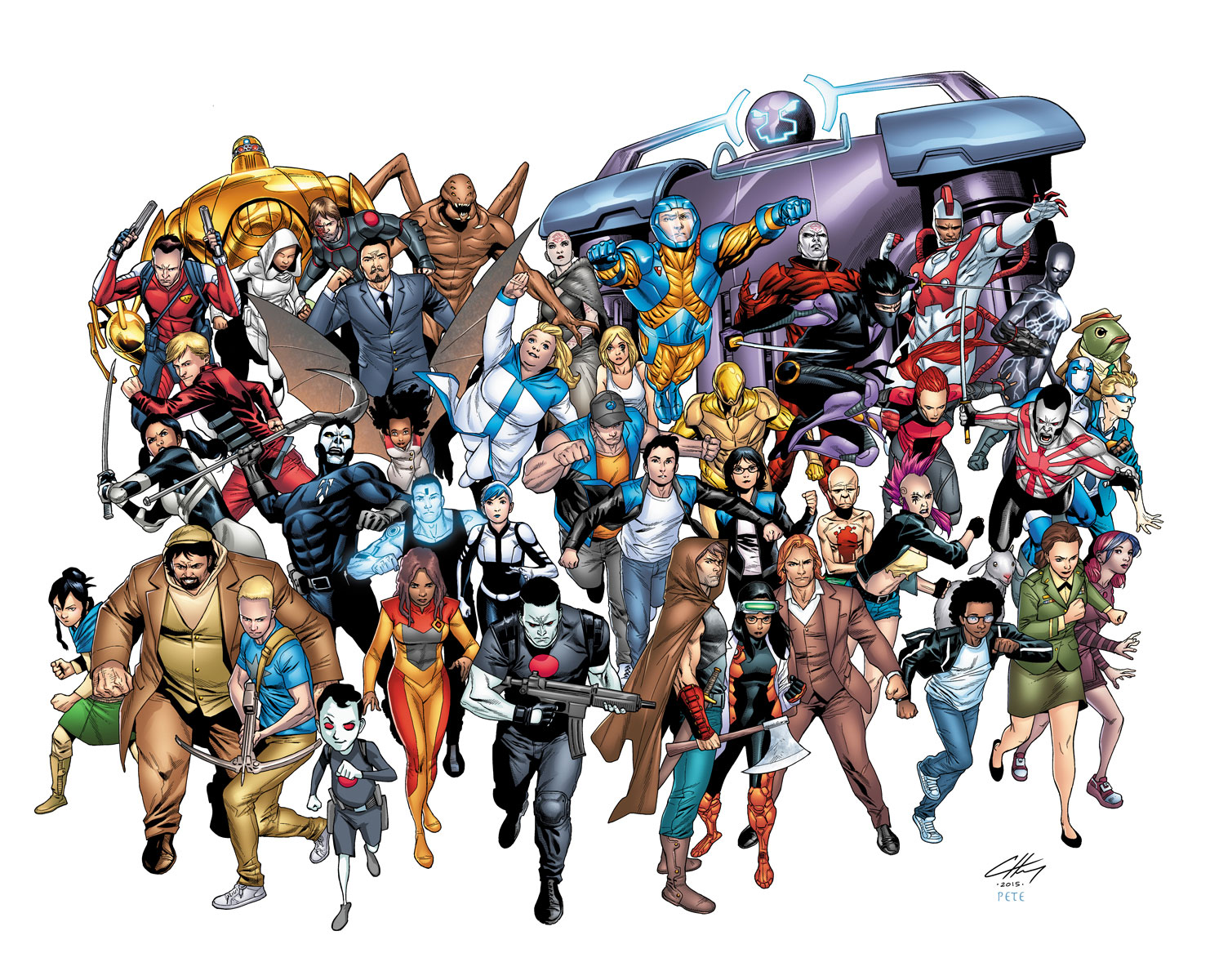 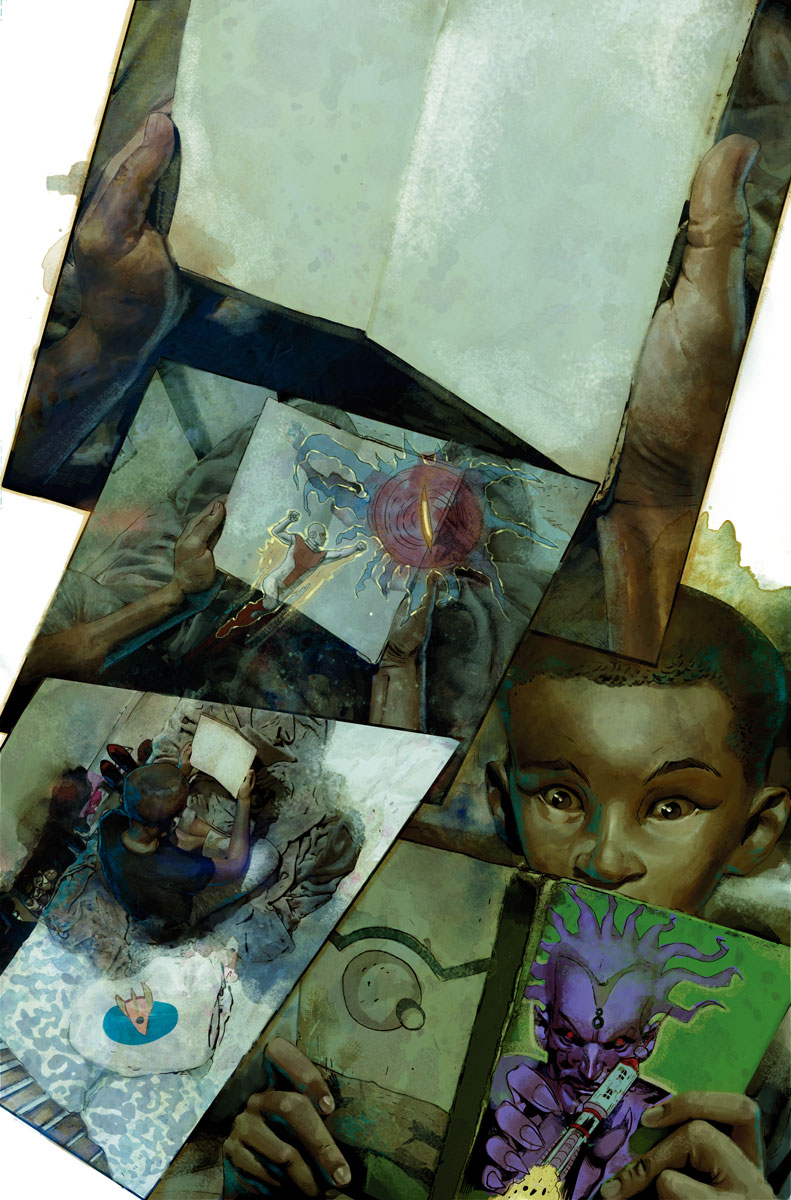 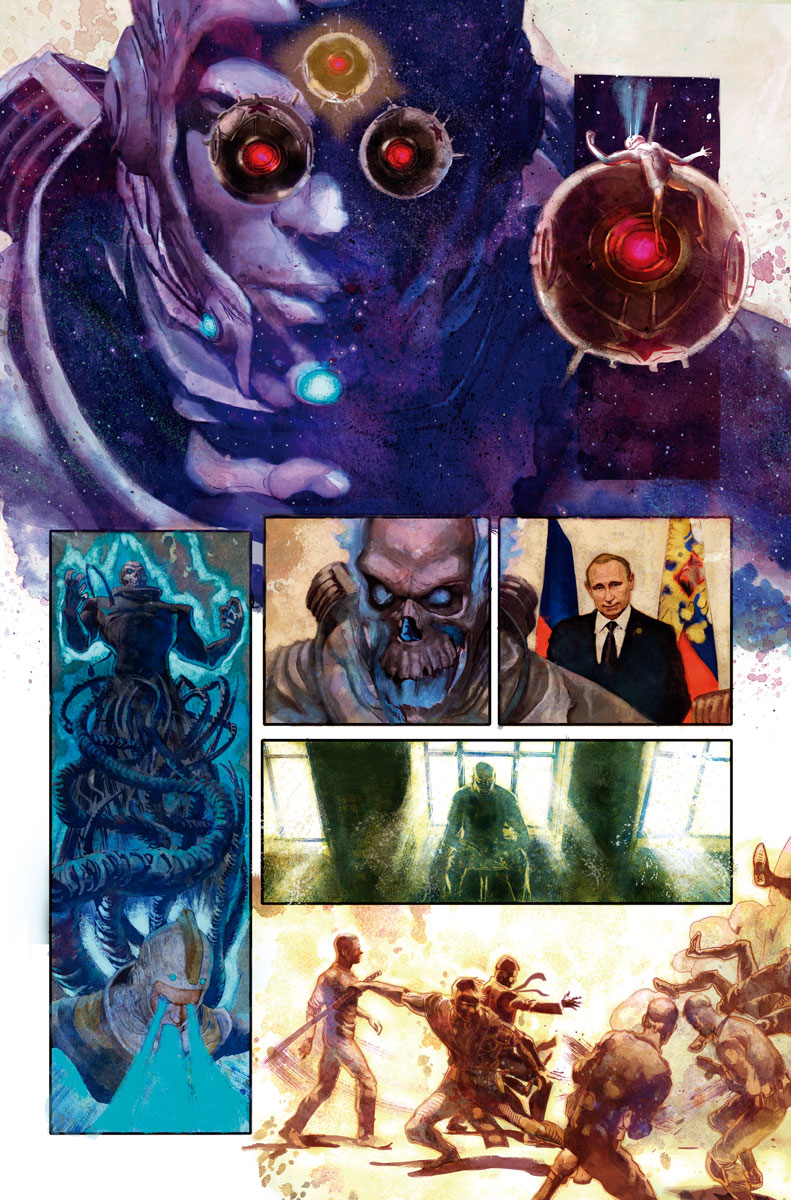 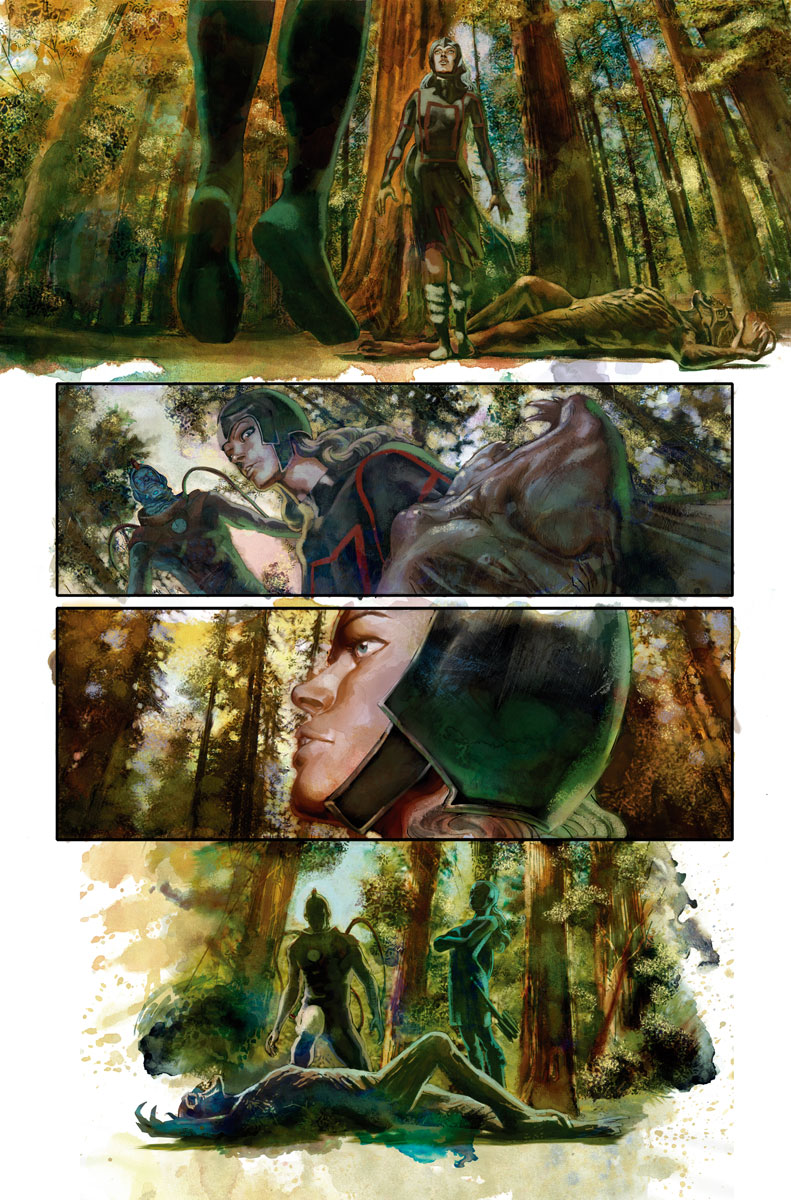