By pghhead - June 25, 2017
Things were hopping at the First State Comic Con today, held from 10 a.m. to 4 p.m. at the Mill Creek Fire Hall in Marshallton/Wilmington, Delaware. I arrived shortly after 11:30 a.m. and stayed for a little over two hours. The parking lot was nearly full, and during that time there was a steady flow of traffic into the Con. Saw a lot of familiar faces, including folks from Captain Blue Hen in Newark, DE and The Maroon Hornet in Oxford, PA . . . . . . 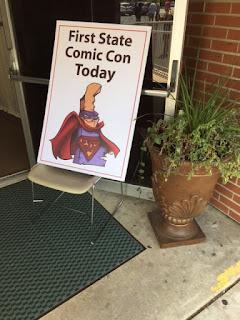 The first thing participants spotted upon arriving was a replica of the Batmobile (from the 1960's tv show)parked just outside the entrance. 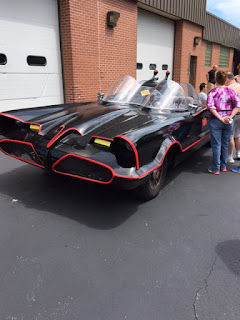 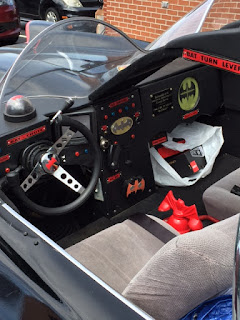 I also saw plenty of familiar vendors among the aisles, including Paul's Comics (Captain Blue Hen affiliate), Basement Comics, Frankenstein Comics, and The Comic Book Shop (Wilmington, DE). There were tons of comics and toys everywhere . . . . 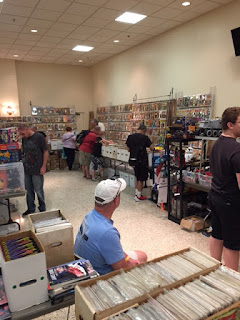 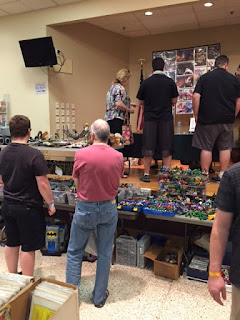 There were plenty of artists and creators on hand, including PLB Comics from Salisbury, MD, Aspire Comics, Ron Wilson and others - - including legendary artist Greg Larocque, show below with a sketch in progress . . . . 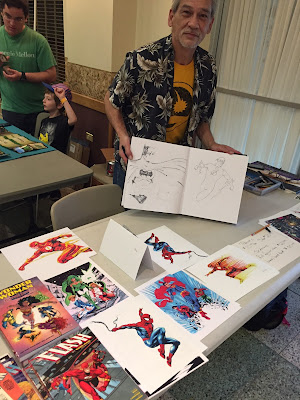