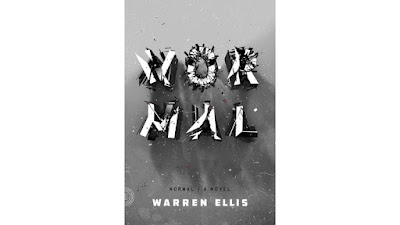 Normal is a short novel, but more complex than many longer works. While it took less than a day to read, Normal raises questions and concerns that will remain with the reader for far longer.

Warren Ellis manages to pack a slew of thought-provoking ideas within it’s tightly scripted pages. The situations within Normal will remind of other classic works of literature, such as 1984 and One Flew Over The Cuckoo’s Nest.

The Normal of the title refers to Normal Head, a retreat for burned-out brainstormers secluded from civilization within the wilderness of Oregon.  The residents have been placed there for recuperation, therapy, and preparation for re-entry into the working world, with no time limit or deadline.  Some tenants have been there for years, while others work hard to earn their departure as quickly as possible.  Technology within Normal is limited.  Internet access is prohibited, and permitted for only a select few.

Residents have been segregated into two groups, in line with their former occupations in the outside world.  All of them were formerly seers or forecasters, in jobs of great consequence as well as tremendous stress. Members of both groups are burned out, depressed and mentally traumatized.  As the story details - - “gaze into the abyss all day and the abyss will gaze into you.”

Adam Dearden, a foresight strategist suffering from mental illness and depression, comes to the retreat and immediately becomes involved in the locked room mystery involving the disappearance of a highly regarded resident.  During the course of his probing, Dearden befriends as many tenants as he angers, and manages to unite the two groups in revolt to expose a conspiracy within Normal.  To reveal anymore would be to lessen the impact of the novel for readers. Dearden’s findings provide a frightening image of how advances in surveillance, concealment technology, and the use of miniature drones may affect our future. Normal raises many questions about who’s in charge, what “they” want, and what direction “we” are headed in. 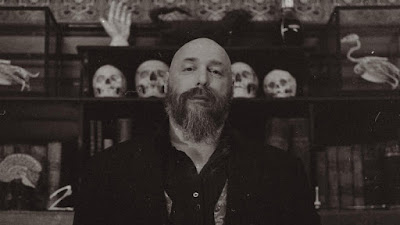 Warren Ellis is the author of Gun Machine and Crooked Little Vein, as well as some classic graphic novels and comics including Planetary, Transmetropolitan and Red.  He also writes about technological and cultural matters for Wired and VICE magazines, and Reuters News.

Before print publication, Normal was serialized in four parts as a weekly digital series.