IDW Publishing continues to pioneer over-sized collector’s editions of original artwork, prints and special items of interest.  Their latest offerings include a signed, limited-edition hardcover of NOS4A2, the recent novel by author Joe Hill with 26 new chapter illustrations by C. P. Wilson III, as well as a full-color dust jacket and an illustrated map of Christmasland, a debased cloth cover as well as the inclusion of the prequel comic, WRAITH, written by Hill and illustrated by Wilson.

Also available for order now is the latest entry in IDW’s Marvel Artist Select Series, an exclusive line of limited-edition books (999 copies only) featuring iconic issues from Marvel’s most legendary artists.  Presented in an oversized 9” x 13” format, each book features issues hand-picked by the artists, beginning with Sal Buscemi’s favorite work on THE INCREDIBLE HULK.  This volume is available in two versions, one signed and one featuring an original pen and ink illustration by Sal Buscema.

THE ONLY LIVING BOY ON TOUR and PAPERCUTZ NEWS

The popular web-comic THE ONLY LIVING BOY begins print editions in March from Papercutz Publishing. Erik Farrell is a 12-year-old who runs away from home only to wake up on a stran 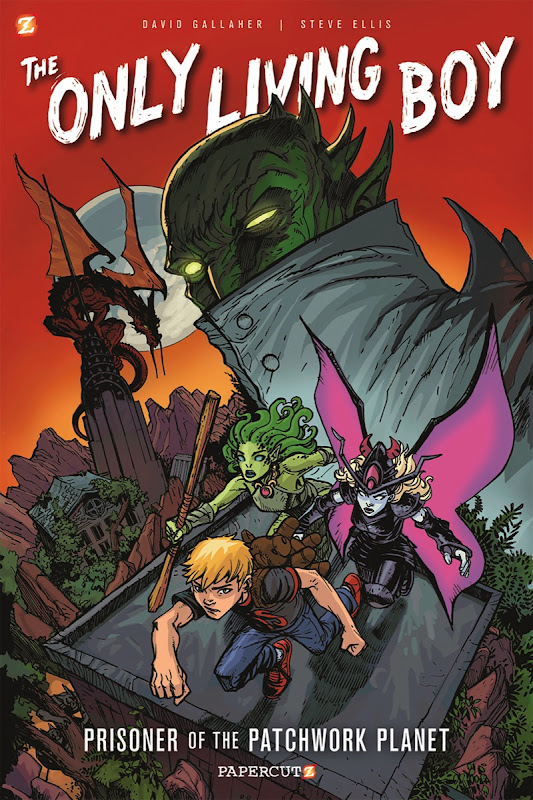 ge, patchwork planet  The escape, he must team up with an insect princess and a mermaid warrior.  The creators, Steve Ellis and David Gallaher, are touring to promote the series. In addition to signings, they will also offer workshops to teach kids how to create their own comic books.  Here is the schedule so far:  March 5 at Aw Yeah Comics in Harrison, NY; March 6 at Comic Book Jones in Staten Island NY; March 9 at Elk in Brooklyn, NY; March 18-20 at C2E2 convention in Chicago; April 2 at Brainstorm Comics in Frederick, MD; and April 3 at Victory Comics in Falls Church, VA.

Available next week in both a 56-page soft cover paperback and hardcover edition is SANJAY AND CRAIG VOL 2:  NEW KID ON THE BLOCK containing six new stories.  The boy and his best snake pal are chilling the only way they know how.   SANJAY AND CRAIG, now in its third television season, has an all ages appeal.  Kids love the fresh humor and adults can appreciate the similar style to Bob’s Burgers, a popular prime time animated series.   Guest stars have included Snoop Dogg, Anthony Bourdain, and the 90’s hosts of Nickelodeon Guts.

THE SMURFS continue to be popular.  From bookstores to mobile apps, everyone is Surfing up in timer their new feature film to be released next March.  The new mobile game, Smurfs Epic Run, was featured in a USA Today article.  Sony announced plans for an indoor theme park in Minnesota, set to open at the end of next year. Fellow Peyo creation BENNY BREAKIRON featured in last year’s SMURFS & FRIENDS VOL. 1 was recently honored with a mural in his native Belgium.  Benoit Brisefer, as the super boy is known in French, was created by Peyo in 1960.  Papercutz has published four volumes of his adventures and is now collecting Benny in the SMURFS & FRIENDS anthology series.   The international visibility for the Peyo properties continues at Papercutz with a growing line of graphic novels.  SMURFS VOL 20: DOCTOR SMURF will be in comic stores this March.

The prolific independent creator Ramon Gil has posted a new science-fiction themed web comic, THE HARD CODE, on his website.  You can preview it and then subscribe if you like it at

“The Hard Code was a dream come true for me as I got to work with one of my favorite artists - - Trevor Von Eden.  This is the story of two cops, one human, one android, and how they must prevent a coming war between man and machine while trying to figure out their true feelings for each other.”

FOR MATURE READERS ONLY.  Colors by Macarena Cortes. 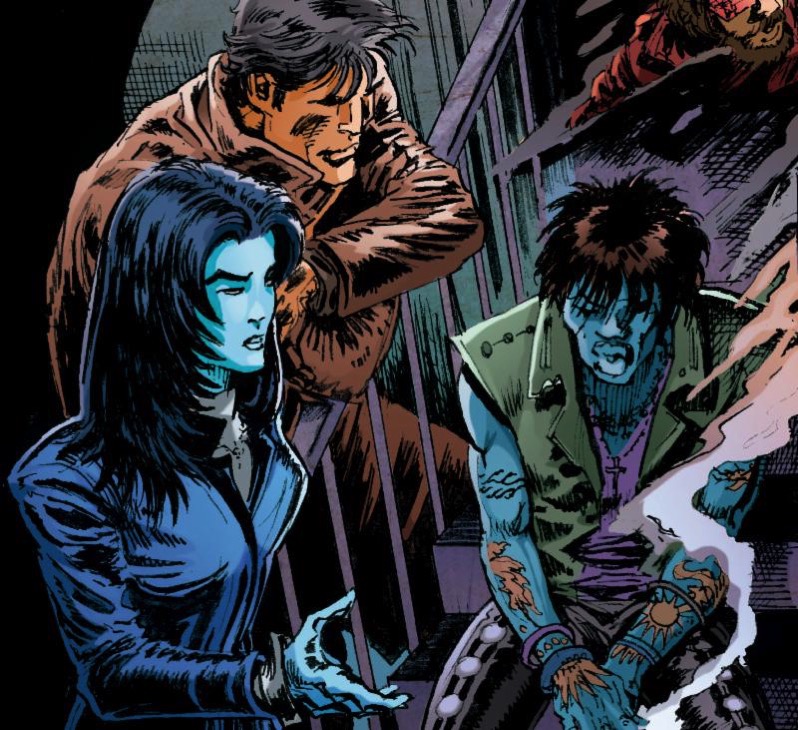 Starz cable network and Fremantle Media have cast the lead in their adaptation of Neil Gaiman’s epic fantasy novel American Gods.  Ricky Whittle, currently part of the cast on CW Network’s The 100, will play the story’s main protagonist, Shadow Moon.

In the novel Shadow Moon, an ex-con and bodyguard to the con artist Mr. Wednesday, finds himself in the middle of a war between old gods from mythology and new gods from modern technology.  The series has an impressive production team, with Brian Fuller (Hannibal) and Michael Green (Heroes) serving as writers and David Slade (Hannibal) directing the pilot and several episodes.