EDITOR’S NOTE:  The SCUTTLEBUTT column returns with our first installment for 2016.  This is meant to be a quick summary of recent events in the comics world (and other pop culture genres from time to time) pulled from various press releases, websites and blogs.  According to Wikipedia “Scuttlebutt” in slang usage means rumor or gossip, deriving from the nautical term for the cask used to serve water.  The term corresponds to the colloquial concept of a water cooler in an office setting, which at times becomes the focus of congregation and canal discussion.  Water for immediate consumption on a s sailing ship was conventionally store in a scuttled butt: a butt (cask) which had been scuttled by making a hole in it so the water could be withdrawn.  Since sailors exchanged gossip when they gathered at the scuttlebutt for a drink of water, scuttlebutt became Navy slang for gossip or rumors.  Thanks, Wikipedia for that detailed explanation!  We plan to focus on what we perceive as pure news versus gossip or rumors, but from time to time . . . . . . 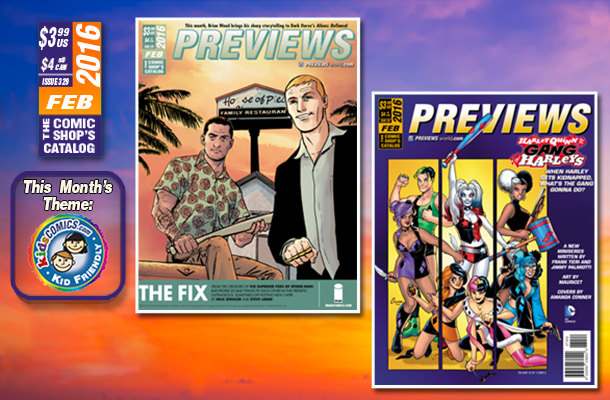 Don’t forget to pick up a copy of the new PREVIEWS catalog from your comic store this Wednesday, January 27.  Each month, PREVIEWS showcases what products are being released in April 2016.  It’s a great way to make sure you don’t miss anything. Comic shops rely on their regular customers to pre-order books.  This helps the comic shop make sure they don’t run out of items that their customers want, and helps them avoid over-ordering books.  Support your local comic shop and use this valuable resource on a monthly basis.

In addition to upcoming April comics and graphic novels, each issue features new magazines, toys and merchandise (cards, gaming, clothing, videos and more) that can also be ordered directly through your local comics store.  It’s an indispensable tool that we at BC Refugees use on a regular basis.  It’s the foundation for our Pre-Order Picks columns that began this month, where we focus on a new title that can be pre-ordered through the current PREVIEWS catalog.  It will be dedicated to titles that probably won’t find their way to many comic shop shelves, but will really depend on pre-orders from interested readers.

Here are the books we recommend you check out this week:  HELLBOY WINTER SPECIAL from Dark Horse Comics;  FAITH #1 of 4 from Valiant Entertainment;  INVADER ZIM TP VOL 1 from Oni Press;  BATMAN AND ROBIN ETERNAL #17 from DC Comics;  and STRAYER #1 from AfterShock Comics. 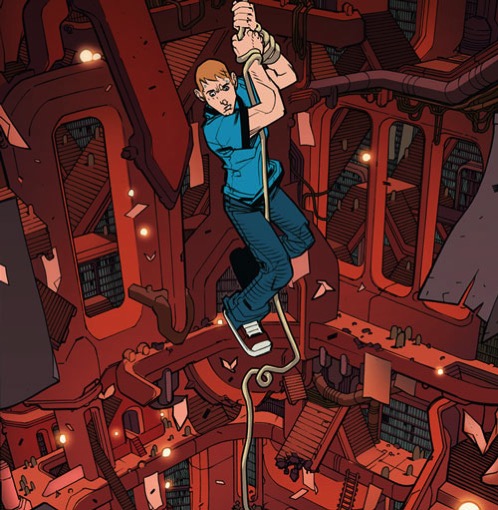 Fred Van Lente and were sorry to see it go.  The new series looks to retain the humor that made it so special.  New creative team will be writer Rafer Roberts (Plastic Farm) and artist David Lafuente (Ultimate Spider-Man).  In the first issue, Archer has to plumb the depths of Armstrong’s bottomless satchel to free his partner from an ages-old enemy . . but only if he can fight his way through a mind-bending maze of history’s greatest lost treasures first.  Armstrong is an immortal adventurer who has spent the last 7,000 years drinking and carousing through history.  Archer is a teenage martial arts master and expert marksman who was raised to kill the devil (in the personage of Armstrong).  Now they are great friends and partners.  Bacchus is the demon imprisioned in Armstrong’s satchel for centuries, and now commands a legion of monsters bent on escaping into the world of man.  Armstrong actually went  into the satchel in search of a long-lost bottle of whiskey and became imprisoned.
NINJAK DEBUTS NEW STORY ARC IN APRIL
Following the Shadowman story arc, Ninjak begins a new story and jumping-on point in April with NINJAK #14.  Rook, a ruthless assassin with a mysterious connection to Colin King's (Ninjak)own classified training re-emergesto engineer a mind-shattering gauntlet of revenge “The Siege of King’s Castle.”  Writer Matt Kindt and artist Diego Bernard open a new chapter by destroying the life Colin King one knew one brick at a time. Stripped of the wealth, technology and resources that enabled his career as an international intelligence operative, Ninjak will be forced to reply on his firsts and cunning alone . . . even as Roku’s mission of revenge and retribution unearths stunning new revelations about his origin and true purpose.
ANOTHER SUGGESTION FOR PRE-ORDER FROM THE CURRENT PREVIEWS CATLOG:  DELETE
This M 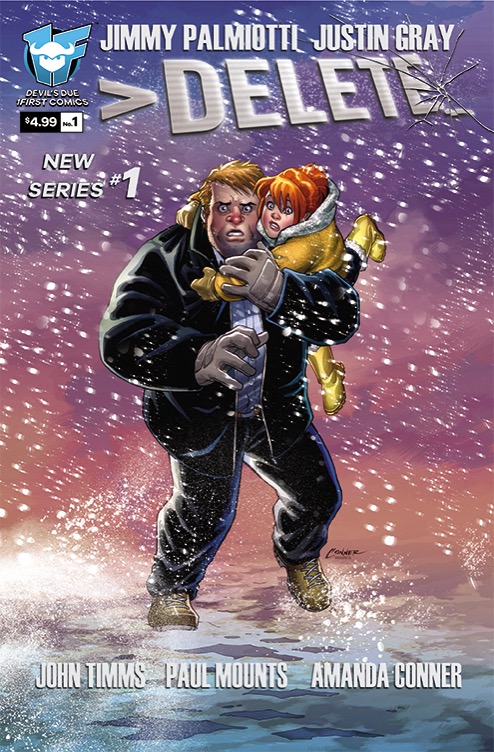 arch, Devil’s Due/1 First is bringing a new series to local comic shops in DELETE by writers Jimmy Palmiotti and Justin Gray with art by John Timms.  DELETE takes place in the near future where science can implant or remove human memories, and the government uses this technology to their advantage.
The series follows an unusual pair — Kalina, a mute girl and Spencer, a handyman — after Kalina witnesses a multiple murder  The two are on the run from the police and an army of killers.  Who conducted the murders?  Why?  What will happen to Kalina and Spencer once they are captured?
DELETE #1 is scheduled to release on March 2, 2016 featuring cover art by Amanda Conner.