Bluewater Productions has a new comic book biography on the life of John Lennon as part of their popular Tribute series. Tribute: John Lennon, released this week is available in both print and digital. 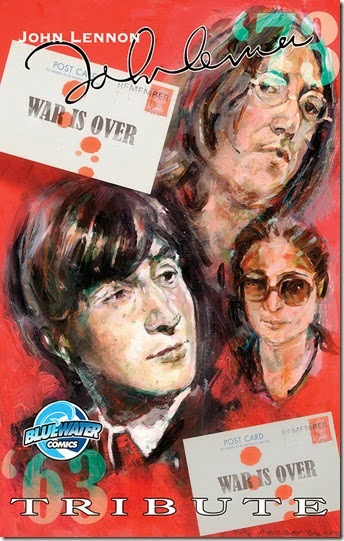 In the pantheon of musical legends, John Lennon is at the top of the mountain, if not the king of the mountain.  From his time with the Beatles and his solo projects, he asked the world to ignore borders and divisions, and instead he encouraged the average person to embrace what brings people together. And when his life ended viciously from an assassin’s bullet in 1980, the music industry, and the world, lost an advocate for peace, love and true musicality.

Comic book writer Marc Shapiro said he painstakingly worked to capture the essence of Lennon’s story.  “I approached writing Tribute: John Lennon as an exploration of a life full of poten 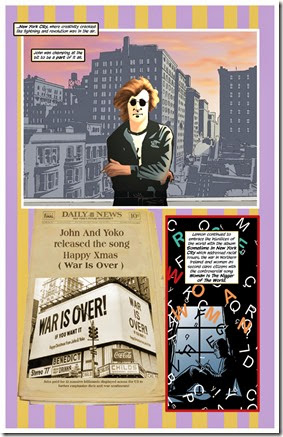 tial and promise that was, sadly, cut short,” said Shapiro.  “We all know the importance of John Lennon as part of The Beatles.  But I felt it was more important to concentrate on his post Beatles' life and career, both good and bad, so that readers would get the clearest possible idea about who he was as a creative entity, husband and father.”

The 32-page comic book features the art by Luciano Kars and cover by the artist Graham Hill and will sell for $3.99.

Bluewater has focused on other music icons in the past such as Paul McCartney, Prince, John Lennon, David Bowie, Alice Cooper, Keith Richards and more.

Also available from Bluewater is the 279-page The Beatles Experience graphic novel featuring the history of the Beatles. 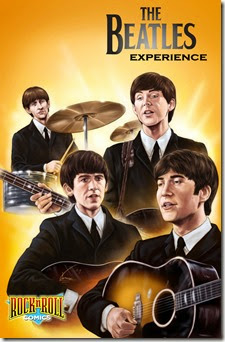 Bluewater Productions biography comic book series has been featured on CNN, The Today Show and in Billboard, Rolling Stone, People Magazine as well as many other publication and media outlets.

The print version of the book is available only at Comic Flea Market at www.comicfleamarket.com