A little news from the New York Comic Con

EDITOR’S NOTE: Feeling a little lost after missing the New York Comic Con. We tried hard to find a correspondent among our contacts but did not make a connection.  At least the kind folks at Valiant were nice enough to give me a little feedback, as well as tease. See below . . . . . . . . . . . . 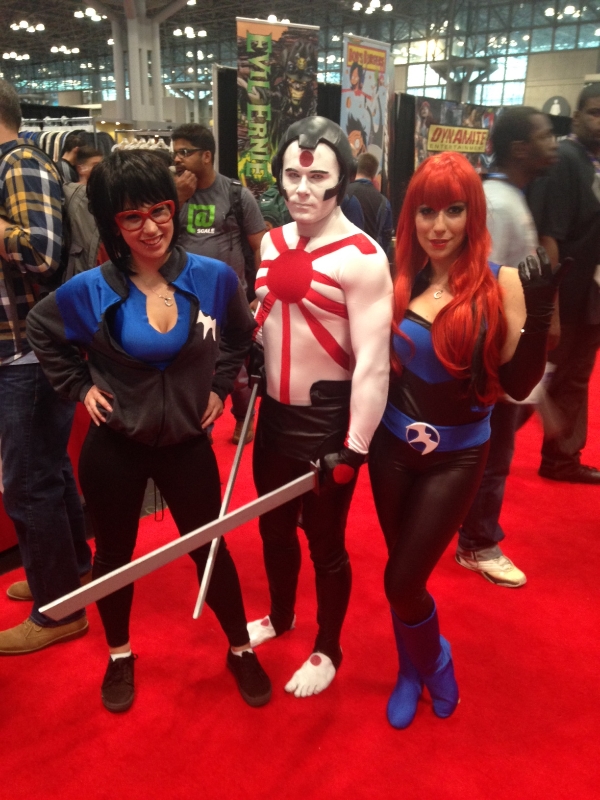 We just wrapped an awesome week of signings, panels, and announcements – including word on the all-new VALIANT NEXT wave of series, the first lettered look inside THE VALIANT #1, and QUANTUM AND WOODY MUST DIE! by James Asmus and Steve Lieber – at our hometown show.  to all of you who came out – it was Valiant's best NYCC yet!

But we're not slowing down yet.  Next week, look for two major releases from Valiant, beginning with UNITY #0.  Valiant mainstays Matt Kindt and Cary Nord have teamed for the first time to tell the secret history of the Eternal Warrior's original Unity squad – and it's an awesome World War I adventure that will have big ramifications for our modern day team in just a few weeks time.

Then – drumroll please – creators Christopher Priest and MD Bright make their much anticipated return to the world's worst superhero team in Q2: THE RETURN OF QUANTUM AND WOODY #1 (of 5)!  Set in its own continuity – 20 years in real time after the events of Priest & Bright's legendary Acclaim Comics series – Q2 is truly a return to form for two comics icons, and one of the most eagerly awaited returns in Valiant history.  This project has been years in the making...and we're proud to say that is been worth the wait!

(Fans of James Asmus' run on Q&W, don't fret – the modern incarnations of Quantum and Woody that you've come to know and love...to hate...are still appearing in THE DELINQUENTS and will return this December in VALIANT-SIZED QUANTUM AND WOODY #1!)