EDITOR’S NOTE: They certainly made it convenient for late-comers to check out these books.  I can’t think of a better way to spend your seven bucks in a comics store than to grab these up . . . . .

In comic shops everywhere next week, get seven of Valiant's greatest most beloved #1 issues for just one dollar apiece with an all-new wave of ONE DOLLAR DEBUTS!
You've seen the reviews.  You've heard the buzz.  Now discover the best-selling, critically acclaimed first issue smashes that made Valiant one of the most adored publishers in superhero comics today. 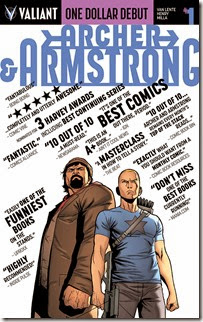 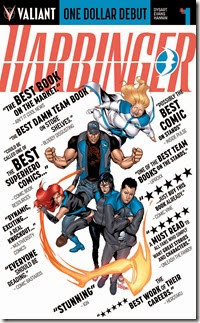 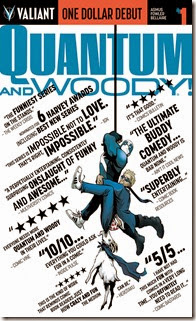 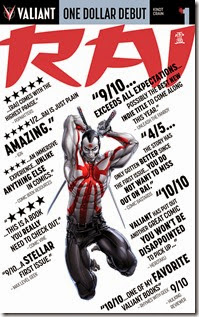 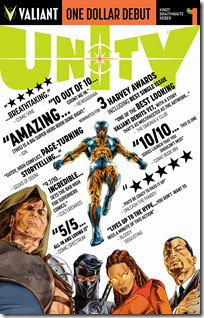 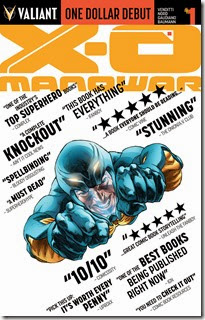 Now featuring brand new quote covers, Valiant's ONE DOLLAR DEBUTS are your best chance yet to discover Valiant's award-winning ongoing series – ARCHER & ARMSTRONG, HARBINGER, QUANTUM AND WOODY, RAI, UNITY, and X-O MANOWAR – before Jeff Lemire, Matt Kindt, and Paolo Rivera draft all of Valiant's greatest heroes into a battle ten millennia in the making for THE VALIANT #1 (of 4) in December! 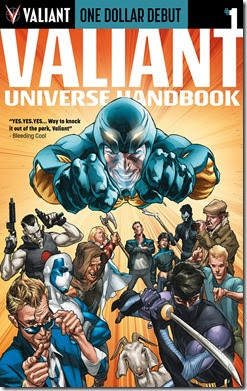 Plus: get the essential backstory on each of Valiant's most formidable heroes and villains with the VALIANT UNIVERSE 2014 HANDBOOK, featuring highly detailed entries on everything you need to know about the Valiant Universe in 2014 and beyond – from Archer to Generation Zero!  Also including a selection of artwork from a murderer's row of Valiant greats – including Doug Braithwaite, Clayton Crain, Clayton Henry, Bryan Hitch, Esad Ribic, and many more – this is the perfect all-in-one introduction to the heaviest hitters that Valiant has to offer!