By pghhead - August 09, 2017
The Road to HARBINGER WARS 2 Ramps Up with New Printings for Sold-Out SECRET WEAPONS #1 and HARBINGER RENEGADE #5 – In Stores August 30th 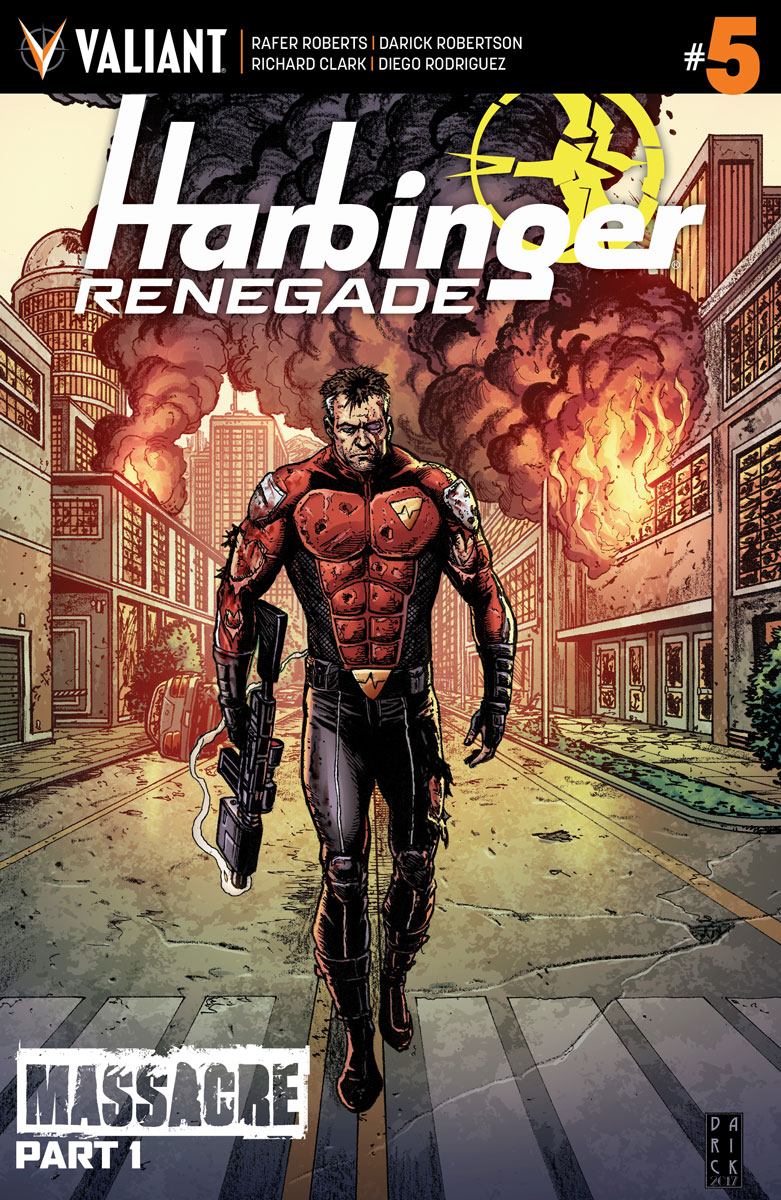 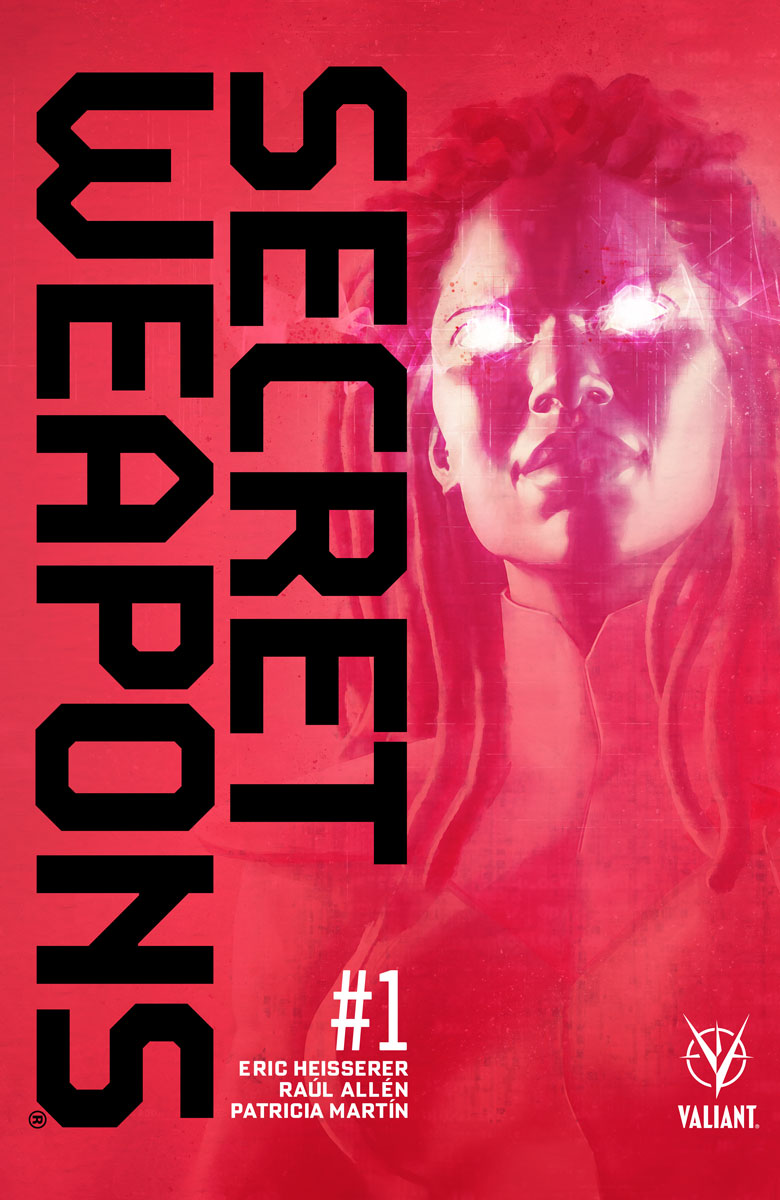 Valiant is proud to announce that HARBINGER RENEGADE #5 and SECRET WEAPONS #1 (of 4) – two of the much-talked-about new releases setting the stage for 2018’s seismic crossover event, HARBINGER WARS 2 – have once again sold out at the distributor level and will return to store shelves everywhere with new printings on August 30th.

First: Witness the fall of a major Valiant hero in the HARBINGER RENEGADE #5 SECOND PRINTING.
“MASSACRE” claims the life of a beloved Valiant icon as Harvey Award-nominated writer Rafer Roberts (Plastic Farm) and superstar artist Darick Robertson (Transmetropolitan) send the H.A.R.D. Corps. into a full-scale assault on a major American metropolis...and when the smoke clears, the first shocking sacrifice will be made in the Harbinger War that is to come.

Don’t miss the concussive force of this Valiant milestone-in-the-making…and see why HARBINGER RENEGADE #5 is a shocking tour-de-force that has stunned critics everywhere.

“✮✮✮✮✮… “Massacre” makes good on its name… HARBINGER RENEGADE #5 is a powerful, complex story and a powder keg of emotions.” – All Comic

Then: The best-selling limited series debut from an independent publisher returns yet again for the SECRET WEAPONS #1 THIRD PRINTING.  Academy Award-nominated writer Eric Heisserer (Arrival) and Harvey Award-nominated artist Raul Allen (WRATH OF THE ETERNAL WARRIOR) bring the technopathic hero Livewire to the forefront of the Valiant Universe as she trains an outcast group of Harbinger Foundation escapees...and enters a high-stakes corner of the Valiant Universe that will soon lead her to HARBINGER WARS 2.

As the year’s critically acclaimed, Valiant Prestige-format adventure sells out yet again, find out why readers everywhere are hailing SECRET WEAPONS #1 as a true revelation for comic storytelling:

“✮✮✮✮✮… A jaw droppingly good series… SECRET WEAPONS is riveting visually as it draws you into its compelling characters.” – AiPT!

“✮✮✮✮✮… Fantastic… This book has all of the flair, all of the action you might ever ask for…” –Outright Geekery

“✮✮✮✮✮… [SECRET WEAPONS] succeeds on every major level…dominating from the start with a creative team that you never knew was a dream collaboration.” – Comic Bastards

“✮✮✮✮✮… A fantastic series that’s just getting started… Very different from what we’re used to seeing in super-hero comics.” – ComicSpectrum

“✮✮✮✮½… Thrilling [and] often hilarious… A charming, heartfelt debut that also just happens to be a blast to read.” – Newsarama