EDITOR’S NOTE: If you’re going to Baltimore Comic Con, please spend some time to check out and meet the many indie comics publishers who will be there. They need your support, and a Comic Con is a great way to get introduced, beginning with PLB Comics. 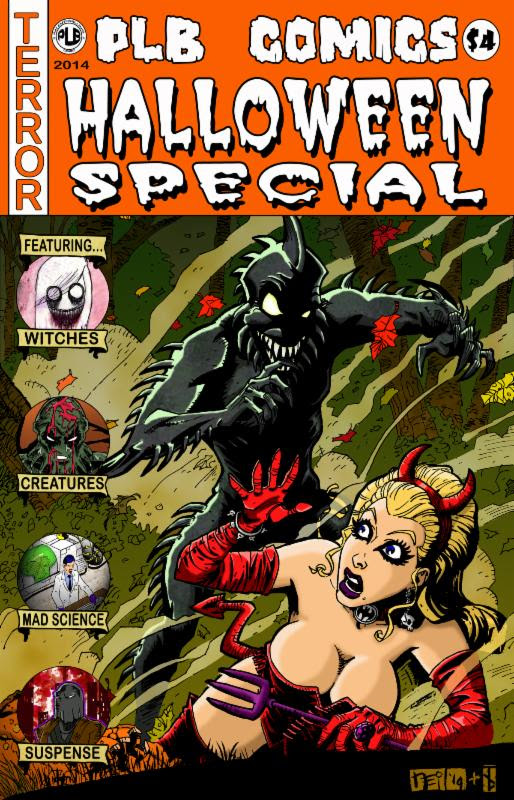 PLB is the Eastern Shore of Maryland's most prolific indie comics publisher, with 14 books in print and thousands of copies sold.  Their main titles, The Fall (a gritty vigilante title) and Gideon & Sebastian (a buddy cop, vampire slayer, action comedy with no sparkling) have been featured at BCC for over eight years.  PLB Comics is an independent group of artists and writers based on the Eastern Shore of Maryland with contributing artists and writers all over the world.  PLB Comics offers original concepts and fresh perspectives on the world of Sequential Art, while maintaining an appreciation of mainstream classics.

"Baltimore is a fantastic show.  It is by far our favorite big show.  BCC's continued support of indie publishers and focus on the medium makes it an extremely welcoming place for creators and attendees alike," said James Dufendach, Editor/Letterer at PLB Comics.

Be sure to stop by tables A218 - A219 to check out PLB's full line of titles and prints, and to pick up their 2014 Halloween Special. And as always, free high 5's are available for the asking!
Find out more about PLB:  www.plbcomics.com  or  facebook.com/plb.comics