EDITOR’S NOTE: I agree with Matthew Phillion:  we definitely live in interesting times.  One of the things I most appreciate is the ease of networking compared to a decade ago.  This guest column is the result of that, and here’s how it occurred thanks to networking:  When I receive a press release that I believe would be of interest to BC Refugees readers, I follow up with a thank-you email to the publisher or marketing source.  I emailed PFP Publishing to thank them for the information about The Indestructibles and they in turn forwarded my email to Matthew Phillion, the author.  My preface to the blog article intrigued Matthew, and he wrote to me to ask if I was going to expand my thoughts and write about a connection between Young Adult (YA) novels and comics.  I wasn’t prepared to do that, but thought the idea was a good one.  So, I invited Matthew to write about it.  . . . And, here we are . . . . . .

As superhero or comic book fans, we live in interesting times.

The names and faces we’ve loved in sequential art for decades have become mainstream.  They’ve certainly taken over the box office (that terrifying list of superhero movies scheduled for the next three years borders on overkill) and you don’t hit that level of movie magic without reaching outside your core audience.

It feels only natural that the superhero novel should see a new popularity as well, and it has—Peter Clines, for example, with his wonderful zombies-fight-superheroes series beginning with Ex-Heroes is a household name, at least among fans of the genre, and he’s not alone.

And Young Adult novels have got the literary world in a stranglehold.  Vampires and teen romances, coming of age stories—the YA market is more popular and more influential than ever.  Stephen Colbert might call YA “books that people actually read,” but in defense of YA, it’s a fictional category—it’s only been around a few decades and acts more as a marketing technique and shelving suggestion than a hard and fast category (books like Catcher in the Rye, for example, would have fallen into YA if they were published now, which is a bit mind-boggling). 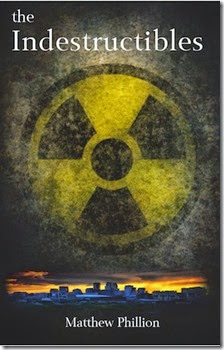 With my own superhero novel, The Indestructibles, I have to admit it feels very strange marketing it as YA.  I don’t disagree—it’s about a team of rookie, teenaged superheroes fumbling their way toward heroism—but, well, it’s a book I would read myself as a guy in my mid-to-late thirties.  What is YA, and where do superheroes fit in to all of this?

I’m convinced most YA authors don’t set out to write YA.  I admit I wanted to keep my own book closer to all ages. As a prodigious user of curse words in my day to day life, I had a note over my desk saying DON’T SWEAR while I was writing as a reminder to keep it clean—this is not hyperbole.  However, my real goals were to write a story that would entertain myself and my fellow superhero comic book readers in a prose setting.  I wanted to try to write a love letter to comics, with all of the snappy patter and cinematic fight scenes from the superhero stories we grew up with, while hopefully creating something new and fun.

And in the end I thought, oh no, I think I wrote a YA book.

Given the market trends right now, it was a lucky accident, and one I think a lot of writers find themselves in.  Can this be categorized as YA?

And I think I got lucky with my content as well.  There is something inherently not childish but rather all ages about superhero stories, and our society and culture have finally realized that.  For a long time, adults were shamed for loving superhero stories.  They’re stories for kids, we were told.  Grow up.  But just because something is accessible to young readers (whether they are four-color Archie comics, Watchmen, or The Perks of Being a Wallflower) doesn’t make it exclusively so.  While we get more and more restrictive with the categories we put books into, I think readers—and let’s face it, the readers are the most important part of the equation here—have figured out that the most important thing is to read what brings you enjoyment.

I didn’t write a YA superhero novel myself because superheroes and YA were the hot sellers this year (though admittedly it didn’t hurt).  I wrote a superhero novel because in my mid-thirties I realized what I really wanted to do was write about superheroes.  I was a far stronger writer than artist.  (I deliberately kept my heroes’ costumes a little vague in the book to allow for reader imagination, but also because I probably couldn’t draw them accurately myself if I tried.)  And I inadvertently kept the content all-ages enough to fit into a YA mold.

Someone once told me that, similar to the rush of vampire and werewolf books by mainstream authors in recent years, they wanted to tell authors to go write superhero books to hop on the current trend.  My reaction wasn’t “No!  Not competition!”  My reaction was: “You can’t fake this.” 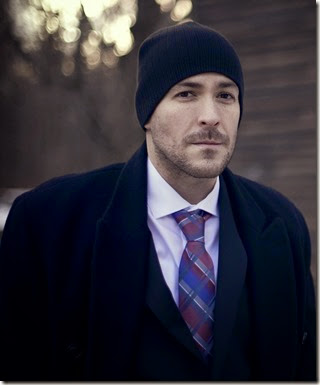 I spent the weekend at Boston Comic Con recently and was blown away by the sense of community, by the shared experience, by the knowledge that everyone there was on the same team, from readers and collectors to cosplayers and vendors.  While I was at my booth a young woman crossplaying at Spider Jerusalem walked by and I yelled out to her to compliment her choice, because Spider in all his vulgarity actually inspired me to become a journalist myself.  Because I knew who she was, and I knew the shared experience of loving that character.

That’s the real beauty of reading, whether it is comics, novels, superheroes, romances.  The wonder of shared imaginative storytelling.

You can’t fake the joy of loving comics.  You can’t fake an understanding of the culture of superheroes. It’s got to be in your veins.  And I think this is why we’re seeing a bumper crop of new superhero prose fiction—there’s a lot of love out there for this type of content, and it’s out in the open.  It’s a big old tribe and it is having its day in the sun.

We live in interesting times.  And I’m excited to be a part of it, as a writer, as a reader and as a fan.

Matthew Phillion is a writer, actor, and film director based in Salem, Massachusetts.  The Indestructibles, a Young Adult superhero adventure story, is his first novel.

He has appeared in feature films including the sci-fi romance Harvest Moon and the independent horror flick Livestock.  His screenwriting and directing debut, the romantic comedy Certainly Never, premiered in 2013 at the Massachusetts Independent Film Festival where it was nominated for five awards including best screenplay and best New England film.  An active freelance writer, Phillion continues to write about both local issues and the medical industry as both a freelance journalist and newspaper editor.